The Government regret the criticism of its policies, in relation to the upholding of theNature Protection Act, by new Opposition Leader Daniel Feetham in an interview in Spain with the Spanish media.

While everyone is free to say whatever they like, wherever they like, it has been a generally accepted convention that Gibraltarian politicians maintain a united front on national issues when making statements in Spain. 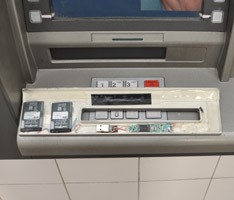 An ATM cash machine skimming device has been detected at a local ATM when a member of the public discovered the device whilst in the process of carrying out a transaction.

Card skimming devices are built to closely resemble the panels on existing ATM’s and are placed over the original, requiring close inspection for their presence to be detected. They work in one of two ways;

Card trapping device: This is usually placed over the card entry slot and ‘traps’ the card as it goes in. The user inputs his PIN number but does not have his card returned. Once he leaves the ATM, the fraudster will remove his duplicate entry slot device and retrieve the card. 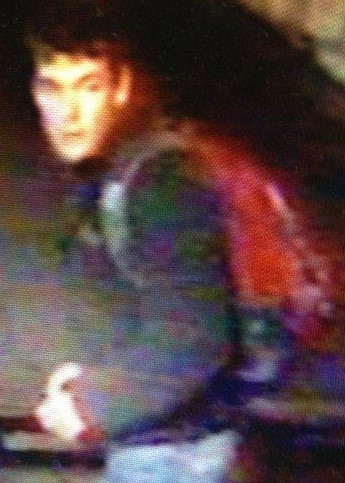 Officers investigating a Burglary at a local establishment between Thursday the 21st February and Friday the 22nd February 2013 are keen to speak to the person shown in the following two photographs.

Feb 25 - GET OUR MONKEYS BACK TO NATURE 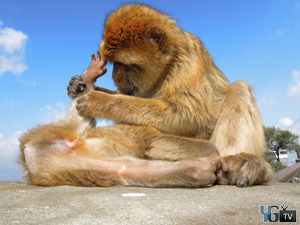 As part of the ‘Get our monkeys back to nature’ initiative, the Department of the Environment will be using various techniques to dissuade the Barbary Macaques from frequenting urban ‘hot spots.’ As macaques are afraid of loud noises, one of the methods to be used by the Department will be that of noise makers.

The general public is therefore to be aware that Environment Officers will be deploying these noise makers around different areas of Gibraltar. The first areas to be tackled are South Bastion and Laguna Estate. Residents of these areas are asked not to be alarmed if they hear loud ‘bangs’ in these areas at random times throughout the day, starting on Wednesday 27th February and lasting for a period of two weeks.

The Government will issue further information on additional areas which may then be tackled with this method.