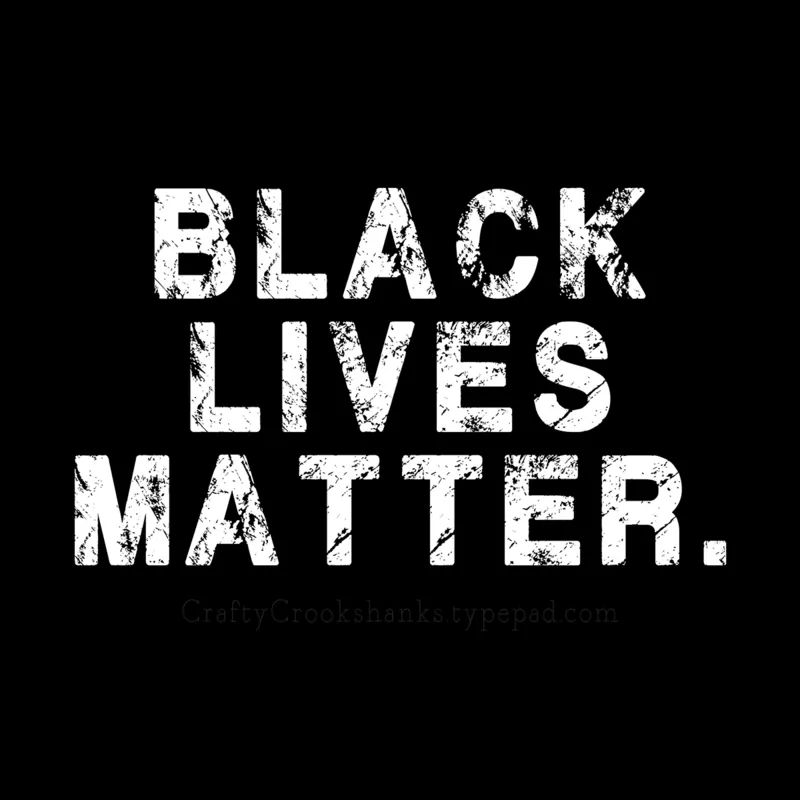 Why We're Protesting In Solidarity With Black Lives Matter

George Floyd was murdered by a police officer on the 25th of May. The knee buried in the black man's neck provided an image that has sparked worldwide anger. But racial oppression did not begin with Derek Chauvin's murder of George Floyd. Nor did police brutality in America. Neither did systemic racism.

The knee on the neck isn't symbolic of a broken system, it is the system. When the empires of Britain and Western Europe forced black people into slavery, they did it with a knee on the neck. Every modern capitalist society has had its knee on the neck of the other, usually of a different race and socio-economic class. A lot of us know this because it is part of the facts that make up our political analysis. But sometimes it takes that one image that sickens the human conscience and demands a sustained universal response. In nations and communities around the world, people are protesting, educating themselves, and demanding change on the systemic injustices closer to home because they see a knee on somebody's neck too.

Systemic injustices don't get challenged by winning an election or with the leadership of an individual personality. In fact, Black Lives Matter is partly a reaction to President Obama's inaction on racist police brutality. Merely electing an opponent to Trump will not solve centuries worth of injustice that made the American capitalist society possible as it is today. They are challenged by enough people committing to fighting for somebody else that they don't even know. In politics we call this solidarity, but it's at the core of every faith and secular ethic. It is the opposite of subjugation and oppression. It is the chain of hand on hand, as opposed to the knee on the neck.

Injustice anywhere is injustice everywhere. Even if this was a problem exclusive to America in every single way, we ought to find a way to protest it. The best form of protest, however, is one that goes further than marching on the streets or writing articles like these. This is an opportunity to take an introspective look in our communities and challenge systemic injustices at home.

Gibraltar is a product of colonialism. Gibraltarians have at one point or other had a knee on their neck by an imperial power, itself a major player in the slave trade and the conditions that founded the systemic injustices we see today. The United Kingdom's internal racism and police violence, while not at US levels, is still deep and being correctly challenged by protestors at time of writing. We should do what many in the UK are doing and bring these conversations into the mainstream discourse. We must ask ourselves: "How have parts of our community had a knee on their neck?".

Being a diverse community does not prevent racism. But, with a bit of solidarity, being a diverse community can help us come together and challenge racism. The first step is acknowledging that it is systemic and it often replicates in the way that we talk and think. Tropes and stereotypes are ubiquitous. The racist often feels insulted at having their comment described as such, but it misses the point. If you're coming from a position of solidarity, it is the acknowledgement of racism in society and its everyday expressions that is a necessary first step in challenging the systemic injustices. Of course, some people are genuinely ideologically racist and shed more tears over the removal of a statue of a slave trader than they do over the murder of a black man. We just have to hope that there are more of us who are sickened by injustice, and fewer of them who are sickened by the "other".

As the Rock continues to unlock, it is time to organise in a safe but meaningful way. If you are a UK resident, email your MP and demand that they block the export of tear gas and rubber bullets to the US, the prior of which has recently resulted in the death of a 22 year old woman while protesting in America. If you want to get involved with anti-racist movements in the US, we are in the process of launching a Democratic Socialists of America international branch in the UK which you can sign-up to.

If you're only resident in Gibraltar, ask politicians here to raise this with UK MPs that they have contact with. Listen to black people in Gibraltar and their experience. Listen to minorities such as the Moroccan community and how systemic racism has painted their lived experience, be it through housing or at the workplace. Tolerance only goes so far. Tolerating someone implies that you are putting up with something bad about them. We can move from a tolerant society to an engaged society, interested in and in solidarity with the brothers and sisters that form it. The lesson of Black Lives Matter is that the rest of a nation's population cannot turn a blind eye and expect change. This is why we intend on holding a solidarity protest in Gibraltar on July 4th, American Independence Day.