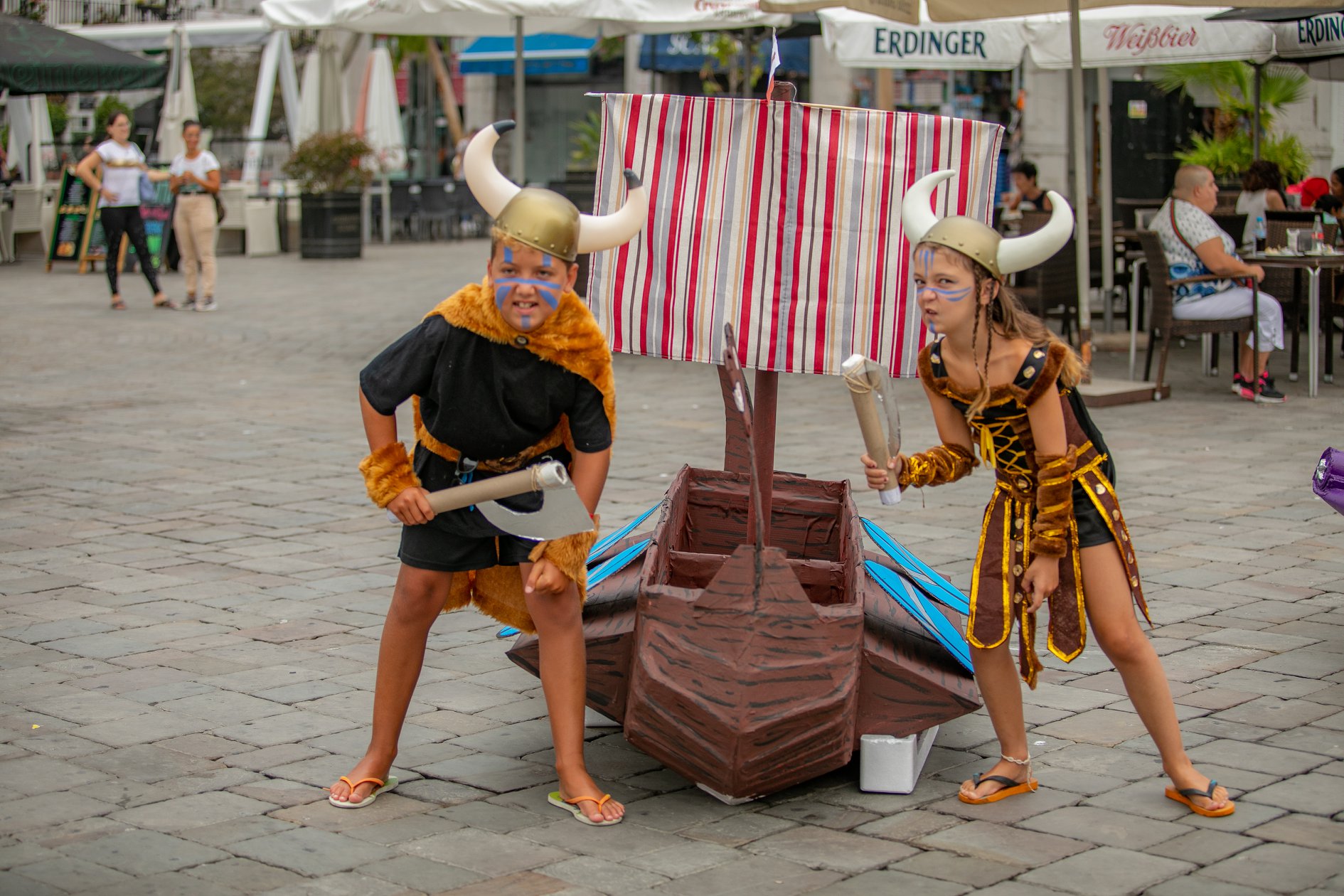 The 11th Anniversary of the RAOB & Ocean Village Charity Cardboard Boat Race achieved a turnout of 18 boats and raised over £5000.

A statement from Ocean Village follows below:

The atmosphere in Ocean Village resort was buzzing as the  huge crowd clamoured to watch the action and to cheer on the contestants.  Radio Gibraltar held an outside broadcast keeping everyone updated on the action and the race was compered by the inimitable Frankie Hatton.

Over 18 stunning cardboard creations, many which took several months to build, battled it out in the marina waters.

The Children’s Race was won by a spectacular Viking boat and they also won best Children’s Fancy Dress!

Stand-out boat designs from the Seniors were the Landrover Defender from A.M Cappuro who won Best Boat Design, Batman from JP Haulage, complete with cardboard comic design fighting bubbles, and the “Morrisippi” Steam-Roller from Morrison’s, complete with a  20’s style flapper outfit and captains outfit for the rowers.

“Morrisippi” steamed into first place in the Adults Race, just ahead of  Batman by JP Haulage who won 2nd place and Best Fancy Dress!

Special mention should also be given to Gib Sams charity who entered a creative green boat emblazoned with their telephone number to raise awareness for their cause and the Gibraltar No2 Air Cadets Sqn who wowed the crowd with “Tornado” a Fighter aircraft, turned cardboard boat!

The race was joined for another year by the 501st Legion who entertained the crowd with their Star Wars characters, some coming from as far as the north of Spain. The crowds absolutely loved the Stormtroopers who took photos for donations to the two chosen charities, Clubhouse Gibraltar and GBC Open Day.

After the races were finished and to raise even more money for charity, additional marina-related activities were offered. Ocean Village offered boat rides on their marina office RHIB, HMS Customs were on hand offering trips around the bay on their boat and some fantastic zorbing balls were available giving the sensation of walking on water!

Emilia Hazell-Smith, Marketing & Events for Ocean Village said: “It’s really amazing to see the effort and time spent on all the cardboard boats, and this year was no different! It’s something that’s really fantastic to see, when the local community gets together for the day and has the most fun in aid of such important causes, and we already can’t wait for next year!