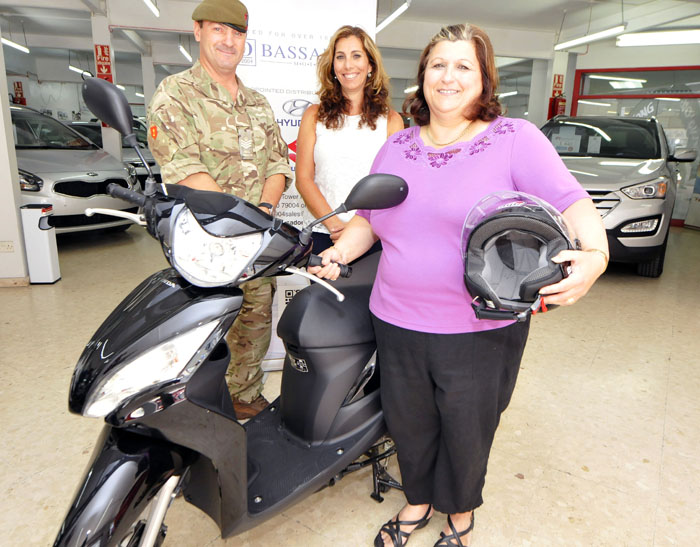 Registered Nurse Mrs Parody was absolutely delighted to win the Yamaha Moped, which was donated by Bassadone Motors.

She said: “I feel really happy, this is the first time I have won a major prize and I plan to enjoy the scooter before my upcoming retirement next year.”

CSgt Sean Cawood (pictured) and Sgt Paul Baggley organised this year’s annual event which was held in Casemates. Well over £3,000 was raised on the day with £1,000 each going to the RG Benevolent Fund, Autism Support Gibraltar and RICCS (Research into Childhood Cancer) a further £333.33 was also donated to Aid for Children. 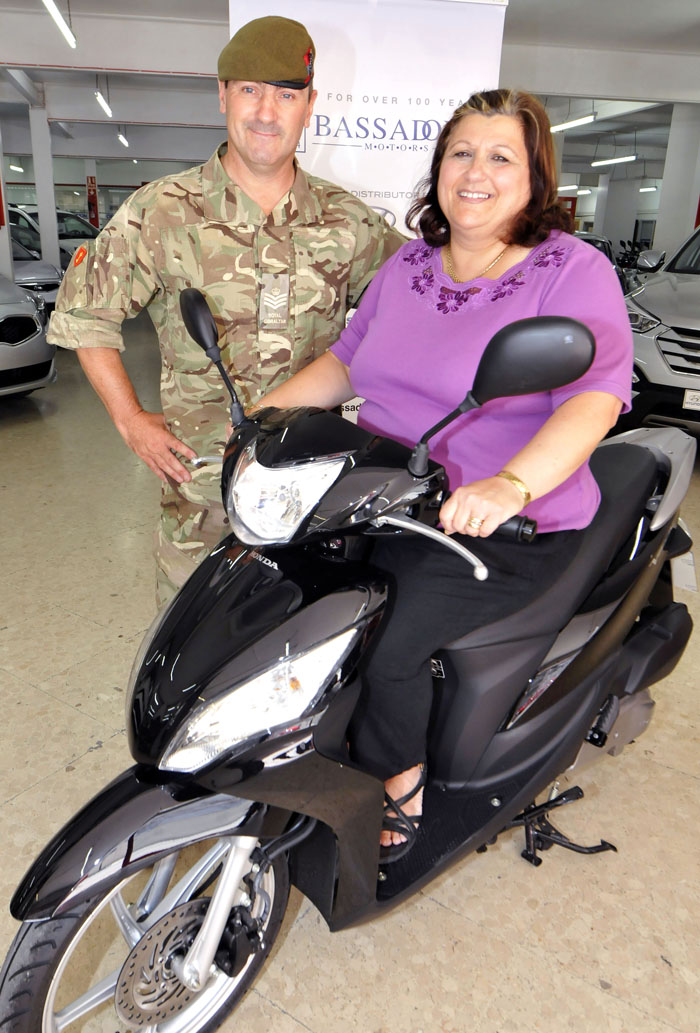