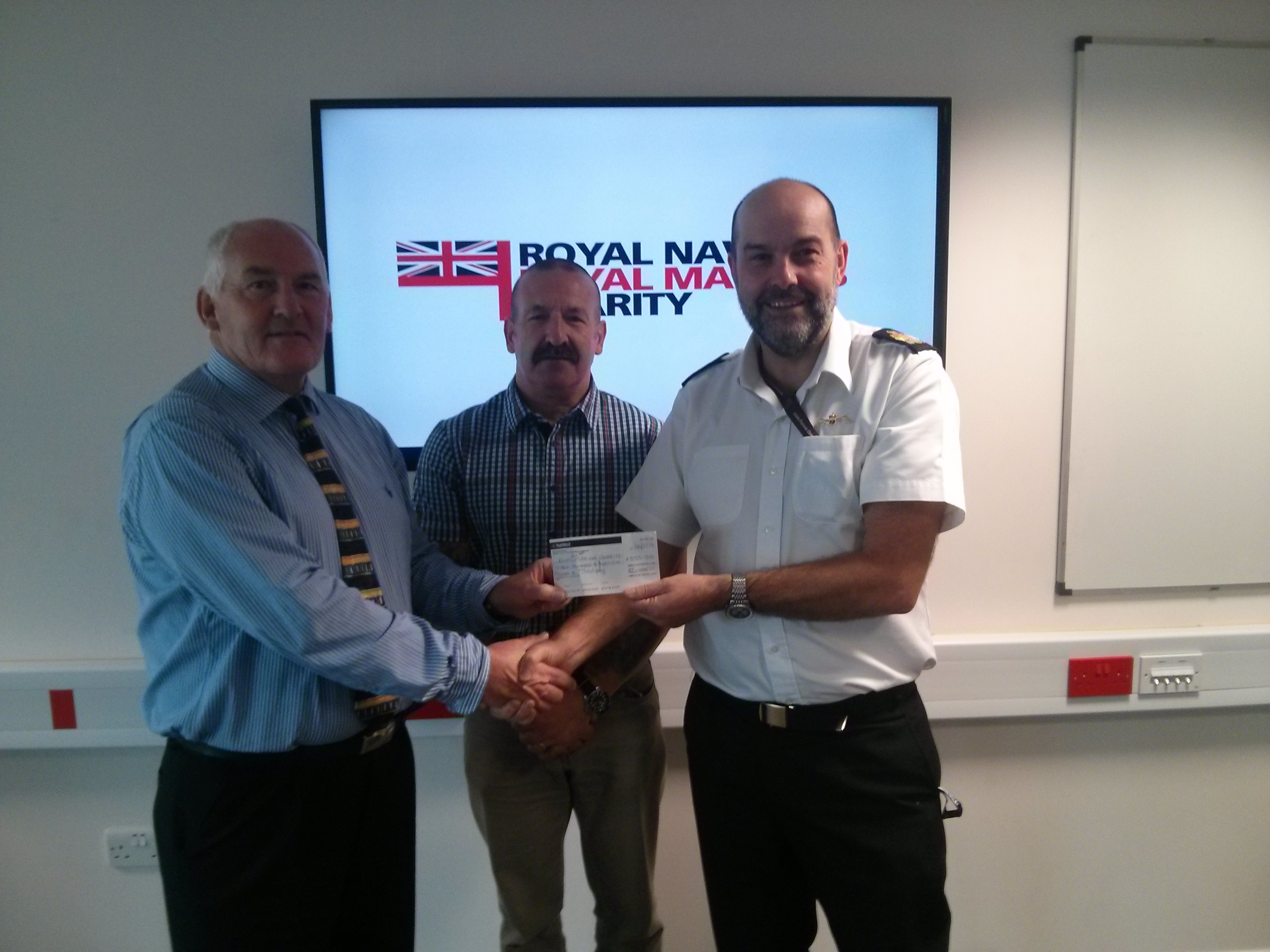 British Forces personnel presented a cheque for £335.30 to Dean Rogers, the Director of the Royal Navy and Royal Marines Charity last week.

WO1 Mac McLoughlin and Pete Murray-Jones raised the funds by voluntarily taking visiting MoD personnel on guided tours of the WWII Tunnels, and asking for a charity donation for their efforts.

They have averaged one tunnel tour a week over the last year and have given up their spare time during the evenings and weekends to help raise funds for the charity.

The Royal Navy and Royal Marines Charity aims to improve the lives of all who serve both past and present and their families especially those experiencing difficulty with child support, ill-health, old age or hard times.