Lady Dutton will be hosting a Flag Day to raise money for the Royal Marines Charitable Trust Fund on Wednesday 22nd October. 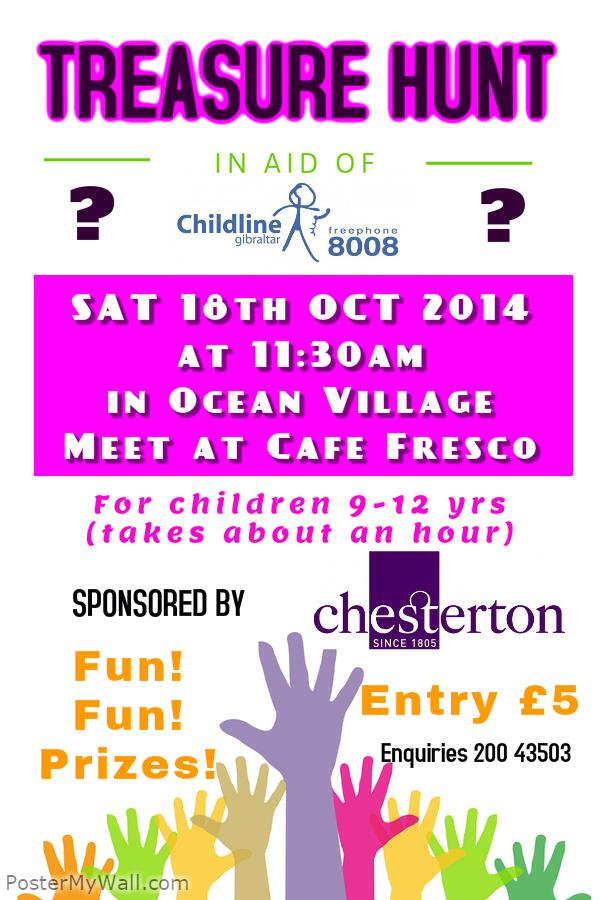 On Saturday 18th October, Childline Gibraltar will be holding a Treasure Hunt for children aged 9 to 12 inclusive in the Ocean Village area.  Every effort has been made to give the participants a fun morning and it is events like these that help us to encourage children to raise funds for those less fortunate within our community. 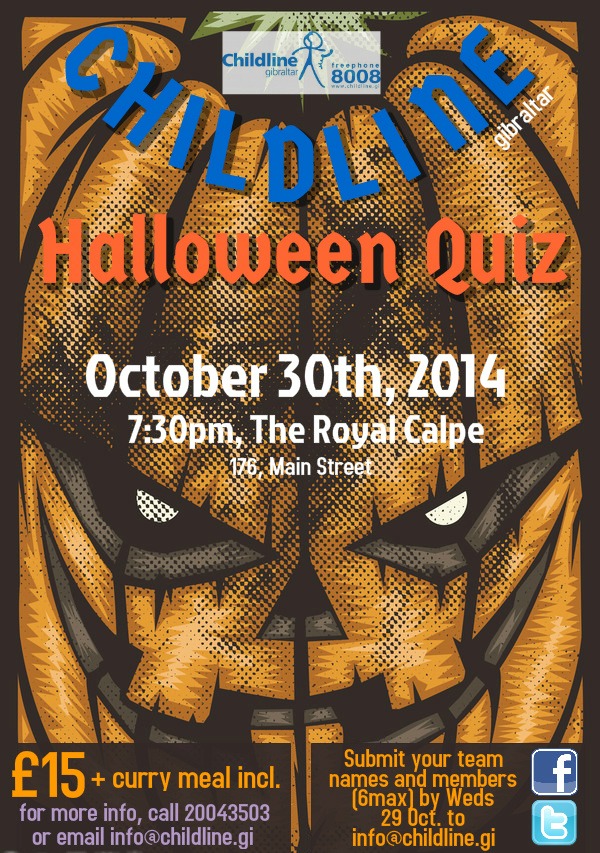 Childline is organising a Halloween Quiz Night, on the 30th October, 7.30 pm at The Royal Calpe. 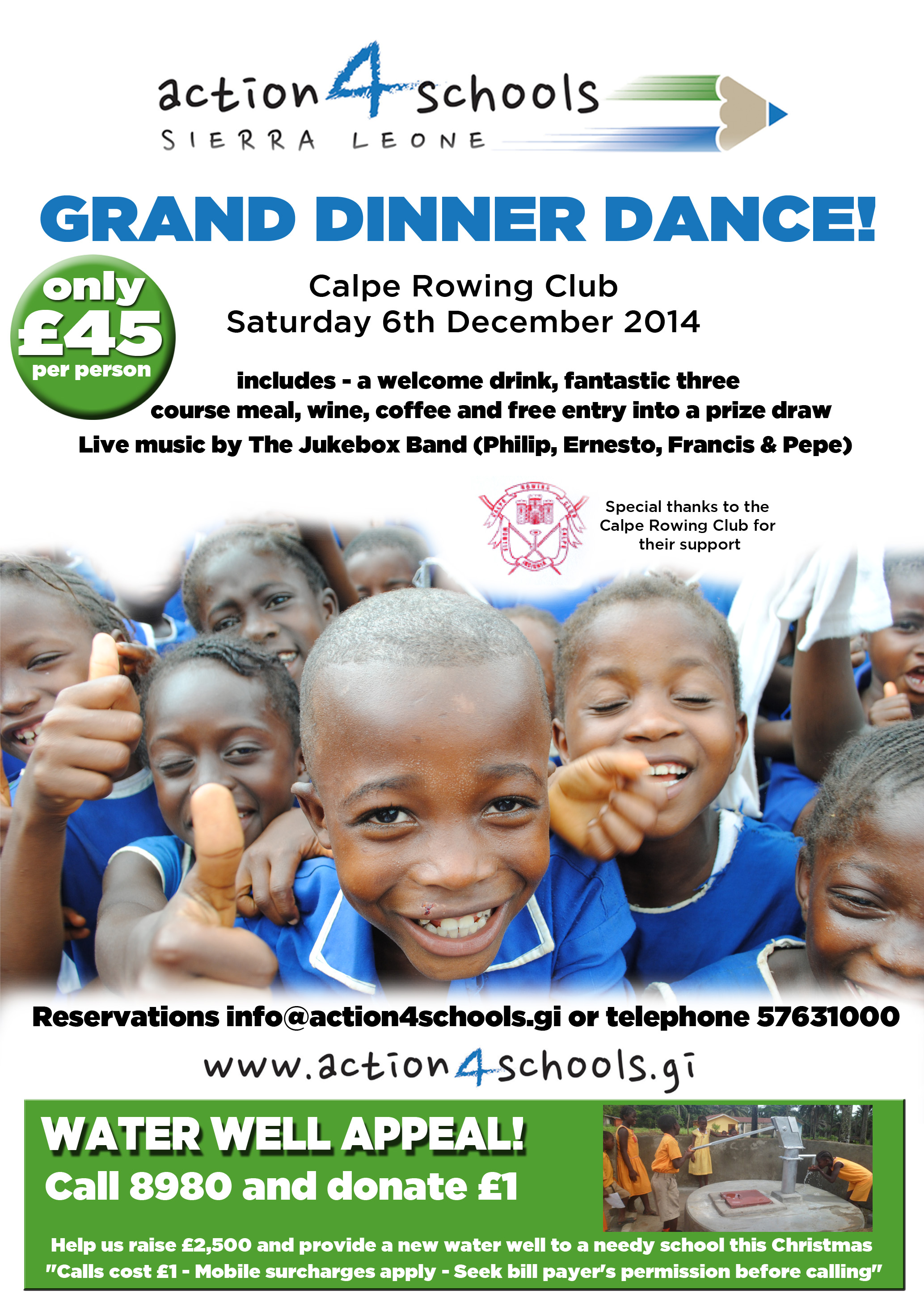 Local charitable organisation Action 4 Schools is holding a Grand Dinner Dance on Saturday 6th December at the Calpe Rowing Club with live music performed by The Jukebox Band. Pre dinner drinks are included in the £45 per person price, along with a 3 course meal, half a bottle of wine per person, coffee and chocolate and free entry into a prize draw. 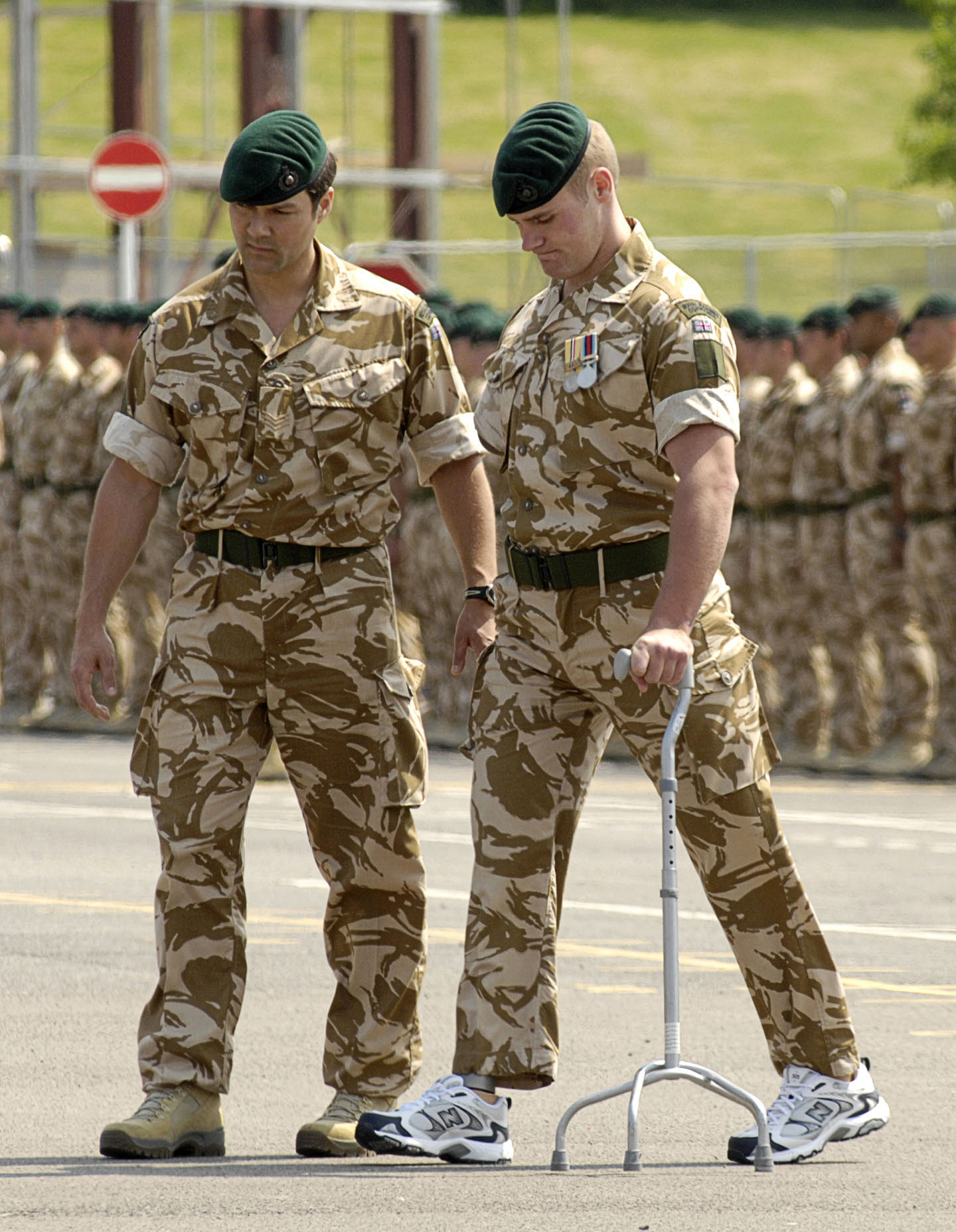