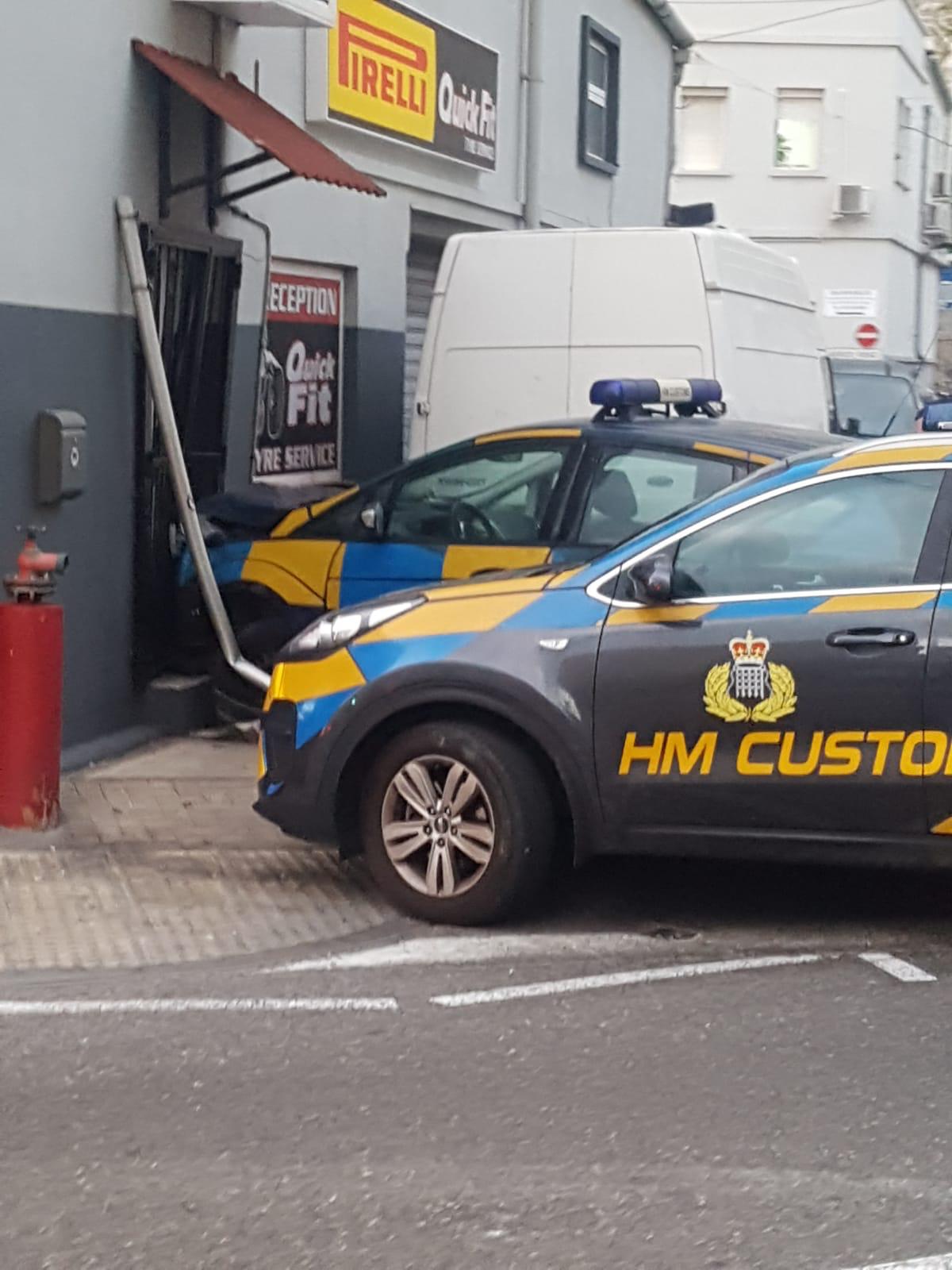 A Customs officer has been injured during an anti-smuggling operation.

In the early hours of this morning, in the area of Bayside Road as a result of an anti-smuggling operation, a suspect vehicle rammed an unmarked customs vehicle which was displaying blue lights and siren.

The suspect vehicle was chased down Devil’s Tower Road by another Customs vehicle which then crashed into the door of Quick Fit.

One officer suffered facial bleeding and was taken to St Bernard’s Hospital for treatment. The suspect vehicle was located in the area. No arrests have as yet been made but HM Customs says this is “very much an active ongoing  investigation.”