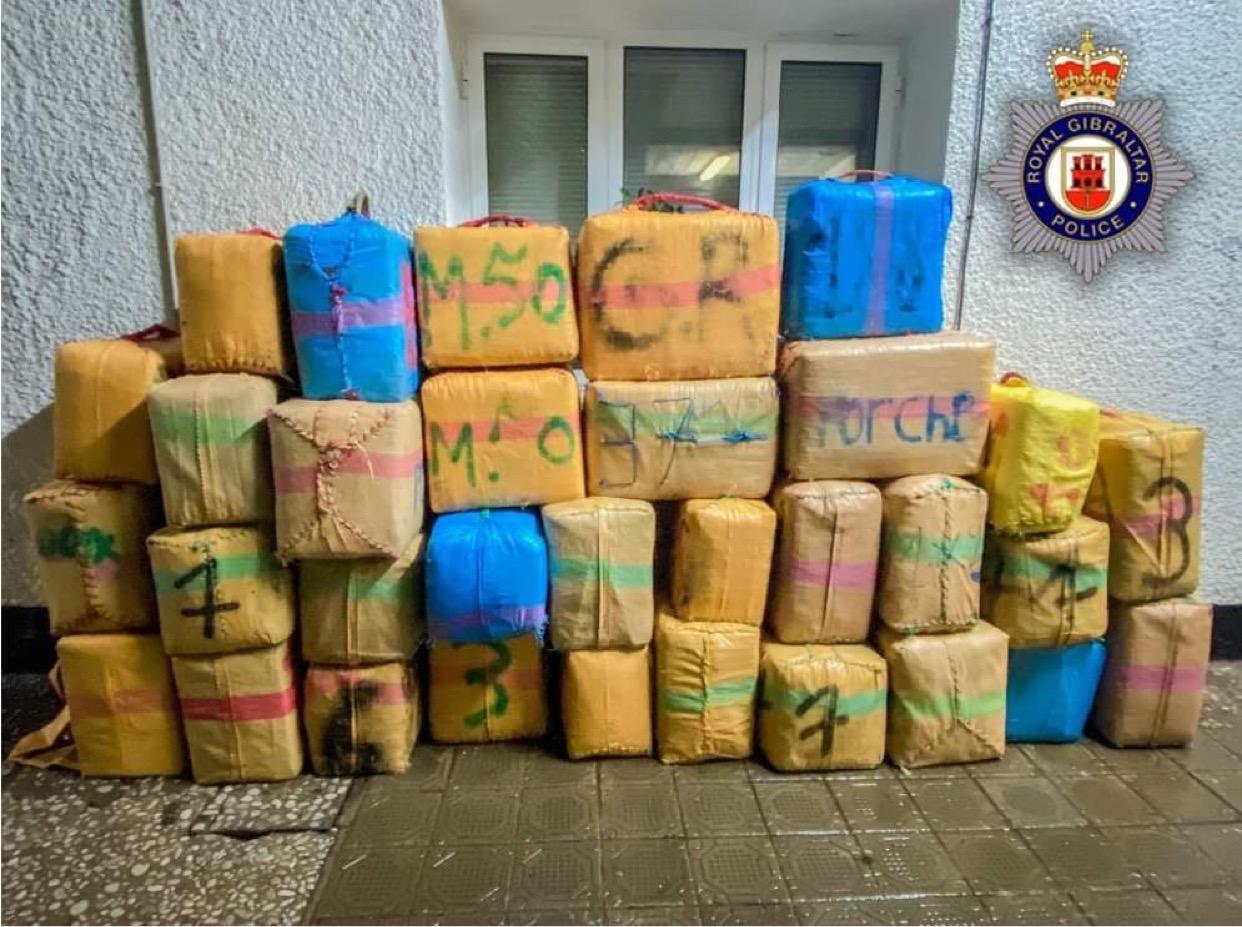 The RGP says a 31-year-old Moroccan national, Mourad BOULAICH MEHAMDI, has been charged in connection with the seizure of a rigid-hull inflatable vessel (RHIB) carrying 32 bales of cannabis  valued at approximately £6,5m at Eastern Beach on Friday 8th January.

In consequence of information received at about 1945hrs on Friday evening, Police Response  Team officers deployed to the area of Eastern Beach, where they located a 7-metre rigid-hull  inflatable vessel (RHIB), of the type used for illicit drug trafficking activity, which had run  aground at said location. A 7-metre RHIB powered by an outboard engine and 32 bales of  Cannabis Resin weighing approximately 1.3 tonnes were recovered from the scene with the  assistance from officers from HM Customs Gibraltar. The Gibraltar Defence Police also  assisted the RGP with the initial search for the RHIB’s crew, observed fleeing the scene on  foot in a northerly direction towards Spain.

Throughout the course of the evening and early hours of the morning, RGP detectives and  counterparts in both the Policia Nacional (La Linea) and Guardia Civil (Algeciras) engaged in  live intelligence exchanges, in consequence of which BOULAICH MEHAMDI was challenged by  Spanish Police at the land frontier as he attempted to enter Spain on foot. He was arrested  by RGP Drugs Squad officers who had by then taken over the investigation under Operation  Aquarian. Following extensive Drug Squad enquiries, BOULAICH MEHAMDI was later  interviewed and charged as follows:

The coordinated live exchange of intelligence with Spanish authorities culminated in the  morning of Saturday 9th January, with the interception and seizure of an additional RHIB  carrying approximately 1550kg of cannabis resin and the arrests of 3 Moroccan nationals by  the Guardia Civil under “Operation Crispaito,” in the area of Punta Nieve, Algeciras.

Commissioner of Police Richard Ullger expressed his satisfaction with the overall result in this  case, coming at the end of a challenging week for policing and the inclement weather  conditions at the time of the incident.

“I am full of praise at the initial prompt response by uniformed officers and the dedication of  our detectives who worked tirelessly throughout the night into Saturday, and I’m also grateful  for the initial assistance afforded to my officers by colleagues from both HM Customs &  Gibraltar Defence Police. This latest investigation provided the opportunity to activate and  utilise the excellent cooperation and communications mechanisms in place between the RGP  and both the Cuerpo Nacional de Policia and Guardia Civil. The live intelligence exchanges  well into the early hours contributed directly to our apprehension of the principal suspect at  the land frontier, as well as another significant drugs seizure in Algeciras and with links to our  own operation.

“Organised crime is inherently transnational, causes significant harm and affects the stability  of communities. The RGP will not allow Gibraltar to be used as a perceived safe haven for  organised criminals, and will continue to challenge drugs trafficking activity and associated  criminality, as well as targeting logistical networks and proceeds of crime alongside our local,  regional and international partners.”

BOULAICH MEHAMDI will be appearing before the Magistrates’ Court on Monday 11th January  2021.