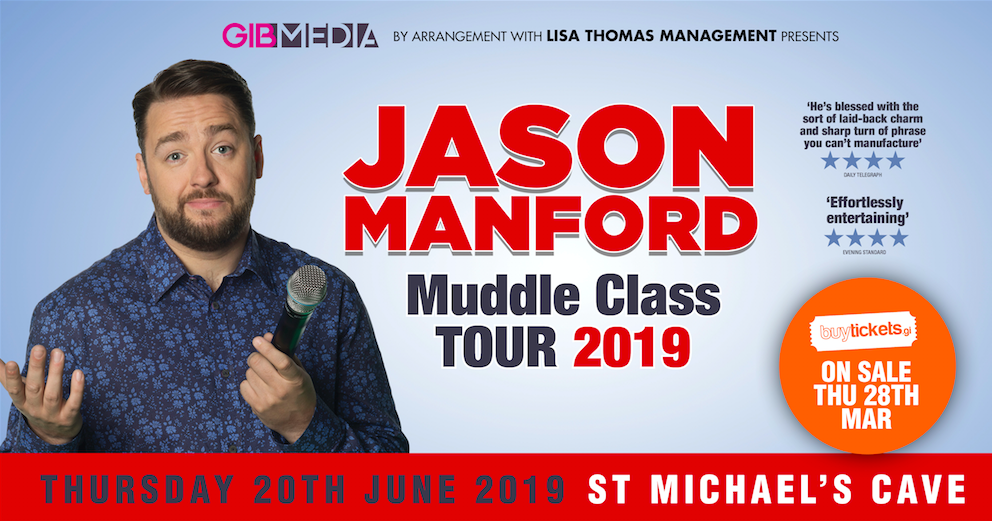 Comedian Jason Manford has added Gibraltar to his live tour ‘Muddle Class’. His first comedy tour since his hugely successful 2013/14 tour ‘First World problems’ which ran for 18 months to rave reviews. The comedian, writer, actor and presenter has more than 250 tour dates across the UK and, by the time the show comes to the Rock, it will have enjoyed an audience of close to half a million people.

Jason Manford said : “Really excited to be making my Gibraltar debut, sea, sand, sunshine, don’t have to learn another language or get my money changed! Can’t wait!”

The show explores Jason’s life growing up ‘working class’, then finding that as he’s got older, part of him has become ‘middle class’, causing much confusion!

Promoters GibMedia say they are pleased to have secured a date for Gibraltar following the sell-out success of their Jimmy Carr shows.

Director Jordan Lopez said: “There is obviously a huge appetite for quality comedy in Gibraltar and we are delighted to be working with the best talent the UK has to offer, and bring top class comedy to the Rock.”