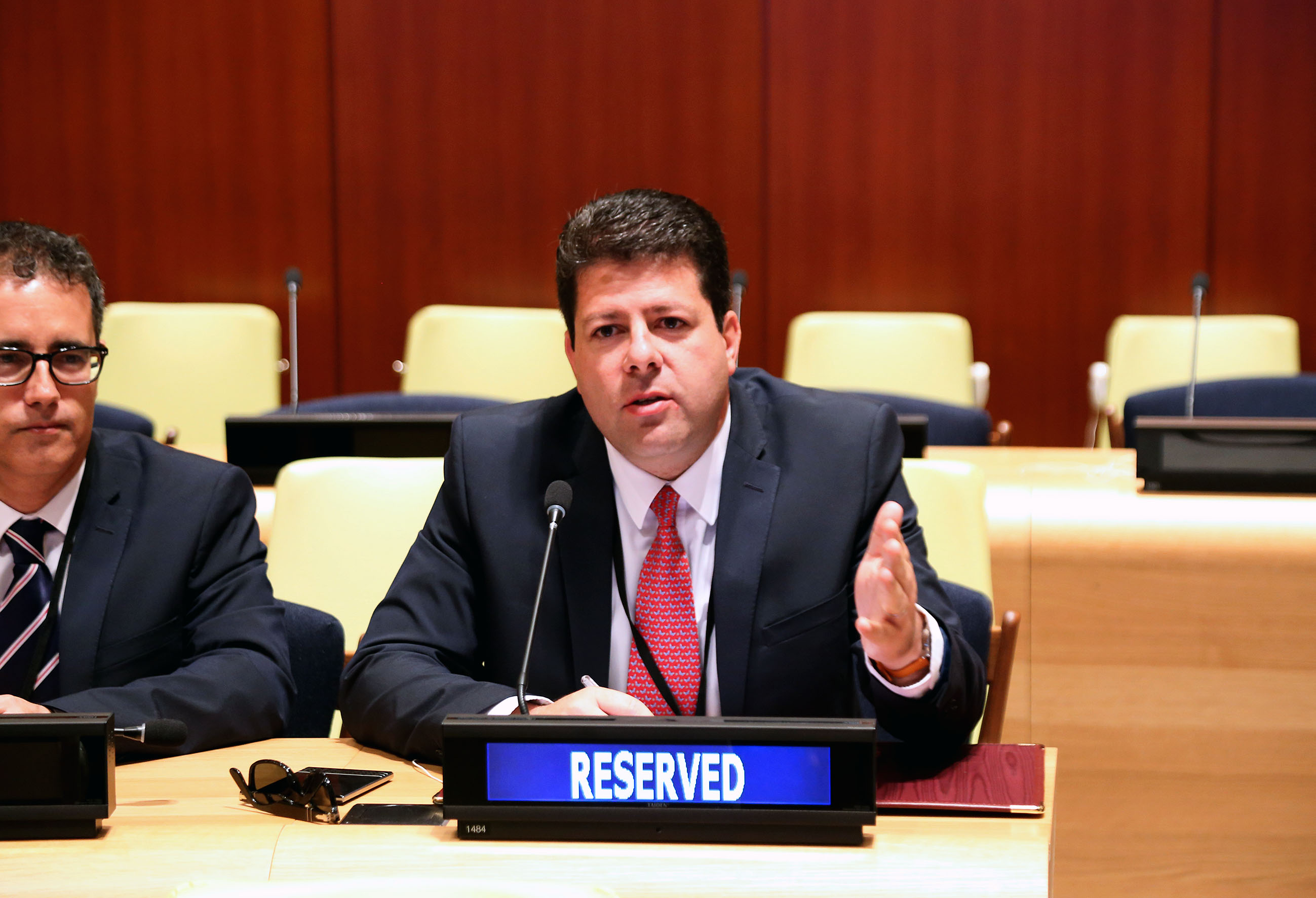 This is a full transcript of the Chief Minister Fabian Picardo's speech to the United Nations Committee of 24.

Before I start my address today in earnest, let me say that I speak publically for the first time after the Orlando murders and I want to associate myself and the whole Gibraltarian nation with the words of condolence that have rang out from across the world to the American people and in particular to the Lesbian, Gay, Bisexual and Transgender community.

Let me also start by congratulating you on your taking the Chair of this Committee.

But let me not lull you into any idea that you should feel any sense of satisfaction in having achieved the Chair.

You see our people are suffering today NOT the yoke of colonialism, BUT the suppression of their inalienable international legal rights as a result of the deliberate inaction by this Committee.

Because, lets be clear, Mr Chairman.

This Committee is established for a clear purpose.

Your mandate is to protect and promote the interests of the people of the non-self-governing territories.

You are failing spectacularly in this mission.

It should also be clear that you are not appointed to act as referees or arbiters in the territorial or other disputes which might exist between states.

The experienced and distinguished Joe Bossano reminded you in detail of this in Nicaragua two weeks ago.

Yet your predecessor, His Excellency Xavier Lasso Mendoza, told me last year to be patient and to understand the limits of this Committee’s power.

He even told me that in inviting you to visit Gibraltar and to opine on our Constitutional development, I was asking the Committee to do things it was not empowered to do.

He was, of course wrong and his answers demonstrate why your Committee’s inaction is so corrosive of the international legal order.

Your powers and obligations are set out clearly in the Charter and other instruments.

You are definitely empowered to carry out visiting missions to listed territories.

That is what I was asking the Committee to do last year.

To come to Gibraltar.

To see the reality of our lives.

In parallel to my request for a visit, earlier this year, I wrote inviting the Committee to hold its annual seminar in Gibraltar.

I want to thank you Mr Chairman for your frank and clear letter in response telling us why you would not come.

You told us that the alleged “territorial dispute” relating to Gibraltar prevents you from holding the seminar in our country.

Thank you for your refreshing candour Mr Chairman.

You have confirmed what we already knew:

That the spurious Spanish claims to the sovereignty of our land are in fact being allowed to influence you in an entirely inappropriate manner.

What the Committee should ask itself is this:

If Spain thought that coming to Gibraltar would persuade you of the veracity of her arguments, wouldn’t her Ambassador be urging you to come to the territory?

So isn’t it obvious to you that Spain knows that the reality on the ground in our small nation is entirely contrary to its pernicious and untrue rhetoric?

If not, I challenge His Excellency, the Honourable Ambassador of Spain, to tell us: why do they purport to block your visit?

This Committee would do well to read the soon to be published seminal judgment of the Court of Arbitration for Sport in the case brought by the Gibraltar Football Association against FIFA.

That distinguished international Court has recently overturned Spain’s objections to our entry into the organisation that governs world football.

The CAS found that there was no legitimate sovereignty dispute over Gibraltar and there is no pending legal dispute as a matter of public international law.

In fact, it is fifty years this year since the UK challenged the Government of Spain to test its Sovereignty claim to Gibraltar before the International Court of Justice. 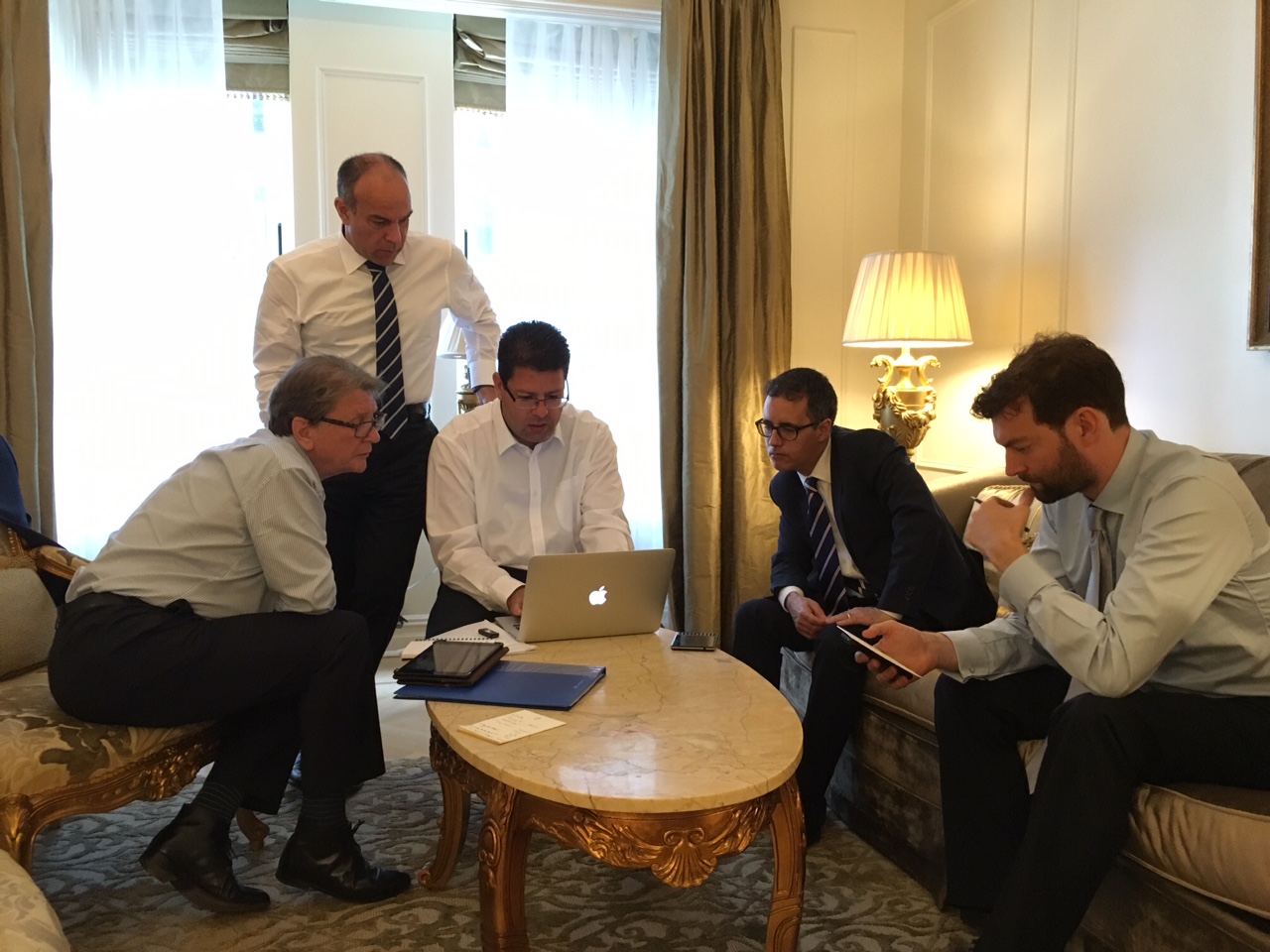 HALF A CENTURY LATER, Spain has still not submitted to an objective determination of the issues.

That is NOT an anniversary for the Spanish Government to celebrate.

Five decades have passed and now it must be clear to you that Spain knows it would never prevail against us in a Court which fairly and objectively applied our rights under the UN Charter and the established principles of International Law.

As a number of Spanish diplomats have themselves declared after retirement: the Spanish claims against Gibraltar are completely flawed.

Having ceded Gibraltar by Treaty over 300 years ago, Spain now relies on the pernicious collaboration of bodies like this Committee to advance by stealth the claims it will not take to court.

Because by failing to act as you are required to do, you are not acting neutrally.

You are in effect taking Spain’s side against us.

But make no mistake about it:

Spain is factually, legally and morally wrong in all the contentions it makes on the question of Gibraltar.

And for that reason she will never prevail in her misconceived, illegal and immoral claim to take our homes against our will.

Generations of Gibraltarian leaders have crossed the ocean to come here in the defence of our rights.

I have crossed an ocean once again this year to be here to speak for ten minutes, to show you that we will never surrender.

My esteemed colleague Joe Bossano has also crossed an ocean once again this year to challenge the manner in which you are allowing your seminar reports to be distorted by failing to reflect what was said at those meetings.

That really is a stunning indictment of the way that this Committee is conspiring with Spain against the interests of the people of Gibraltar.

We will ensure that the historical record reflects these failures each time that they occur.

Because each time that this Committee acts in such a manner it is a betrayal of the rights of the people who you are constituted to protect but instead are trying to undermine.

And that betrayal will not be allowed by us to pass unchallenged or unnoticed.

Finally, as you will know, Mr Chairman, Gibraltar will vote next week, alongside the United Kingdom, in the referendum on continued membership of the European Union.

The current caretaker Spanish Foreign Minister is already threatening to close our frontier in the event that the UK were to leave the EU.

Snr Margallo has said that if we want post-Brexit access to the Single European Market we would have to accept Joint Sovereignty between the UK and Spain.

That is political blackmail of the most infantile sort.

Let me ensure we are clear with Snr Margallo, with the whole Government of the Kingdom of Spain and with this Committee, Mr Chairman.

We want friendship and co-operation with the people of Spain.

But the people of Gibraltar said no to Joint Sovereignty in our referendum of 2002.

By 98% we rejected Joint Sovereignty then.

But that was obviously not loud and clear enough.

So let me be unequivocal so that there is no mistake or any further foolish repetition of this warped notion for the transfer of our sovereignty:

Gibraltarian is not for sale.

The Gibraltarians will not be bribed.

The Gibraltarians will never surrender.

We will never, ever be Spanish. 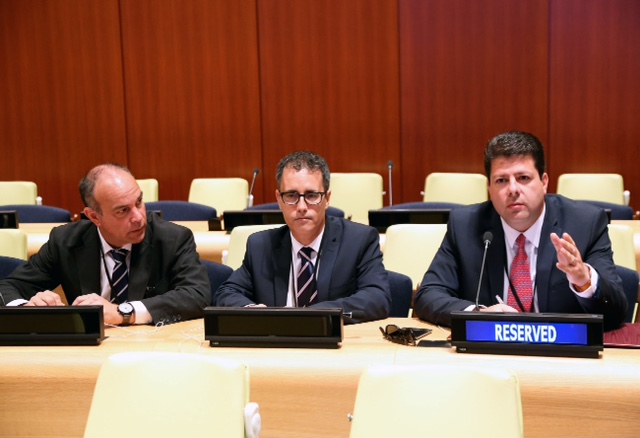 Spain gave up Gibraltar “FOREVER” in 1713 in the Treaty of Utrecht and we have not changed and will not ever change our position.

His Excellency the distinguished Spanish Ambassador should get his political masters a dictionary so they can look up “NEVER” and “FOREVER” and work out once and for all what we are saying.

I know my words frustrate the expansionist ambitions of the Spanish Government to redraw the map of southern Europe.

I also know that my words here today echo the wishes of all the People of Gibraltar.

And those wishes are what should matter most to you if you were to finally stand up and fulfil your obligations to the people of Gibraltar as you must.

That is what you are here for.

That is what the Charter requires of you.

That is what we expect.