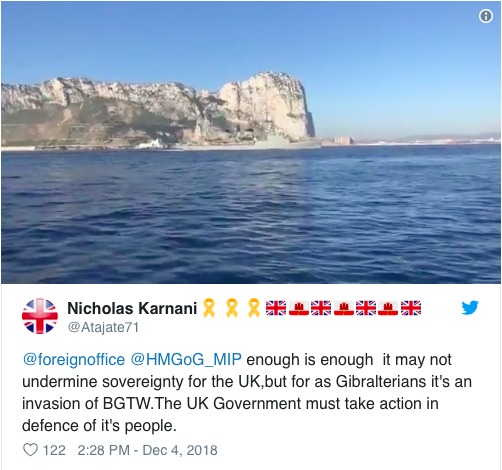 A Spanish navy warship played Spain’s national anthem during an incursion on the east side earlier today. A video of the incident was posted by local Twitter user Nicholas Karnani and has been covered by the UK press.
A Government spokesperson said: “Today’s Spanish Naval incursion into British Gibraltar Territorial Waters represents an unprofessional provocation which is as childish as it is meaningless.”