May 13 - Chief Minister Calls For “Restraint, Responsibility And Reasonableness” In Dispute With Teachers

The Chief Minister has called for “restraint, reasonableness and responsibility” in the ongoing dispute with teachers.

A statement from Number Six continued: “The Gibraltar NASUWT has circulated a copy of the Chief Minister's letter to all its members and told them that they will be balloted on whether or not they wish to take industrial action.

“As a result, given the wide circulation the letter now enjoys, the Chief Minister is publishing the letter with this press release so it is available to anyone who wants to fully understand the terms of the response sent to the teacher's union and which has resulted in the decision to ballot for industrial action.

“The Government has also received a communication directly from NASUWT in the United Kingdom notifying it of the fact that the ballot is taking place.

“The Government considers that the Chief Minister's response is a fair, proportionate and reasonable response in the face of a claim for massive pay rises of almost 50% for starting salaries and which would amount to an increase of almost 70% over the past 7 year period.

“Indeed, the Government notes that members of the Executive Committee of the teacher's union are on record themselves saying that their claims would be "foolish" if they exceeded 40%. Yet that is the quantum of many aspects of the claim put by the teachers.

“The Government nonetheless recognises that there is a negotiation to be had on the pay claim. It is for that reason that the Government had agreed with the Executive Committee of the teacher's union to work with PWC on their claims - an agreement that teachers have subsequently withdrawn from.

“The Government will continue to work on the pay claim and to work to the timetable set out, in good faith, in Mr Picardo's letter.”

Mr Picardo said: "I am making a call for restraint, reasonableness and for responsibility.

“I want us to resolve matters to mutual satisfaction as soon as possible during the hiatus in the Brexit process.

“But I want to be clear in saying industrial action will not help to resolve matters. All it will do is exacerbate tensions and make it harder or impossible to negotiate. That will further delay a potential positive resolution of teachers' claims.

“So I call on teachers not to proceed with industrial action and instead to engage with us in the good faith process we are undertaking with PWC in assessing the massive pay claims made which can have enormous, knock-on effects beyond the profession.

“Finally, I have seen comments on social media which are negative about teachers arising from their conditioned hours and their holiday entitlement. My message to Gibraltar is to respect teachers and respect the work they do. Our society is what it is today in great measure because of the great teachers our community has produced. Those teachers who had the vocation to teach made many of us who we are today and I have long been clear in my mind that my academic achievements were possible thanks to my teachers. My professional and political life has flowed from that academic grounding my teachers gave me. Of course we don't require teachers to be in school when our children are on holidays, but that doesn't mean they don't also work part of that time. That's why I am not rejecting this claim and instead I am working on it in order to reach a mutually satisfactory conclusion. But the community needs to stop attacking teachers on social media just because their union has made a pay claim that we cannot agree to and we are working on." 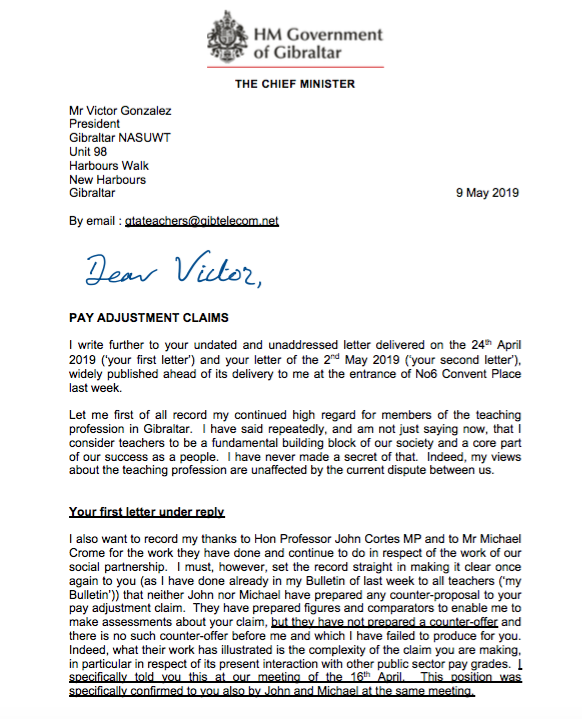 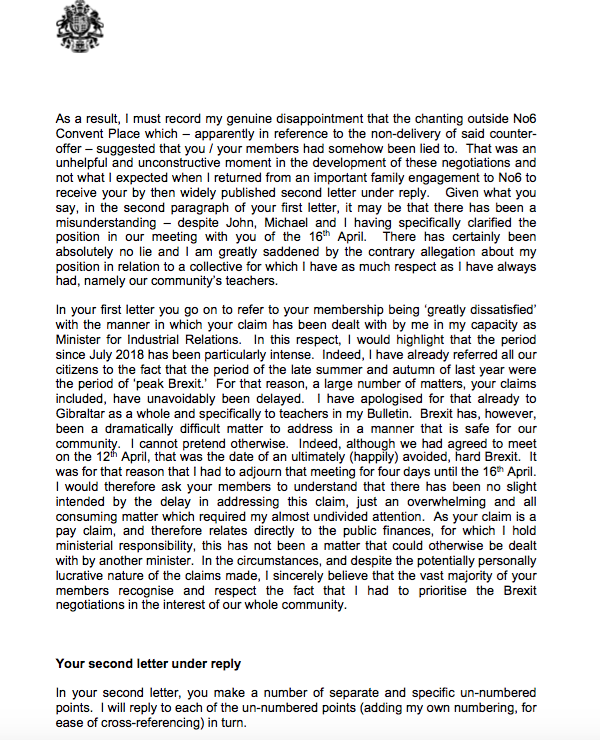 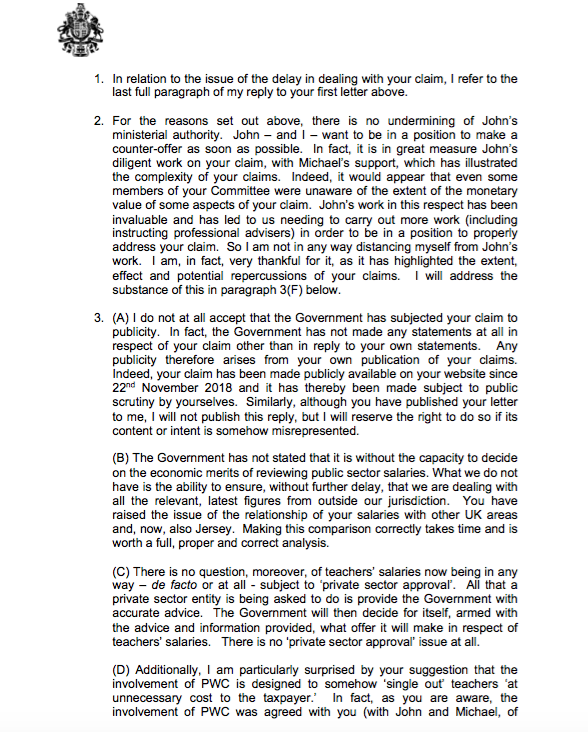 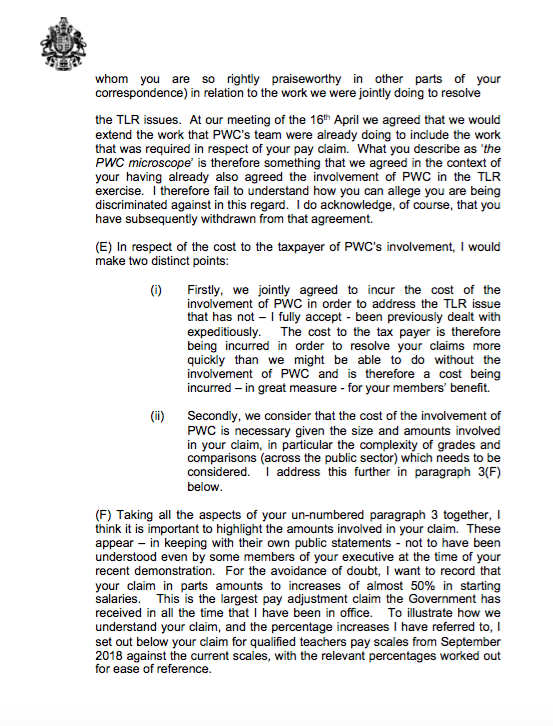 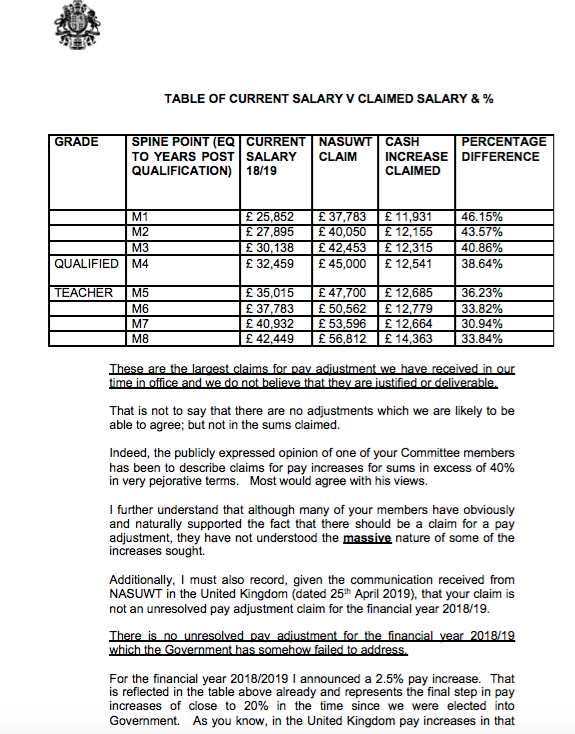 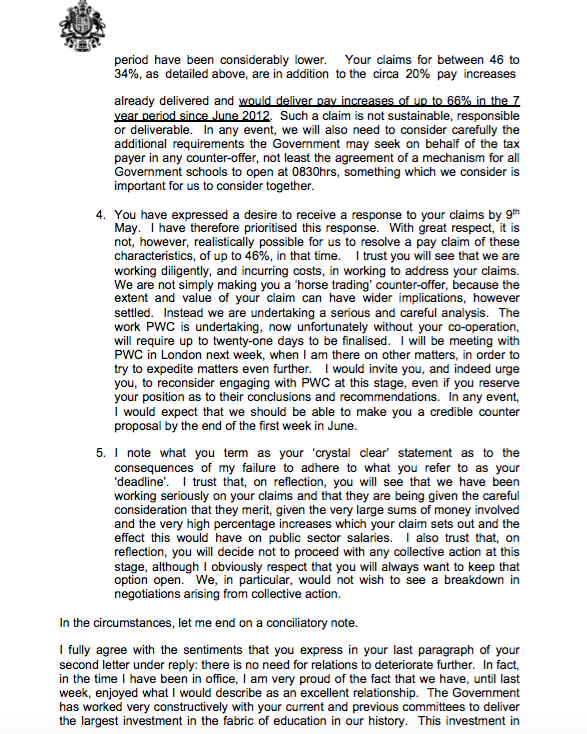 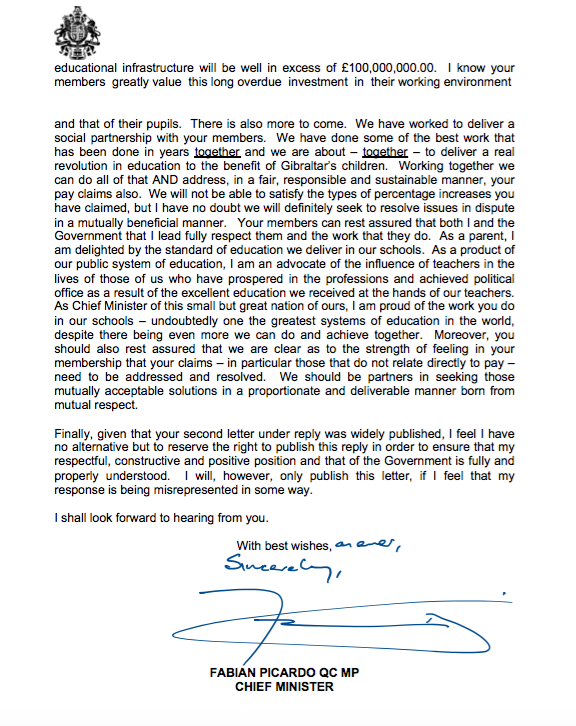