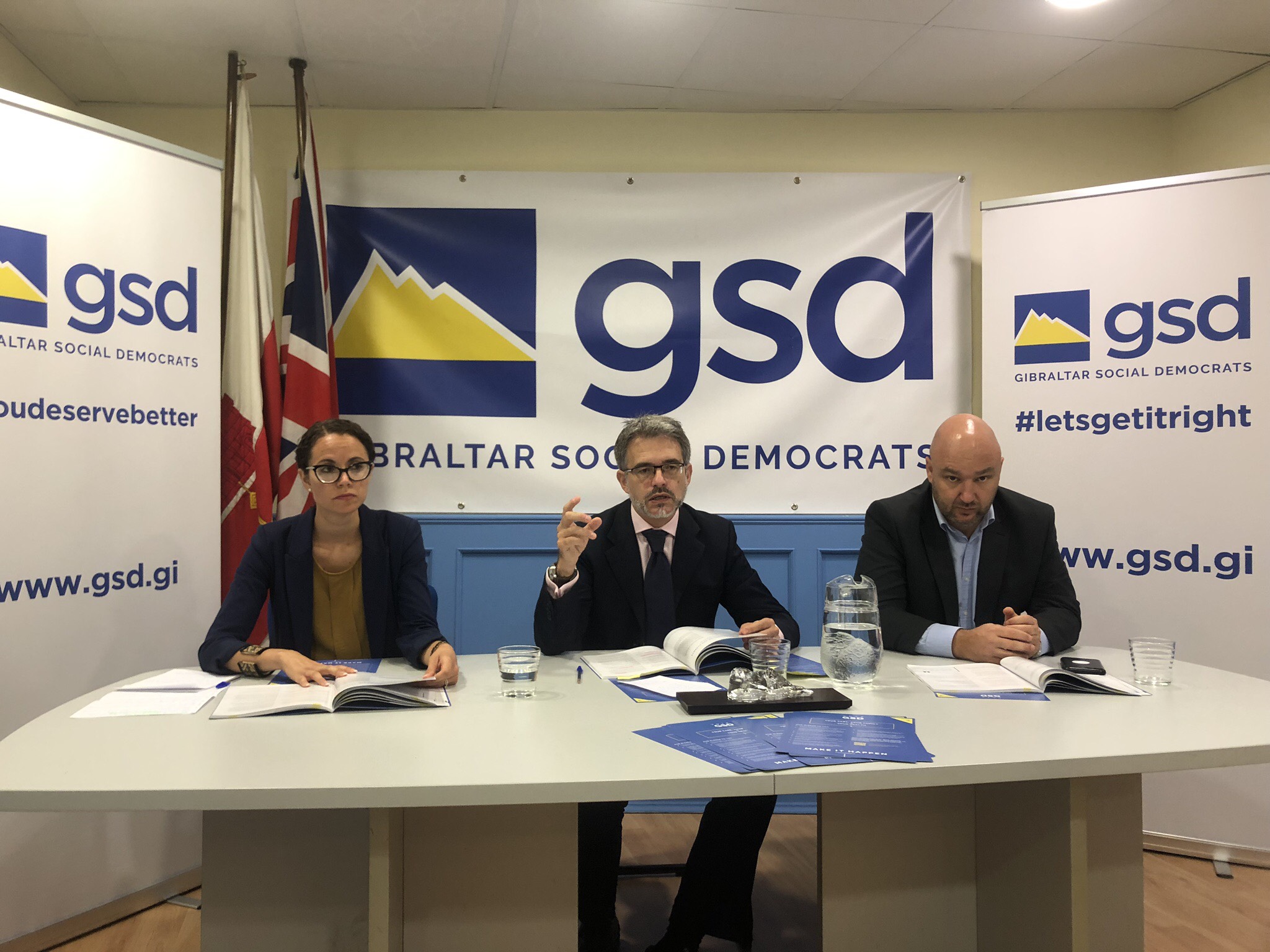 The GSD held a press conference at their headquarters today to outline their policies on ‘better services’, traditionally known as health and care. Keith Azopardi, leader of the GSD, was joined by Joelle Ladislaus and Orlando Yeats.

The leader of the GSD began the press conference by saying: “It is entirely deliberate that we talk about this today because it World Mental Health Day. The focus of World Mental Health Day this year is to work together to prevent suicide. The World Health Organisation has called for 40 seconds of action, which is a moment of reflection of what society can do around the world to think about the scale of suicide around the world and the role that each of us can play in bringing that down.”

The GSD acknowledged that there had been improvements, but claimed that there should be a review of health services. They said they were committed to introducing a care quality commission to supervise the quality of care in Gibraltar on an independent basis.

According to the party, mental health is at the centre of their manifesto. “We still think the first steps need to be taken to have an integrated mental health service and recognition of the special needs of that service,” said Mr Azopardi.

The GSD says that Gibraltar needs ‘a clear mental health budget’ that would cater for better support for young people and vulnerable adult supported living.   They also pledged to introduce a Mental Health A&E and make it accessible to people at all hours.

Keith Azopardi also highlighted that the party wants to see “much more investment and strategy” in how Gibraltar deals with drugs in terms of rehabilitation and support. They also said that they would be looking at other alternatives to criminal charges for those people caught in possession of a small amount of drugs.

On sexual health the GSD promised, if elected, more advice and counselling at all stages. The Leader of the GSD also pledged to introduce the registration of stillbirths and said: “There are a lot of people out there who have been fighting for this for years.”

The GSD reiterated its position on abortion by saying: “We will not commence that law (passed by GSLP-Liberal government). We will not put it to referendum. We are not in favour of abortion on demand. We intend to repeal that act. Instead we will have a law that provides for the protection of the rights of the unborn child; subject to the exceptions of rape, incest, fatal foetal abnormality and risk of life to the mother.”

In response to questions from the press on the GSD’s plans to support women who are made to carry unwanted pregnancies, and especially plans of aftercare, the Leader of the party said: “We want to have effective support during pregnancy at all levels. We don’t have a specific roadmap; we have a commitment in principle to ensure that. Our view in government would be to engage with all the representative groups to make sure that we have not left anything out.”

When questioned about making adoption easier in cases of unwanted pregnancies, Keith Azopardi said: “We think that the state has a role in facilitating adoption. One of the commitments that we make is that we would extend the legal assistance scheme for adoption cases if there are people who are willing to adopt a child and find them a home in Gibraltar.”