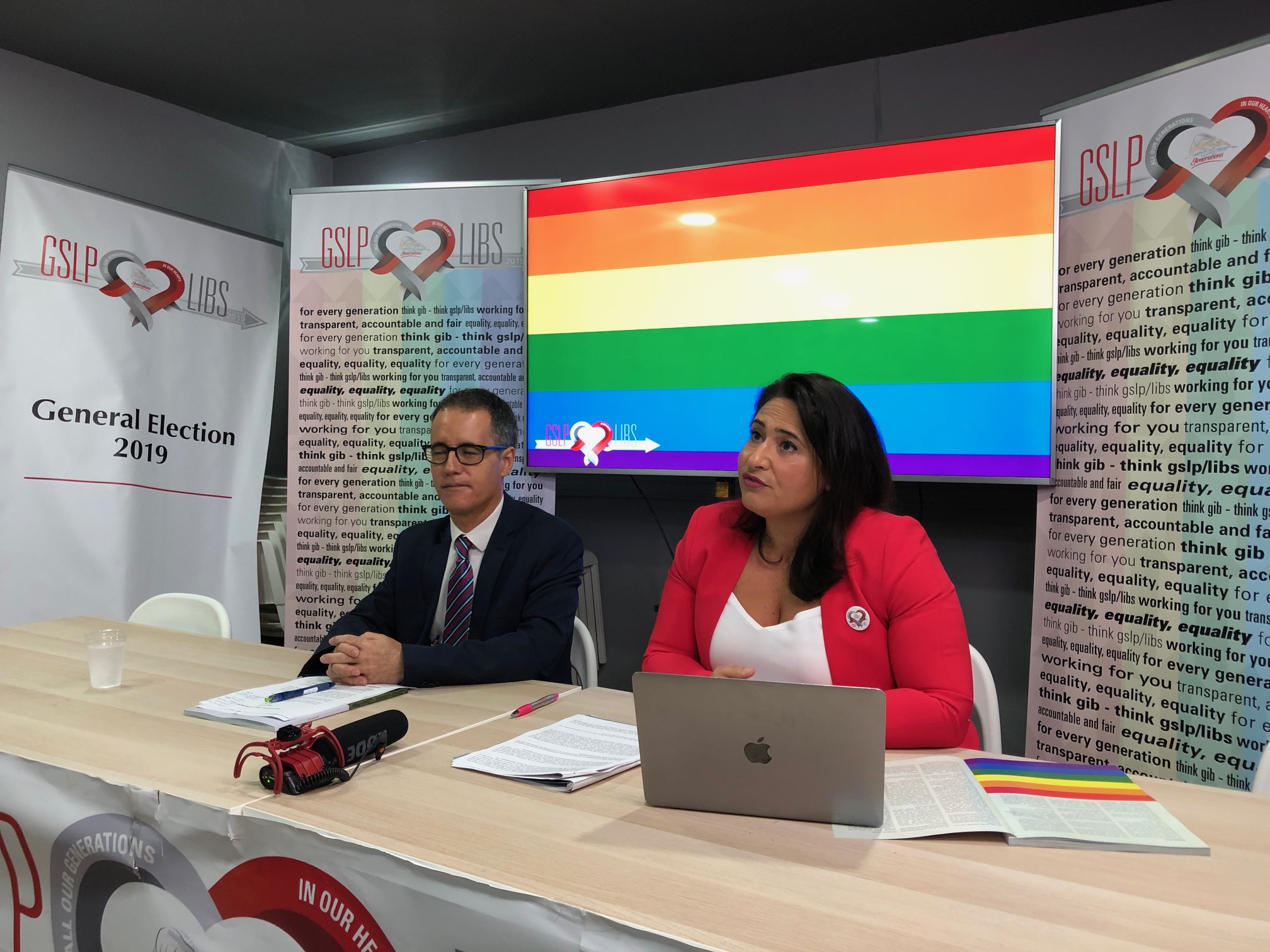 GSLP-Liberal candidate Samantha Sacramento has said that 2011 did not just represent a change of Government, it also signified a “fundamental shift in ideology.”

Ms Sacramento added that, after eight years of a GSLP Liberal Government, Gibraltar is a “more inclusive society.”

Ms Sacramento continued: “We have been the first party to have established a Minster for Equality dedicated to upholding equality principles and eliminating all forms of discrimination. We have been responsible for ground breaking ideas, policies and legislation.

“Our progress has been such that many may well have forgotten that we have taken over from an administration that did not share these fundamental values.”

Ms Sacramento also reviewed progress in disability: “There can be no doubt that in Government, we have done more to promote the inclusion of people with disabilities than any other before.

“We have passed a landmark piece of legislation in the Disability Act. This law changes the dynamic and disability and inclusion really have a priority focus throughout the public sector in a way that is unprecedented.

“The Disability Act was quickly followed by the passing of the Building Rules Part R document which makes all new building projects as accessible as they can be.

“Having established the law to underpin rights, we have further invested in developing policies and promoting good practice through training and awareness.

“For the first time ever in Gibraltar’s history, this year we organised a symposium on disabilities.

“In addition to this, the training that we have delivered across the board has been numerous.

“We are always striving to improve, the most recent milestone has been the introduction of a Disability Information Card which has been very well received.

“We enjoy an excellent relationship with all key stakeholders who we avidly consult in everything that we do.

“We have therefore changed the landscape, both literally and philosophically.”

On women’s rights, Ms Sacramento added: “Gender equality is a vital component of a mature and modern society.

“Women’s rights is not just about the number of women representation, more importantly, it is about what is done to advance women’s rights and ensuring a level playing field and meritocracy.

“On this basis, and to achieve this we have already done a lot of work in this field, it is the first time that a Government has given gender equality any real focus:

- Issued the first Gender Pay Gap Survey in Gibraltar’s history to get detailed data on where the problem lies so that it can be addressed. Notwithstanding, the following action has already been taken;

- Launched a very successful Mentorship Programme for women to advance professional development and with an aim to close the gender pay gap,

- Commissioned and delivered training on unconscious bias in the workplace as gender stereotypes is often a barrier to progress and a contributor to the gender pay gap,

- Have commenced a review of the current maternity leave leave provisions to introduce paternity / parental leave.

- Attendance at the United Nations Commission on the Status of Women

- Introduction of legislation to allow for breastfeeding in public places.

- Established a road map of initiatives to maximise gender equality

Ms Sacramento continued: “There are no more obvious shortcomings of the previous administration than their track record on gay rights.

“Instead of affording rights to our gay community they tried their utmost to quash them. The GSD spend almost a quarter of a million pounds to lose their challenge of the rights of a same sex to a joint Government housing tenancy.

“We introduced the Civil Partnership Bill in 2014 and in 2016 amended the Marriage Act to allow for marriage for all. Because of this, individuals in our community of the same sex can now have their love and rights recognised in law.

“Section 6B of the Marriage provided for an opt out clause for a Deputy Registrar exercising their freedom of conscience in performing the marriage of a same sex couple on religious grounds. The rationale for this was to safeguard a Deputy Registrar’s constitutional right to religious belief but such a provision would never have impacted the ability of a same sex couple to marry as an alternative registrar would have been appointed.

“In the three years since the law came into effect, there has never been a single objection by a Deputy Registrar therefore this section was deemed unnecessary.

“A Bill to amend the Marriage Act to remove section 6B was already been published by this party in Government on the 5th September.

“In 2013, we have also introduced legislation to ban homophobic hate crime and hate speech.

“We will not shy away from celebrating our diversity and we have committed in our manifesto to celebrate Gay Pride.

“In 2015 in recognition of the rights of our transgender community we made provision to extend protection from discrimination to individuals who have undergone gender reassignment. We have also worked hard on education and awareness to promote understanding and sensitivity and further inclusion.

“Many members of our community of Moroccan and Indian origin had their applications for nationality ignored before. “That has also changed and we have enabled such longstanding members of Gibraltar to now acquire rights.

“While others claim to be more progressive, we are the only ones who have delivered on these policies.”

Ms Sacramento concluded: “Equality is at the heart of this Government as it affects everyone. It is abundantly clear that our commitment to equality has naturally resulted in remarkable progress in achieving an inclusive society and is a recognition of a modern Gibraltar.”