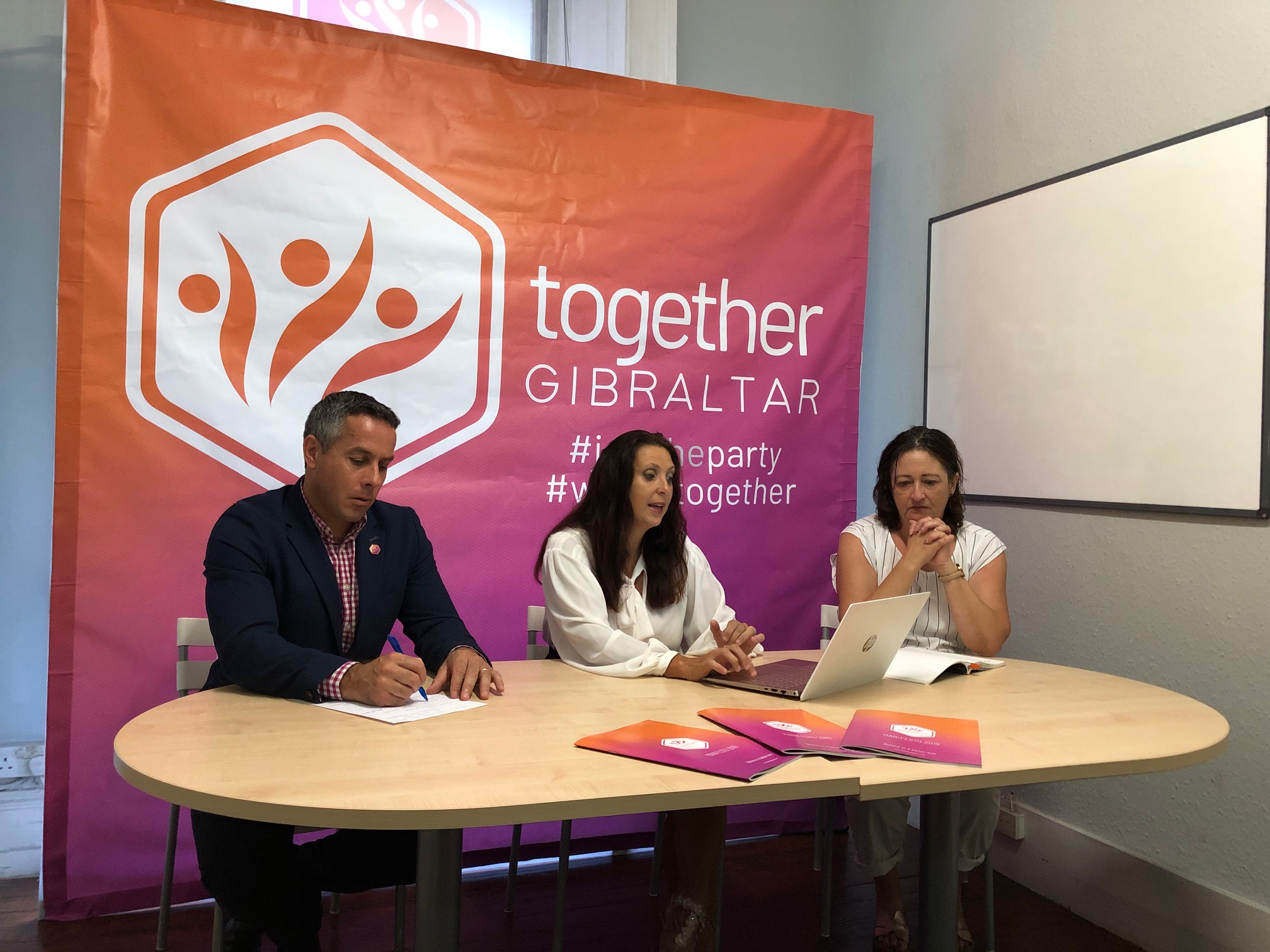 Together Gibraltar has promised to tackle Gibraltar’s gender pay gap - the difference in average earnings which exists between men and women.

The gender pay gap in Gibraltar is 19.4%, one of the worst in Europe, and Together Gibraltar candidate Tamsin Suarez says the gap is caused by a variety of factors including “discrimination, undervaluing roles predominantly done by women, the dominance of men in best paid positions and unequal caring responsibilities.”

Ms Suarez set out her party’s policies this morning at a press conference at the party’s Main Street HQ.

She explained the wide-ranging effects of a gap in earnings: “The gender pay gap does not just affect women, it affects whole families. When part of the household income is reduced, it reduces the families spending power especially those on lower incomes or single mothers, and can reduce opportunity for their children.”

If elected into government, Together Gibraltar has promised to close the gender pay gap by making employers with over 25 employees publish their gender pay gap data in a bid to empower women to be able to “negotiate their salaries with clarity.” The party would also increase the nursery allowance to £6,000 to help working parents access work and conduct a “comprehensive review of childcare” provided by the state to see how parents’ re-entry into the workforce can be improved, especially for those who work shift or unsociable hours.

Further measures promised include individual career guidance, vocational training and the encouraging of flexible working hours and conditions. Parental leave will also be equalised and extended to “even out childcare and domestic responsibilities” and ensure the father or second parent can also bond with the child.

Ms Suarez added: “We will then review public finances and look into the possibility that allows parents to take more parental leave that they already do on a higher allowance as they do in Scandinavian countries… we’ll also address the unequal impact of caring roles which is one of the key drivers of the gap and ensure that women have equal opportunity to be financially independent.”

Underlying these practical and legislative measures, the party also believes that there should be more women in Parliament.

Ms Suarez  added: “Together Gibraltar has a slate of parity - because we really believe in gender equality and women should understand that if they want their issues to be heard and given the consideration they deserve we need more women in Parliament to represent us.”

Election candidate Craig Sacarello added: “Equality is all about a level playing field and providing opportunities for everyone across the board. This isn’t currently reflected in our own Parliament - if we can’t have the heart of our democracy reflect equality, then it’s not setting a good example.”

He added that talk of equality also carried over into the debate on abortion and said that a future referendum on the changes to the abortion law would be “hugely divisive.”

Jackie Anderson spoke about the deep links between equality and housing and education, her two portfolios.

Ms Anderson said: “Our crucial difference is that we are the only party that has a truly holistic view of what is happening in Gibraltar and what is needed to make those changes that are going to be beneficial in the long and short-term.”

“Education underpins equality, it underpins freedoms - without education, without the ability to have skills to enter society and make a positive contribution, we have a very unequal society,” she argued.

On housing, Ms Anderson said that the housing system needed “re-setting”, with the first step being a review of how social housing is allocated.