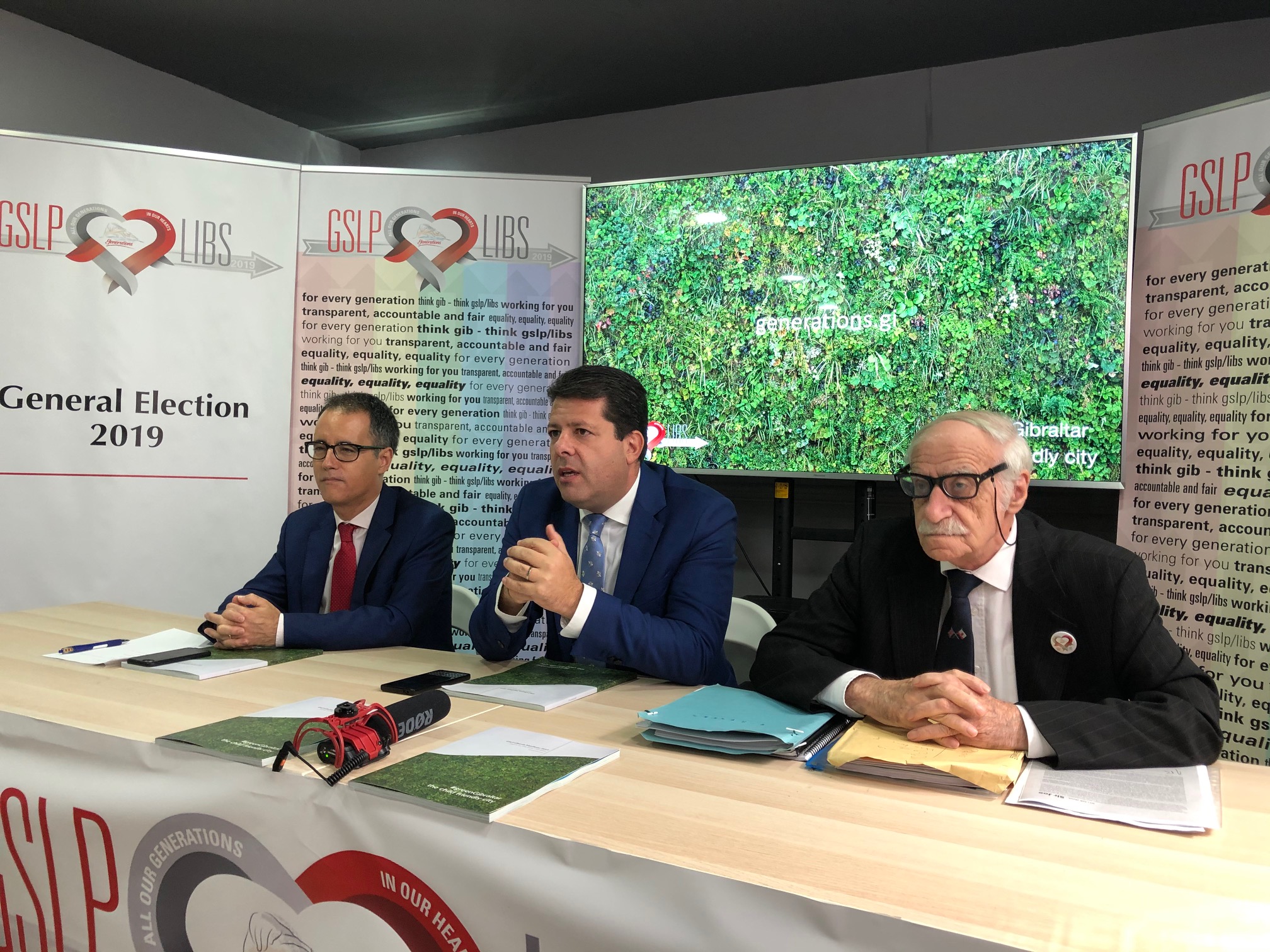 Sir Joe Bossano went through the details of the GSLP/Liberal post-Brexit national economic plan this afternoon. He did so in a press conference with the GSLP Leader Fabian Picardo and Liberal Leader Dr Joseph Garcia.

Sir Joe explained that the GSLP/Liberals were “the only team” who had analysed the consequences of Brexit and developed an economic plan to counter its effects. He recalled his “incredibly accurate” economic predictions in the past as to where Gibraltar would move economically after each electoral cycle.

The European Union and the United Kingdom would enter into recession while Gibraltar would continue to grow. He predicted a growth rate of 15% over the four-year cycle which would take the size of the economy from some £2.6 billion to £3 billion at the end of the term.

The plan is designed to “make the economy of Gibraltar Brexit-proof,” Sir Joe explained.

He compared the job that needs to be done now to the one that he carried out as from 1988, when the economy of Gibraltar needed to be repositioned from a sheltered MOD-orientated economy to one that was to compete commercially with the wider world outside.

Sir Joe added that land reclamation with the construction of industrial units would form part of the new economic strategy. In particular, there are plans for a fabrication plant of building modules (a method known as Modern Modular construction) located outside the EU. He said that the Government was already in discussion with interested parties who were willing to take this forward.

The GSLP Leader Fabian Picardo said that the GSLP/Liberals were the only team with a plan for Brexit and that people should vote for the tried and tested option and that now was not the time to take risks.