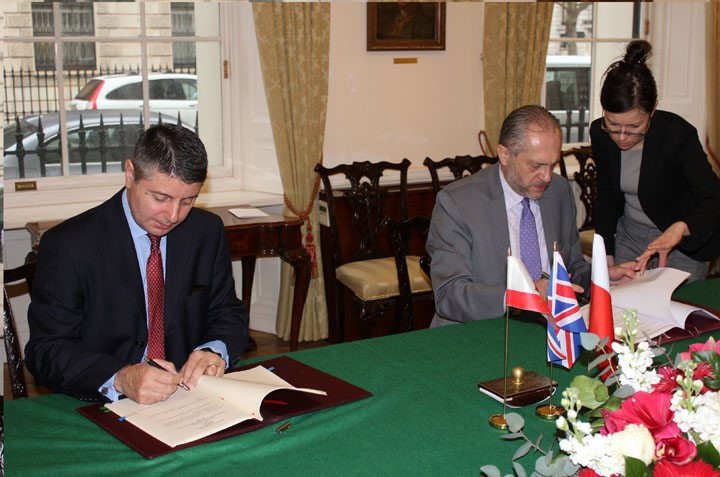 Following the signing, Gilbert Licudi and the Ambassador took the opportunity of discussing economic and commercial matters of mutual interest. Mr Licudi also took the opportunity to comment that “The timing of the signature coincided this year with the 70th anniversary of General Sikorski’s untimely death in Gibraltar.”

This signing brings the number of TIEAs signed by Gibraltar to 24. The Minister was accompanied to the signing by James Tipping, Finance Centre Director.