The GSD has proposed to upgrade Victoria Stadium to a Cat 4 stadium with a capacity of up to 8,000 supporters if they are voted into power in the upcoming elections.

To help address the needs of grass roots football and a lack of training pitches, there are proposals for four UEFA and FIFA compliant pitches. On the site, there are also plans for a new futsal and multi-purpose sports hall providing court facilities for basketball, netball, volleyball and other indoor sports and events.

The initial plans show the entire area will have pathways for cyclists, lawns and tree-lined walks for the public to use and which the GSD say will enhance the nearby estates.

A spokesman for the GSD said the proposals are for an iconic stadium in an iconic location, ideally located to minimize traffic congestion, with new parking areas and a short walking distance from many of the housing estates, shops, restaurants, marinas and the frontier. 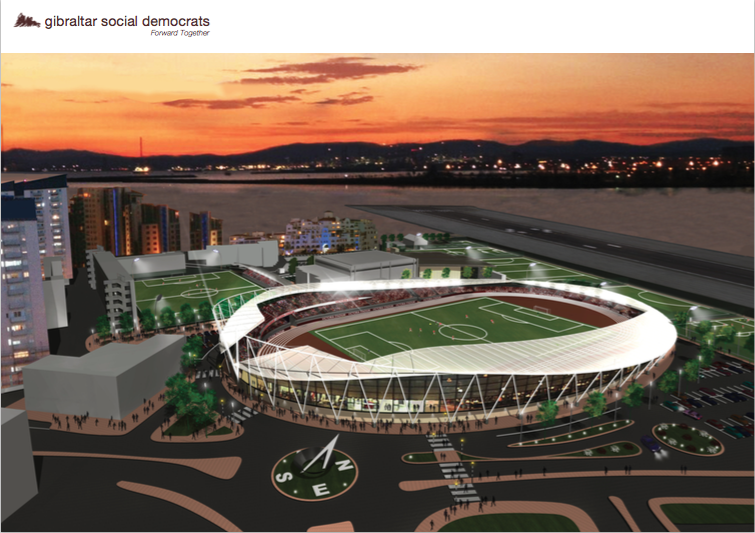 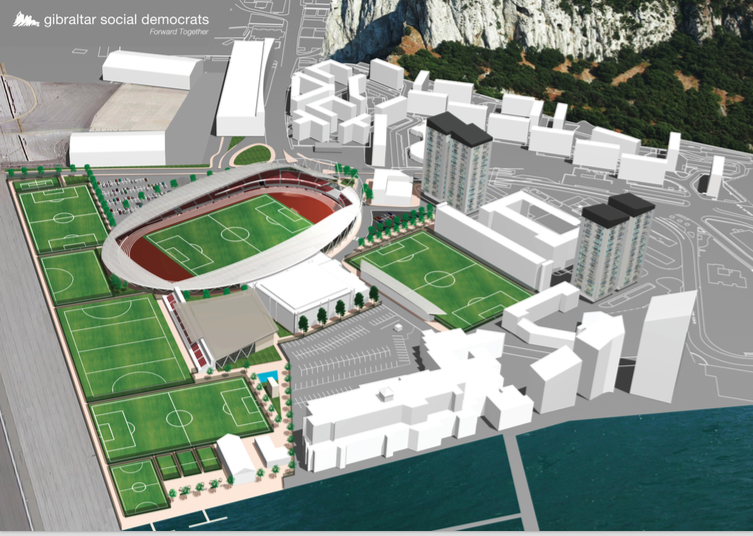