Her Majesty's Government of Gibraltar is pleased to note that the EU Commission has made clear that it does not need to investigate spurious allegations by the Government of Spain relating to financial services in Gibraltar.

A spokesperson said: "The clear statement by the Commission that it will not investigate unsubstantiated allegations from Mr Rajoy in respect of financial services matters is a very welcome and clear statement by the EU Commission. It is as clear as the earlier statement from the Commission President's spokesperson that a "frontier toll", as previously proposed by Mr Margallo, would be illegal. This should be seen also in the light of the Commission's findings in 2012 that the Eastside reclamation project had been carried out lawfully by HM Government of Gibraltar in accordance with the EU Environmental Impact Assessment Directive. The statements of the EU Commission already have served to put an end (at least for a period of time) to many of Spain's spurious allegations.

William Dartmouth,the UK Independence Party MEP for the South West and Gibraltar,today demanded that Spain put an end to its propaganda campaign against Gibraltar.

Lord Dartmouth said today, "When you have a Spanish MEP claiming that there is illicit arms trade from Gibraltar and then says in the next breath that he has no evidence to back up his claim they are really scraping the bottom of the barrel.

"His remarks seem to be designed to justify the delays of several hours imposed by people coming and going through border controls. 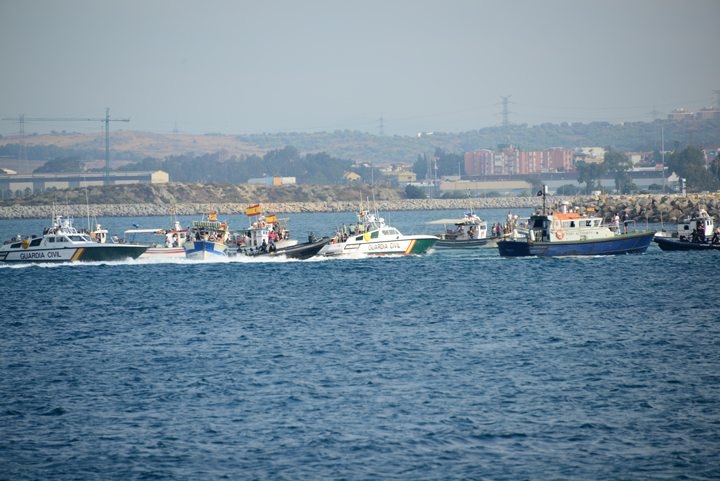 The Brotherhood of Algeciras Fishermen has this week sent a letter to her Majesty the Queen of England. The letter contains over 12,000 signatures collected online, in support of the fishermen’s plight.

Europa Sur notes that the letter asks the Queen why the fishermen have been prevented from fishing in the bay as they have done before. Author of the letter, Manuel Vázquez claims that Picardo’s insistence that hell will freeze over before the artificial reef is removed was ‘like a knife in his heart’. 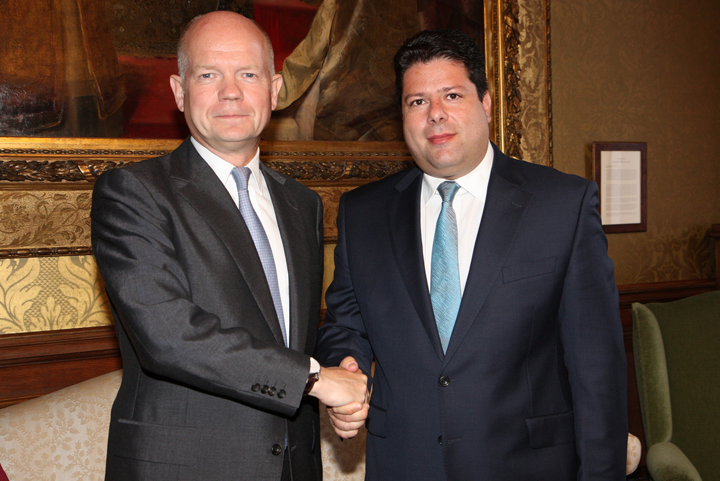 A statement released by the UK Government this morning claimed that the visit reaffirmed the strong bonds between the UK and Gibraltar as well as the UK’s commitment to stand by the people of Gibraltar.

Aug 28 - Frontier Movement Comes to a Standstill on Spanish Side 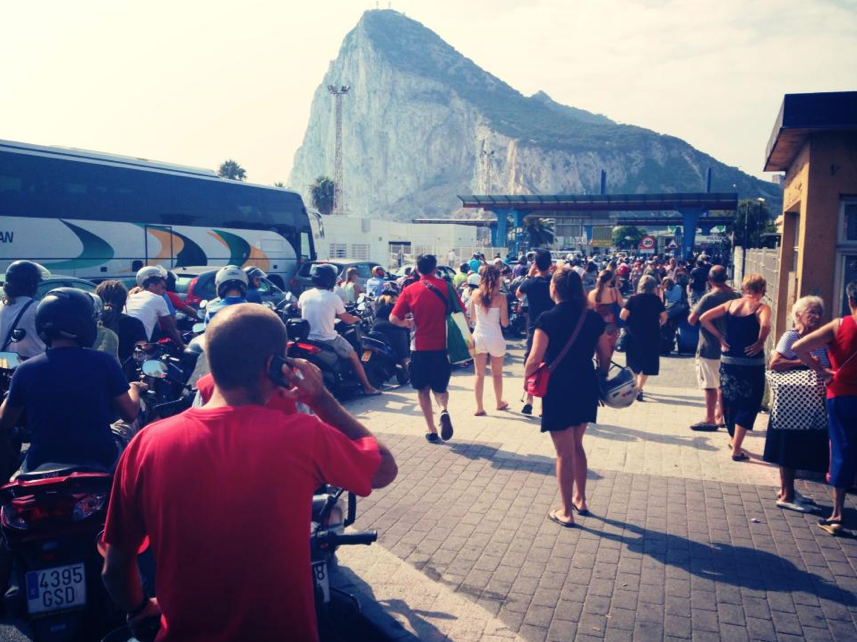 The flow of both vehicular and pedestrian traffic on the Spanish side of the frontier once again came to a standstill at 11am this morning . Stringent checks are being imposed with Guardia Civil officers inspecting each motorbike and asking to view documents.

Pedestrians entering Gibraltar are also being subjected to strict checks with passports being inspected thoroughly. The EU Commission yesterday noted that a date had not yet been set for their mission that will see experts investigate Spanish border controls, including Customs.