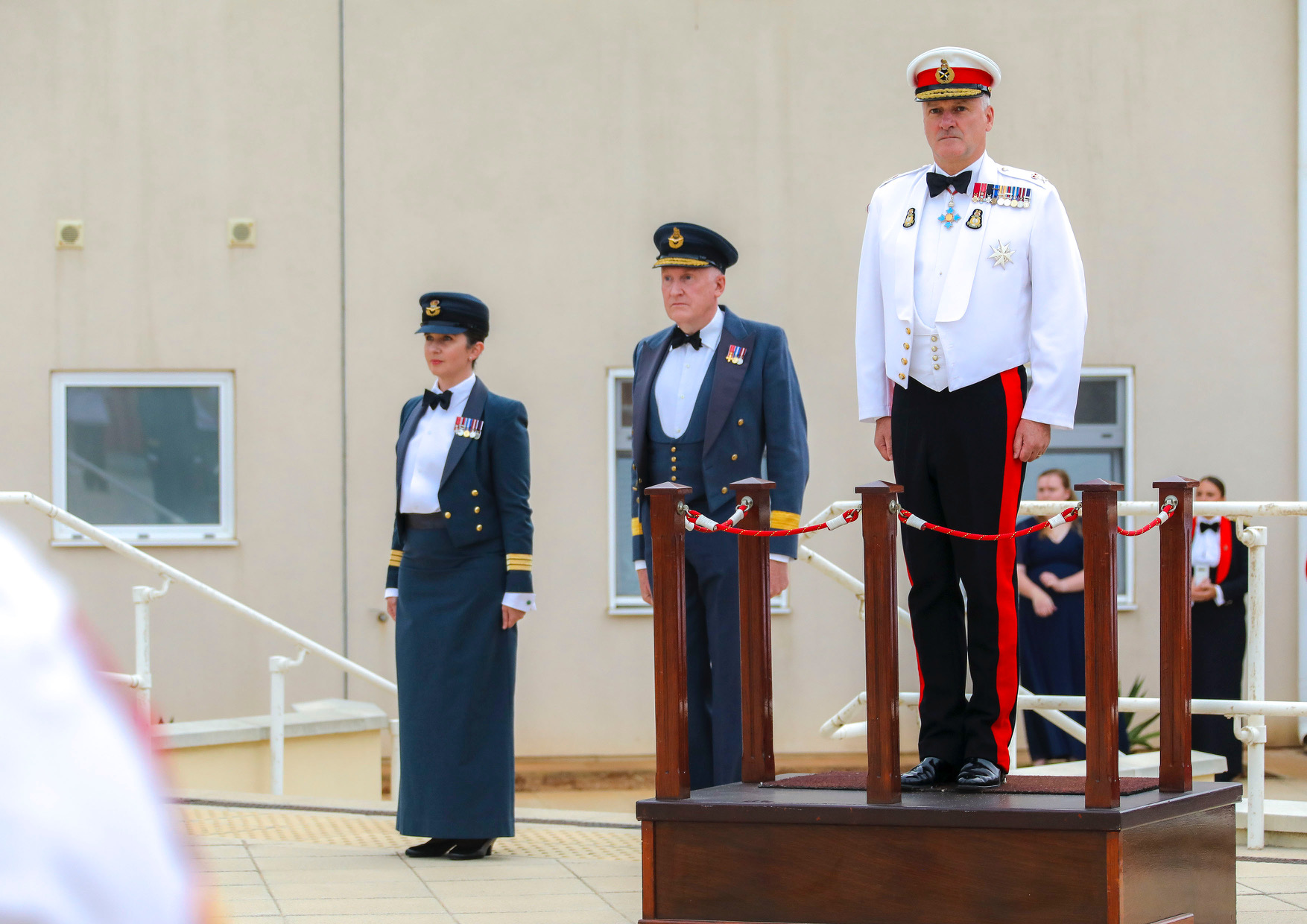 Royal Air Force Gibraltar recently organised a series of events to commemorate the Battle of Britain.

To commemorate the heroism shown and the sacrifices made throughout the Battle of Britain Royal Air Force Gibraltar personnel organised a dinner in the Gibraltar Officers’ Mess on Saturday 14 September.  The dinner was attended by His Excellency The Governor Lieutenant General Davis, and Commander British Forces Gibraltar Commodore Henry, as well as Mess members and their partners and guests.  Air Commodore Malcolm ‘Ginge’ Crayford OBE RAF was the guest of honour.

The evening started with a faultless display by The Band and Corps of Drums of the Royal Gibraltar Regiment (RG Band), after which there was a formal Sunset ceremony conducted by members of the Gibraltar Air Training Corps with musical accompaniment from The RG Band.  The evening concluded with Air Commodore Crayford, a Fighter Controller by trade, giving an interesting insight into the role played by the supporting members of the Battle of Britain, and in particular the Fighter Controllers and Observers who were key to ensuring the fighter squadrons knew exactly when and where the Luftwaffe would be attacking.

Afterwards refreshments were taken in the quadrangle which gave young and old members of the congregation a chance to chat and to remember those who fought in the Battle of Britain.