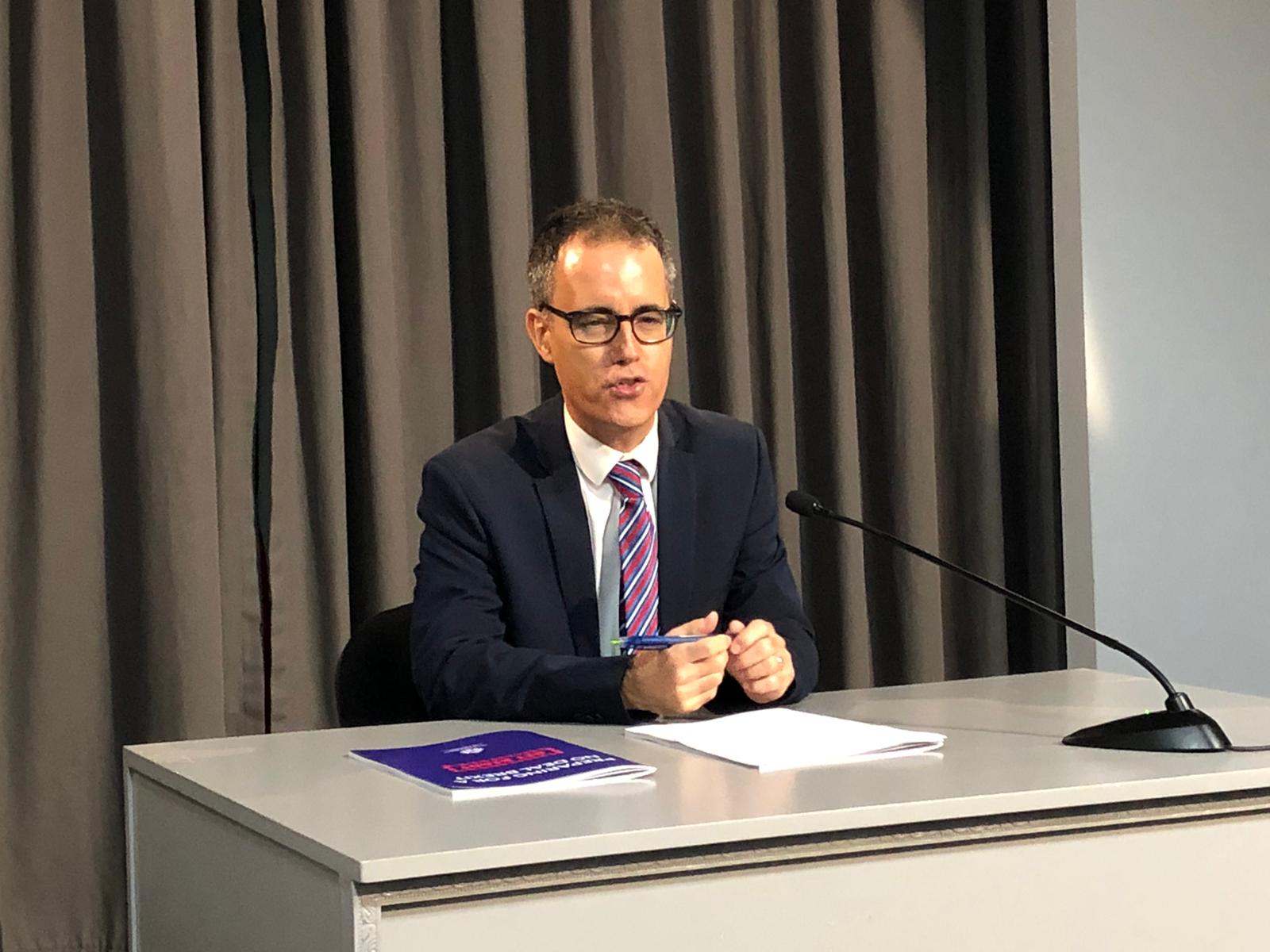 The Deputy Chief Minister Dr Joseph Garcia this morning launched a booklet entitled “Preparing for a no deal Brexit – Get Ready”.

The booklet will be distributed to thousands of households all over Gibraltar this weekend. It is part of the Government’s communications strategy in respect of a No Deal Brexit which follows the opening of a Brexit Information Office on 1 October.

The booklet is divided into four sections.

The first gives background information on Brexit and centres on the border. It explains the reasonable worst case scenario and the planning assumptions of the contingency planning team. It sets out that a hard border denotes a border that is operated by Spain in a manner that would make daily movement of persons and goods “abnormally disruptive”. It would be characterised by systematic severe delays both for pedestrians and vehicular traffic. Delays on pedestrians and private vehicles of two hours or more or delays of over six hours for commercial vehicles would constitute a hard border if applied consistently.

It is important to realise that this is a reasonable worst case scenario for planning purposes. It does not mean that it is going to happen.

The booklet goes on to explain the potential issues that would arise in that context and throws some light on the mitigation measures that the planning teams had to draw up in response.

There is a flow chart which sets out the Brexit Command and Control Structure (C2) of the Government. The Brexit Strategic Group sits on top. This is chaired by the Deputy Chief Minister. The next one down is the Brexit Executive Group chaired by the Chief Secretary. There are then six Brexit resilience groups which cover different areas. These are commerce, critical services, health and social care, law and order, public services and the supply chain.

Part Two sets out areas where individuals and families can get ready. This includes issues like passports, identity cards and driving licenses.

The Fourth and final part contains a summary of the unilateral Spanish contingency measures with a link to the full text of the legislation. There is also a link for British citizens who are living in Spain.

The booklet will also be available at the Brexit Information Office at 323 Main Street. This office will also take email queries on This email address is being protected from spambots. You need JavaScript enabled to view it. and can be reached by telephone on 20044147.

The Deputy Chief Minister Dr Joseph Garcia said: “This is an impressive document and I want to thank everyone who has been involved in getting it together since the summer. It is part of our strategy to make sure that people are informed. It is important, nonetheless, to bear in mind that there are some questions that cannot be answered even at this late stage, given the progress of the wider UK-EU discussions and also the discussions with different Member States. The Government has tried to provide as much certainty as we can. The preferred position of the Government is for Gibraltar to remain in the European Union together with the United Kingdom. This reflects our 96% vote in favour of remain. However, we have no choice but to prepare for every eventuality. I want to pay tribute here to the team of public servants that have so diligently and enthusiastically laid the plans for No Deal. However, in the event that the UK and the EU agree a deal over Northern Ireland, then Gibraltar is protected in the Withdrawal Agreement until the end of 2020 and everything will remain very much as it is now until that point.”