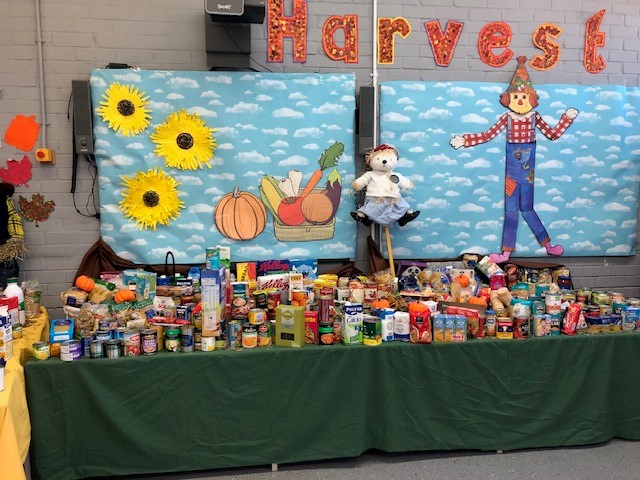 Governor’s Meadow First School recently celebrated Harvest time coming dressed as farmers and took part in pumpkin races and line dancing. As part of the Harvest Time celebrations, pupils and staff were also given the opportunity to bring into school non perishable food to donate to the ‘Open Hands Trust’.

This is a charity which runs a food bank that helps local families with deliveries of groceries.

The response from the pupils has been amazing, with several trolley loads of food items being donated in what has been the largest collection of food ever received by ‘The Open Hands Trust’ since its formation in 2012.

Governor’s Meadow Staff were delighted with the response. With pupils and parents/ carers support, the Governor’s Meadow School community have been able to help local families in the run up to the Christmas season.