Mirrors Of Sanctity To Be Launched Tomorrow

‘Mirrors of Sanctity – Gibraltar’s Lost Churches’ is the fourth and final volume in a series of books published by the Gibraltar Heritage Trust and sponsored by the Heritage Division of the Government of Gibraltar.

This latest publication, by Manolo Galliano, to be officially launched on Tuesday 19th November at the Trust premises, follows the course of the history and ultimate fate of many of the long-lost churches, chapels and hermitages which once existed on the Rock.

The book will be available on sale at the Gibraltar Heritage Trust shop as from Wednesday 20th November, priced at £15 with all four books in the series on sale at a special introductory price of £50. The printing of the book is part funded by the Government of Gibraltar, and all proceeds from the sale of these publications will go towards the Trust’s Restoration Fund.

A spokesperson said: "These religious establishments, including those dispersed in the outlying farmsteads in the Campo de Gibraltar, were mainly obliterated from memory shortly after the Anglo-Dutch capture of Gibraltar in 1704. Many of these were taken over by the Military Authorities and converted into stores, official residences and hospital and barrack accommodation, whilst others were left vacant and ended up in a state of rack and ruin.

"This is the fourth book in a historical series which traces in great detail the history of ecclesiastical buildings and organisations in Gibraltar. Previous titles are ‘Under the Shadow of the Crescent and the Cross’, ‘The Franciscan Monastery of Gibraltar - From House of Prayer to Seat of Power’ and ‘Of Monks and Nuns’. It is once again meticulously illustrated with original drawings, photographs and 3D projections by Victor M. Hermida L.R.P.S. which go a long way in assisting the reader to gauge what any building would have been like at the time." 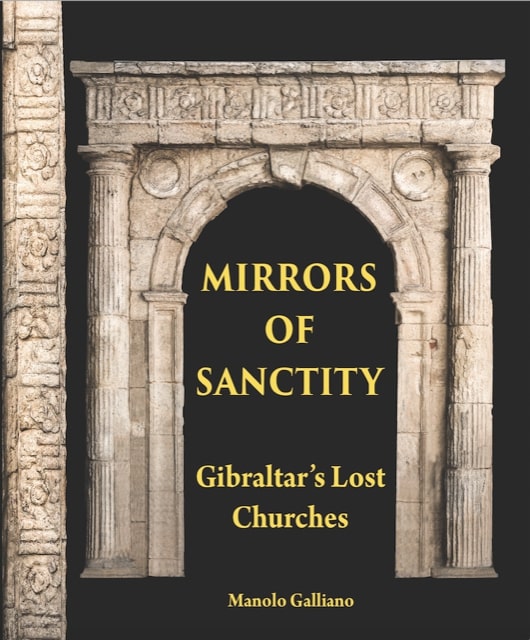