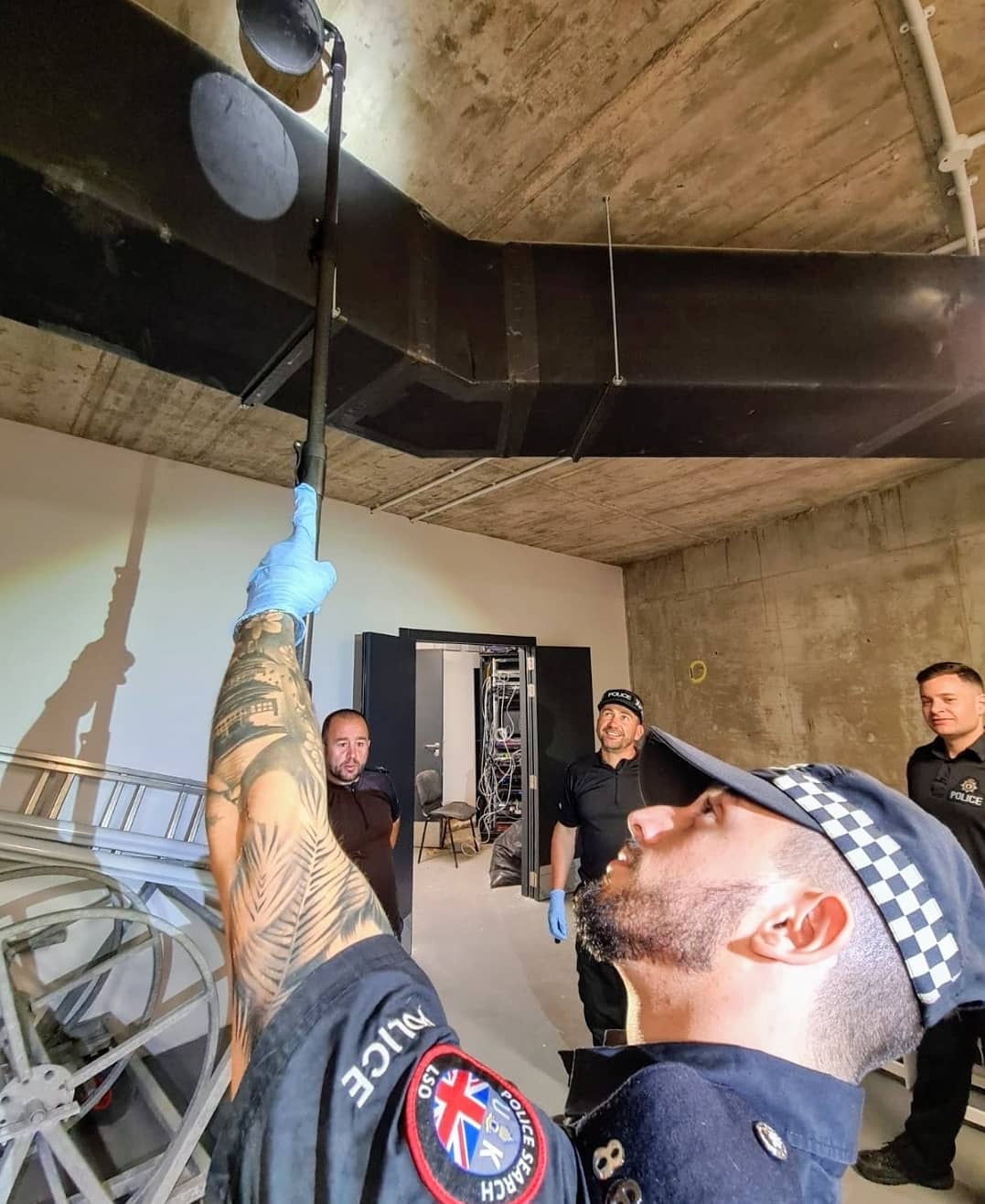 Those are the words of 23-year-old police officer Jay Marin, who only joined the Royal Gibraltar Police two years ago. Yet already, Jay has learnt how policing a small community where everyone knows each other comes with unique challenges.

‘The arrest of my friend started as something quite simple,’ says Jay. ‘It was during the Covid lockdown restrictions and he was not wearing a facemask. I told him that if he stayed in Governor’s Street, he would be fined. I suggested that he moved on to Queensway where he didn’t need to wear a mask but, instead of taking my advice, he became obstructive and abusive. Then he started to get physically aggressive so I had to put him on the floor and arrest him. I think he was probably on something that night.

‘But I didn’t enjoy the experience.

So it’s no surprise that Jay, who previously worked in a gym, doesn’t think that being a police officer is an easy job for a young person.

‘I’m 23 and single but I feel that I’m a policeman 24/7. I have to watch my own behaviour: I can’t go to certain house parties and there are several places in town that I know I can’t go to.

‘At the moment, the minimum age for an RGP recruit is 18 but if I had my way, I’d raise it to at least 21. I think that people should get some life experience in other jobs first as it’s a tough job to do when you’re young.’

But for the fresh-faced Gibraltarian, he always knew he wanted to be a police officer.

‘I wanted to help the community and to do something that would make my family proud of me. My older brother (Police Sergeant Francis Marin) has been in the RGP for a few years and, like him, I wanted a job that would fire up my adrenaline.’

‘My family are very proud of me. My parents think that I have made a great career choice. My dad knows it’s hard work and he tells me that the job turns you into a man. As for my friends, they think that I’ve done really well and they respect me.’

As soon as he left Bayside School, he joined the RGP as a cadet where he worked in the stores at New Mole House. So with this background, it must have come as a real bombshell when, during the next recruitment drive, he was not selected for training in the RGP.

But Jay didn’t let the disappointment get him down. After first knuckling down to a couple of other jobs, he then applied, successfully, to join the Gibraltar Defence Police. As someone who had worked in New Mole House for 2 years, it must have felt strange to turn up as a GDP recruit alongside of all the recruits who had been accepted into the RGP.

‘I actually enjoyed the Training School,’ says Jay. ‘I’m not at all academic but I worked hard and passed all the exams. The discipline was quite difficult to get used to, I hadn’t experienced it in other jobs before I joined.’

During his 6 months as a GDP officer, Jay qualified as a Licensed Search Officer and then he saw that the RGP were again advertising for more recruits. Jay applied – and was accepted.

As he had already passed the Training School, he was immediately issued with his uniform and sent straight out on shift with a Response Team.

He recalled: ‘It was tough! Very tough!’

‘I’m now two years on and I have some experience behind me so the new recruits actually come to me for advice. From being in a Response Team, I get camaraderie and friendship. My shift are like my family. They are like my brothers and sisters.’

Only last week Jay joined a team of Licensed Search Officers from both the RGP and GDP, to make sure that the Europa Sports Complex was safe ahead of last weekend’s ordination of Monsignor Mark Miles.

Outside of work, Jay, who is a former boxer, is keen on weight training and on meditation.

He explained: ‘I like to look after myself, both my body and my mind.’

‘I feel that I’ll definitely have a long career in the RGP,’ says Jay. ‘It’s like every other job – it has its good times and its bad times. But I feel well respected by my family and by the people I know.’

And what is it like having a brother who is a Sergeant in the RGP?

He continued: ‘It’s tough. He is an excellent role model and I have some big boots to fill.’

‘I just hope I don’t have to arrest any more of my friends!’ 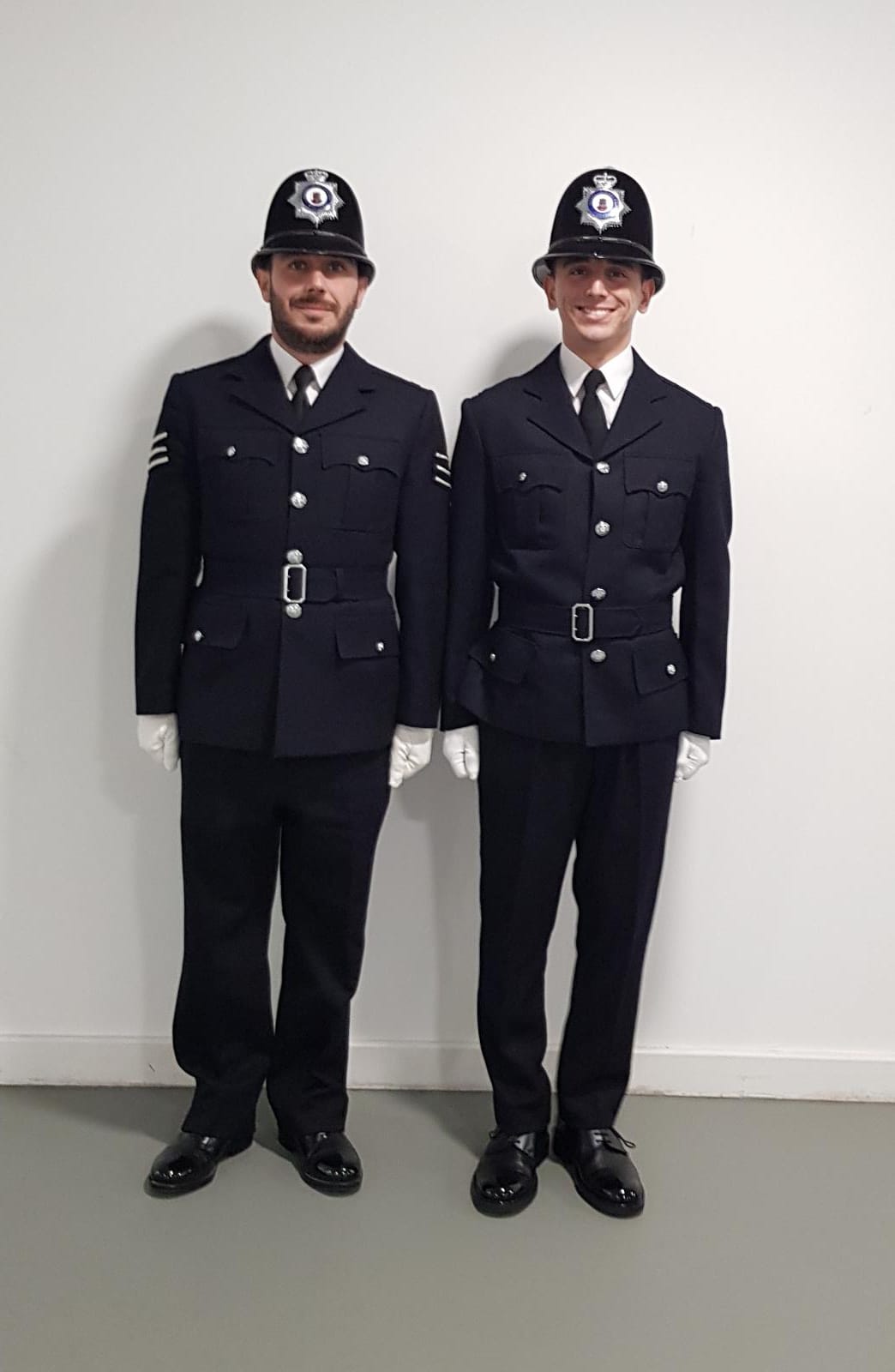