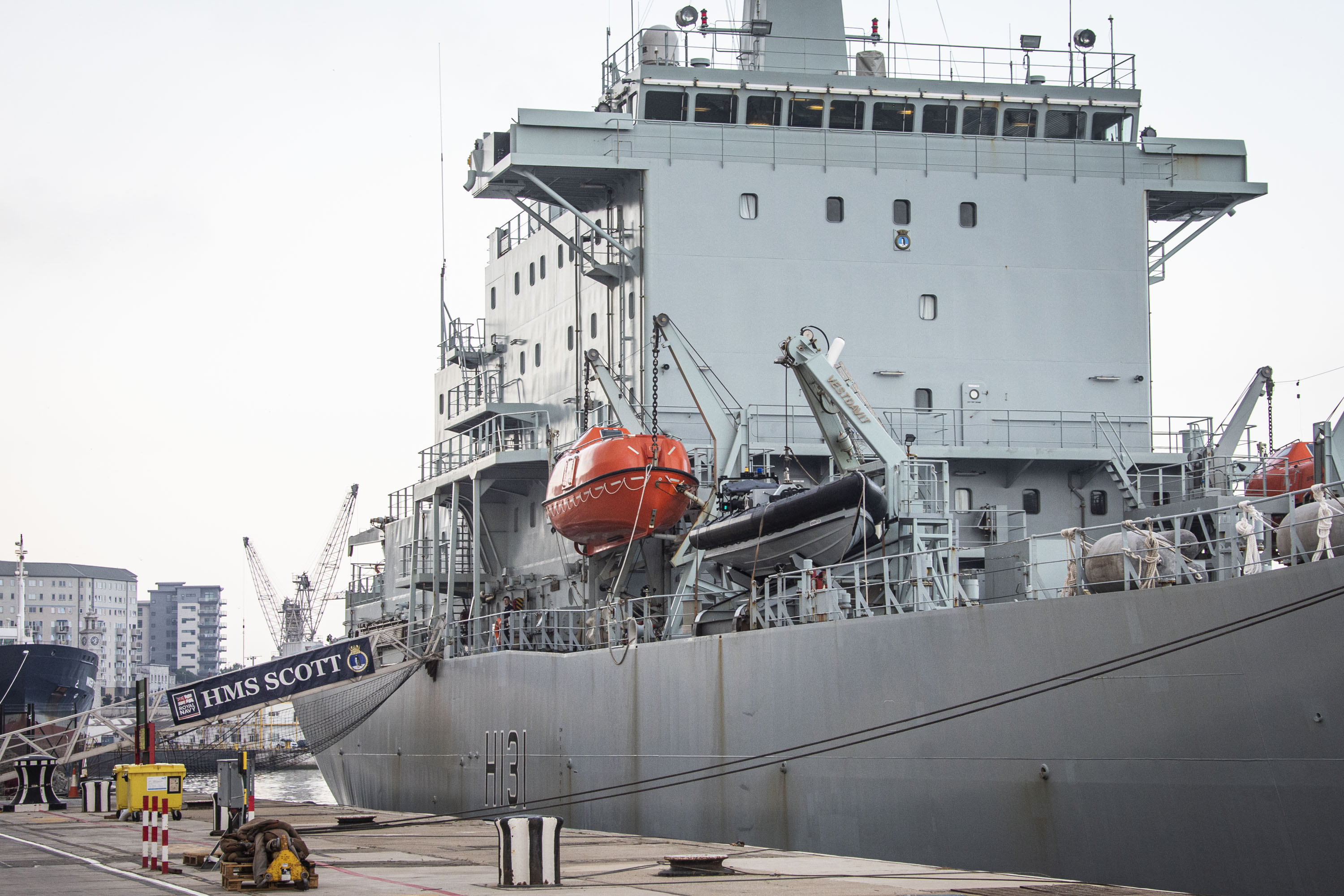 SCOTT, the largest ocean survey vessel in Western Europe, is the fifth largest vessel in the  Royal Navy. The only vessel of her class, HMS SCOTT is able to remain at sea for an  impressive 300 days a year due to a novel crew rotation system and can function on a crew  of only 78 personnel. 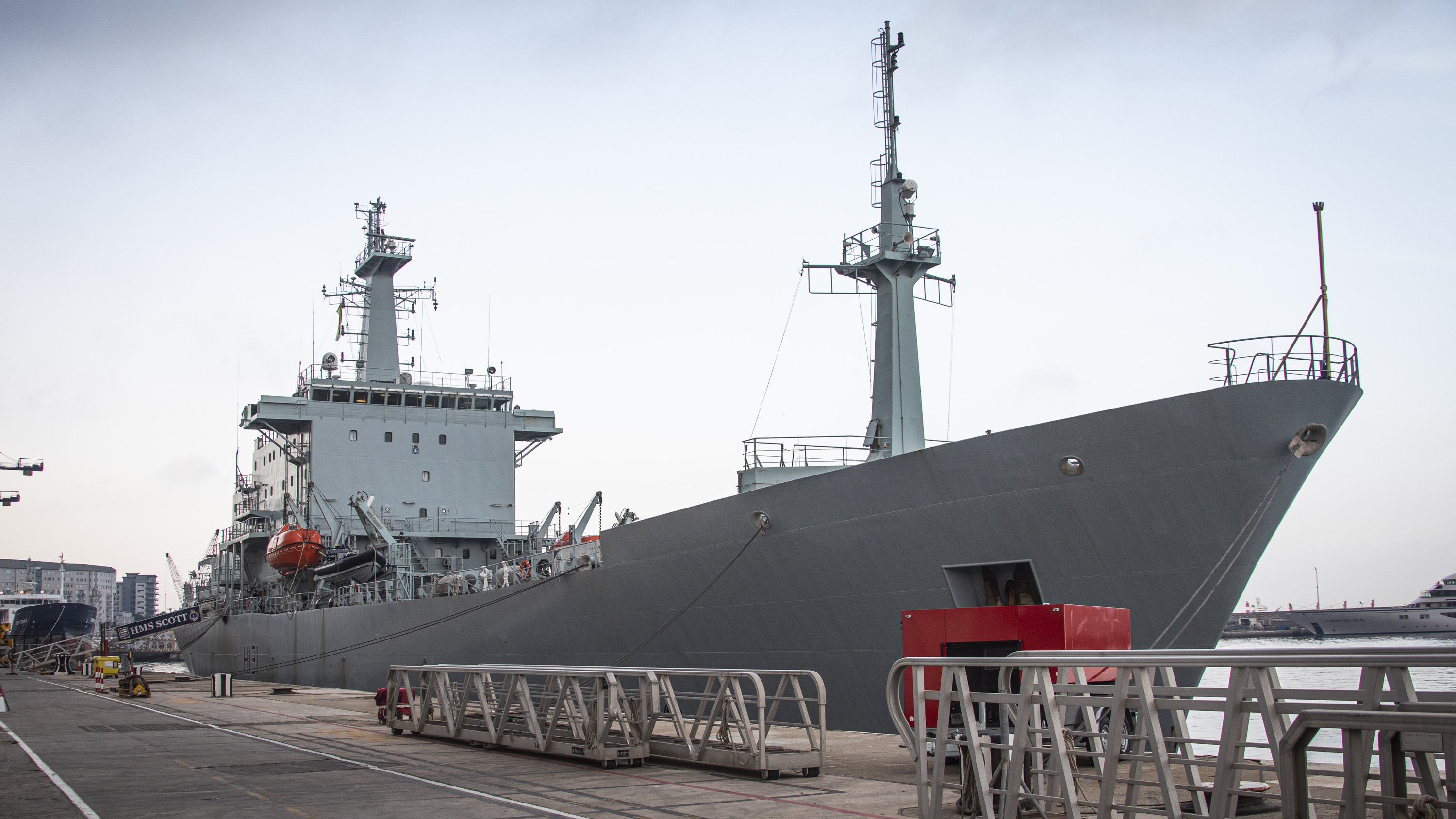