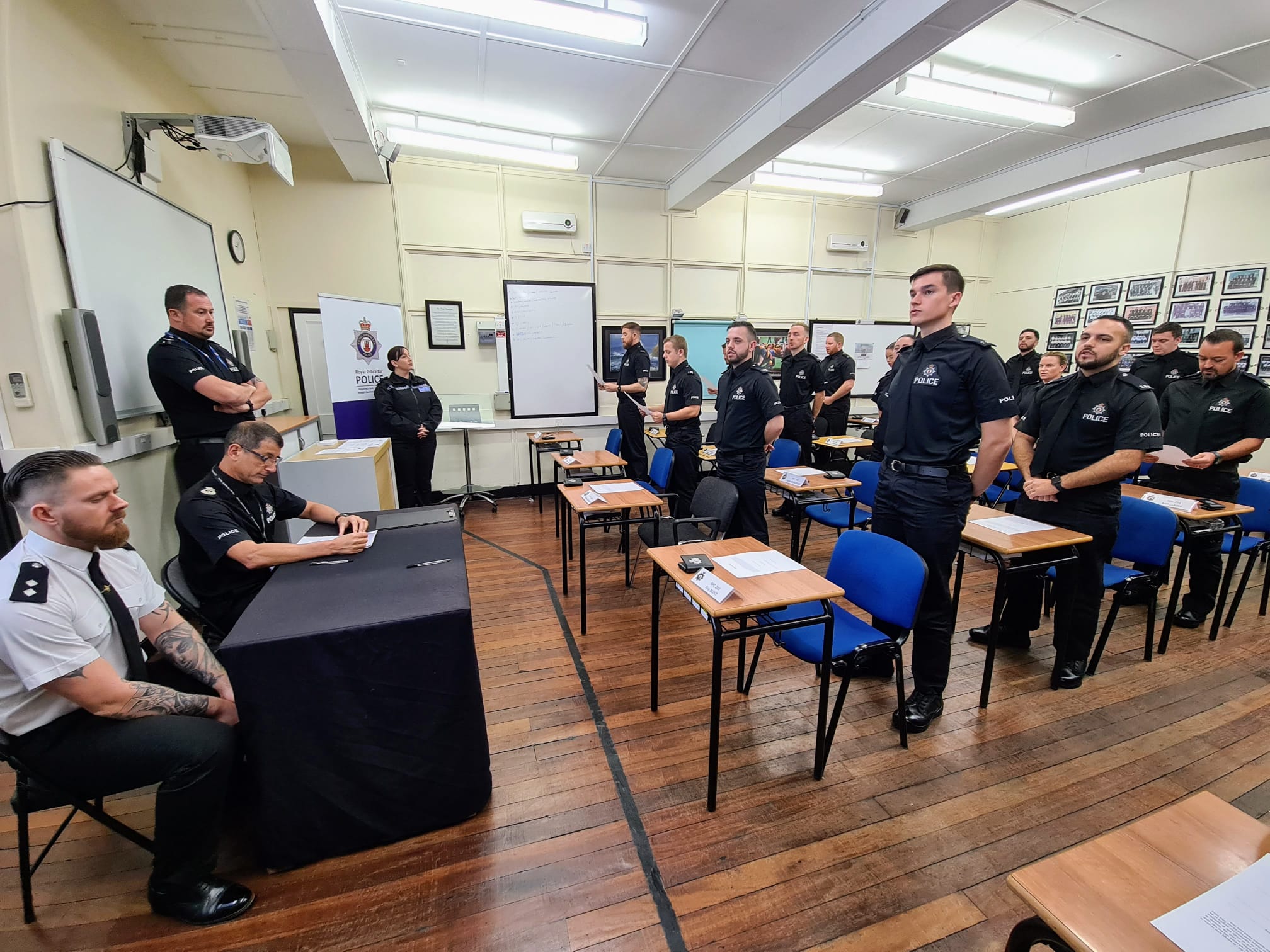 The RGP’s new recruits today were officially sworn in as Police Constables.

After being handed their warrant cards for the first time this morning, the 20 officers  swore their allegiance to the Royal Gibraltar Police in front of Commissioner Richard  Ullger.

Later this afternoon at the Magistrates’ Court, Stipendiary Magistrate Charles Pitto  will grant the new officers their police powers after they swear an oath/affirmation to  the Queen.

The recruits are due to finish their 22-week training school in June.