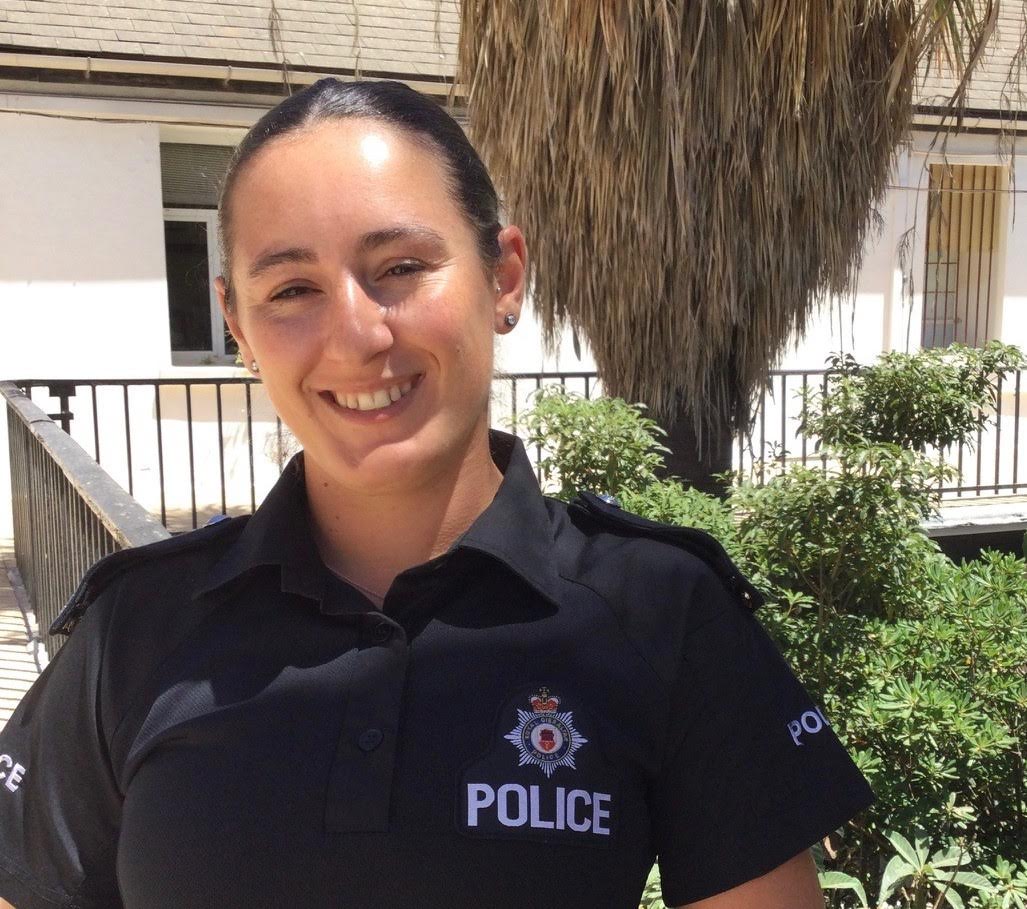 From Civilian To Police Officer In A Matter Of Months

Below follows a featured article from the RGP:

How does it feel when you are a young female police officer and you carry out your  first arrest?

Someone who can easily answer that question is 26 year-old Lydia Ouadrassi who  recently finished the RGP’s Training School.

“Our Passing Out parade was on the Wednesday and I was on my first shift (more  formally known as a Response Team) just two days later,” said Lydia. “But the other  officers on my shift have been amazing – they’ve really taken me under their wing  and said, ‘We are here to make you into the officer that you want to become.’ Every  one of them has been really supportive. At first, I was a bit scared of making  mistakes but my colleagues have been amazingly helpful.

“It’s important for me to remember that I still have a lot to learn. I watch how the  more senior PCs deal with a difficult situation and I think, ‘That’s how I’ll do it next  time.’

“I have my own Tutor Constable who is always paired with me. It’s quite funny  because, a few years ago, I was his senior Lifeguard and now the roles are  reversed.”

Lydia describes how, on one of her first jobs, she was doing house-to-house  enquiries when the occupant of a flat said, ‘Oh hello. I know your brother and your  Dad. Congratulations on getting into the police.’ “And then we arrested him!”

But has she actually carried out any arrests herself? “Yes, I’ve done three – one for  Theft, one for Harassing Conduct and one for Illegal Use of Telecommunications  Equipment. None of the arrests involved any violence and no-one resisted arrest or  gave me any conflict. However, just in one 24 hour period, I found myself dealing  with three attempted suicides and that had quite an impact on me.”

Of course, there is another side to her work. “Just patrolling along Main Street, I  have to stop every two minutes to answer someone’s questions and that’s something  which I actually enjoy - and all the tourists seem to want a photo of our ‘British  Bobbies.’ The officers who have experience of working in UK say that Gibraltarians

are much friendlier towards police officers than you would find in most UK towns and  cities. They also say that, compared with most officers in UK, RGP officers tend to  be more proactive and actively go looking to solve people’s problems.”

Before she joined the RGP, Lydia went to Westside School and then she graduated  with a degree in Sports Science before becoming a care worker at St Bernadette’s.  “Sometimes, when I’m on patrol, I see some of the service users who remember me

from my time as a carer and they always rush over and try to grab my equipment – the handcuffs, the baton or the spray. They think it’s weird that I’m now in a uniform.  But I must say that my bosses at St Bernadette’s were really supportive when I told  them I was applying to join the RGP. They gave me all the help they could.”

The process of turning a carer at St Bernadette’s into a police officer is a long  one. Lydia sent in her application in September 2021 and the selection process had  six stages which lasted for 3 months. Having passed the selection system, in  January of this year, the 19 successful recruits were then faced with the 20 week  Training School.

“So, although we had passed the selection system, we knew that we were still being  tested at every stage of the Training School and, if we did not meet the required  standard, we could still fail to make the grade. We had to study for exams every  week and our uniforms, especially our boots, were always being inspected. On the  course were several recruits who had previous experience as police officers and, at  first, it felt like they had a huge advantage over us but they were very helpful and  willing to share their experience with us. In return, we had lots of local knowledge  which we could share with them. Overall, I would say that the Training School was  quite tough – you could never switch off. You needed to be alert every moment of  every day for 20 weeks!”

Finally, at the end of the Training School, the recruits marched into Central Hall for  their Passing Out Parade which was attended by VIPs, including the Governor and  the Chief Minister, the Minister of Justice, other dignitaries, the Commissioner of  Police and other senior police officers and, most important of all, their parents and  friends.

‘At Central Hall, I’d invited both my parents, my brother, my boyfriend and my 4 year old niece. My Mum, in particular, was very proud of me but my niece really loved all  the band music and the marching. She now wants to a police officer when she grows  up.”

After a few weeks of working in a Response Team, how nervous does she feel?

“As a person, I now feel 100% more confident than I did before I joined. I feel that I  now know how to speak to people in the street and I think I carry myself differently.  However, despite all the police training and my uniform, I’m still just the same person  inside.”