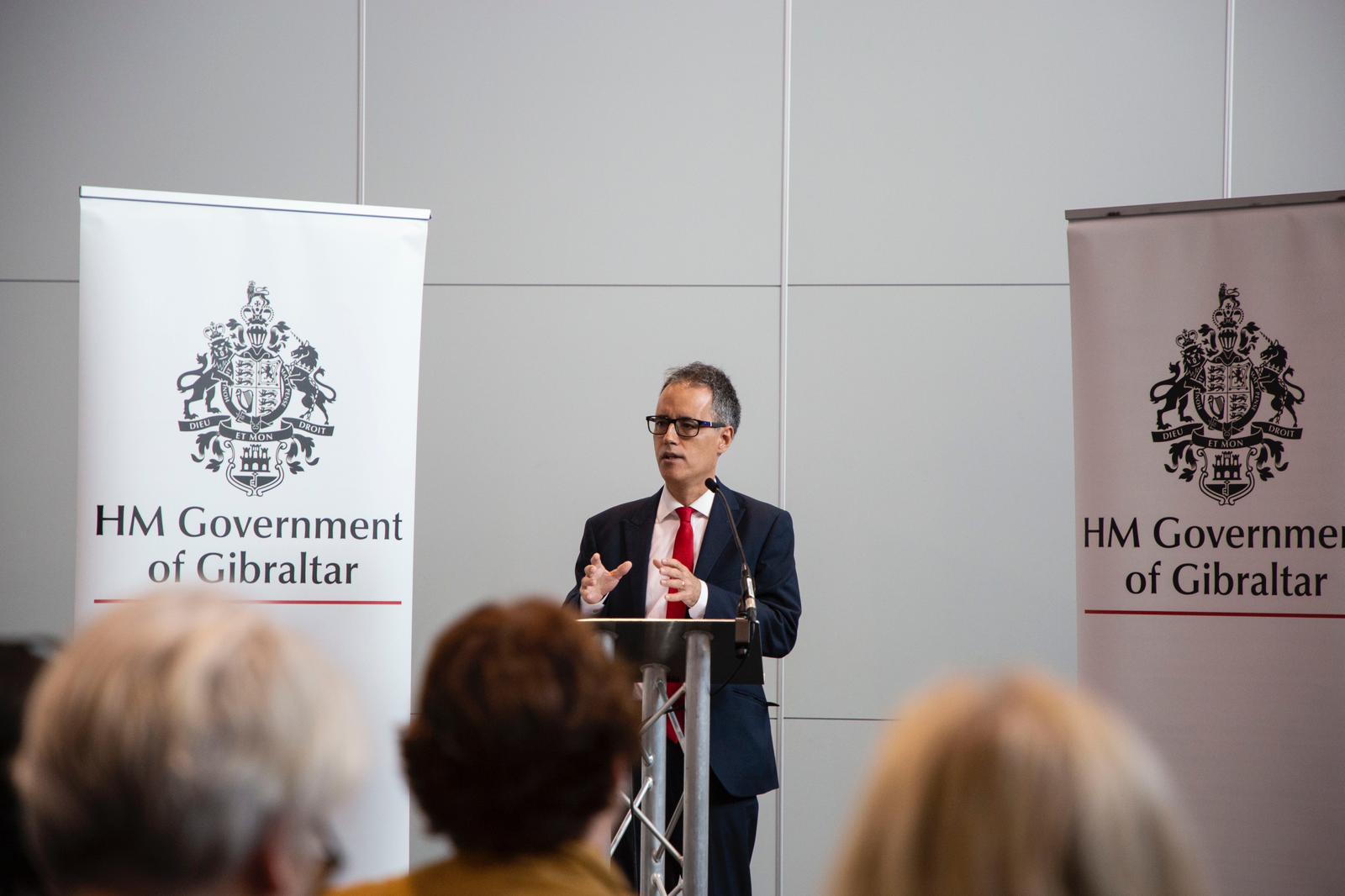 The Deputy Chief Minister Dr Joseph Garcia asserted the right to self-determination of the people of Gibraltar in Liverpool yesterday during the Labour Party conference.

This came as he hosted the traditional Gibraltar Government evening reception which was supported by hundreds of invited guests, which included Members of Parliament, Lords, politicians and diplomats.

Dr Garcia recalled that Gibraltar has supported the Labour Party with a stand and reception at its Conference for 33 years, and conveyed the best wishes of the Chief Minister Fabian Picardo to those present. The Deputy Chief Minister reflected on the historic relationship between Gibraltar and the Labour Party, and explained that it was a Labour Government in 1969 that provided the constitutional guarantee on sovereignty. It was also a Labour Government that in 2006 agreed to insert the principle of self-determination in the constitution of Gibraltar, followed by the separate political guarantee known as the double-lock.

Dr Garcia explained that armed with those guarantees, Gibraltar is now engaged in negotiations on its future relationship with the European Union.He provided an overview of the latest situation and stressed the importance of border fluidity to all the people of the area.

The Shadow Minister for Foreign and Commonwealth Affairs and International Development, Stephen Doughty, replied on behalf of the guests.

Mr Doughty reflected on the challenges and issues that are uniquely faced by Gibraltar whilst noting Gibraltar's evident deep and long lasting connections with the UnitedKingdom. Mr Doughty confirmed the “unshakeable” commitment of the Labour Party to Gibraltar's sovereignty, prosperity and self-determination, and pledged to support the Rock's economic security in its pursuit for a lasting agreement with the European Union that will work for the people of Gibraltar going forward.

Mr Doughty ended by noting Gibraltar's demonstration of leadership in the international realm in its welcoming of Ukrainian refugees and its quick enforcement of sanctions against Putin's regime. Mr Doughty, who as Shadow Foreign Minister has responsibility for Labour's EU portfolio, commented that the relationship between Gibraltar and the Labour Party is one of respect, partnership and fruitfulness that must continue.

“I was a pleased to host the Gibraltar Reception at the Labour Party Conference. The high attendance evidences the strong support for and interest in Gibraltar amongst members of the Labour Party, and the reception provided a valuable opportunity to reassert the principle of self determination in our context. This was put across firmly and we also took full advantage of the opportunity to network amongst Labour Members of Parliament, Lords, diplomats and others. I am very grateful to Dominique Searle and the staff of Gibraltar House in London for their support.” 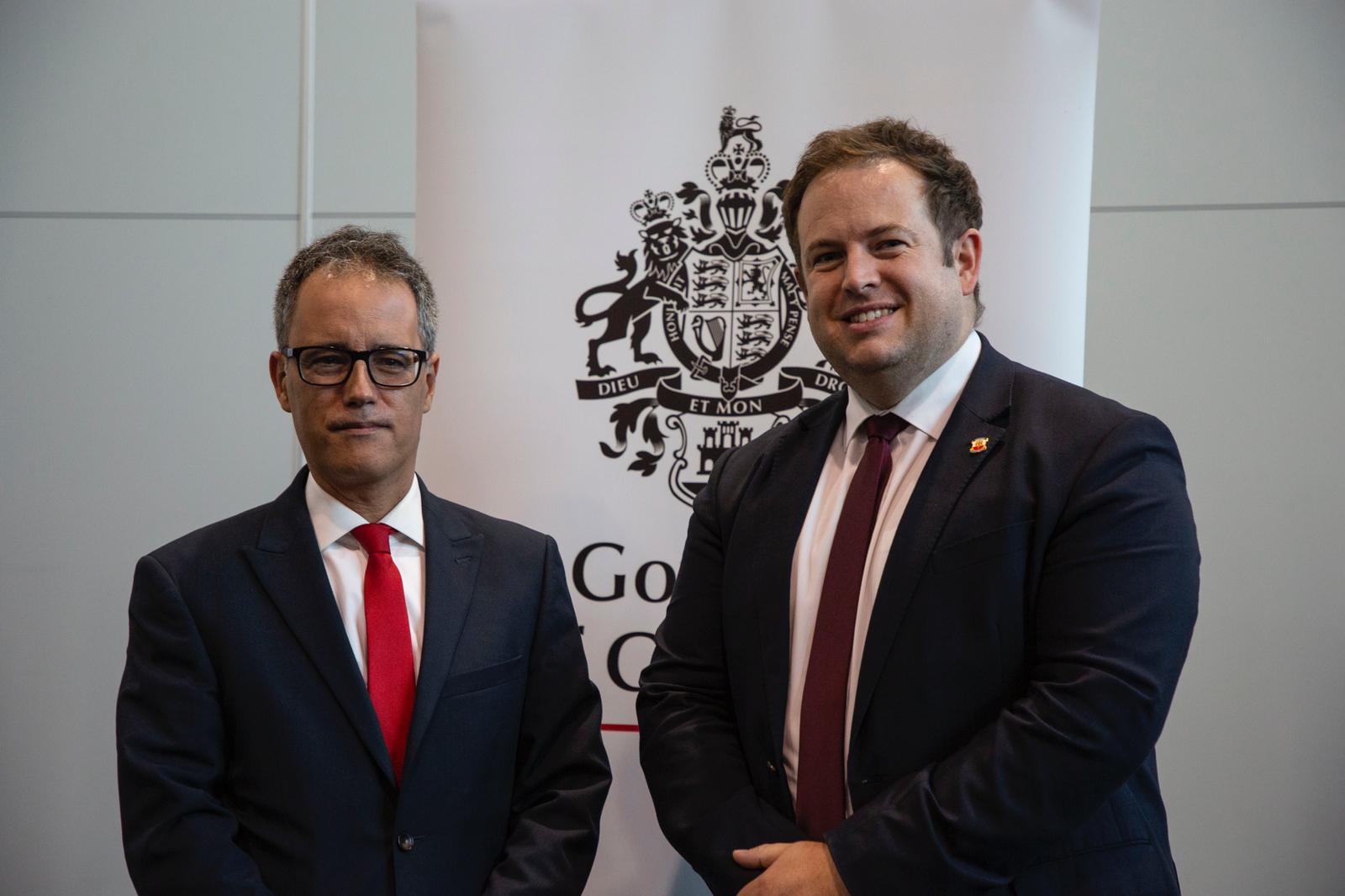