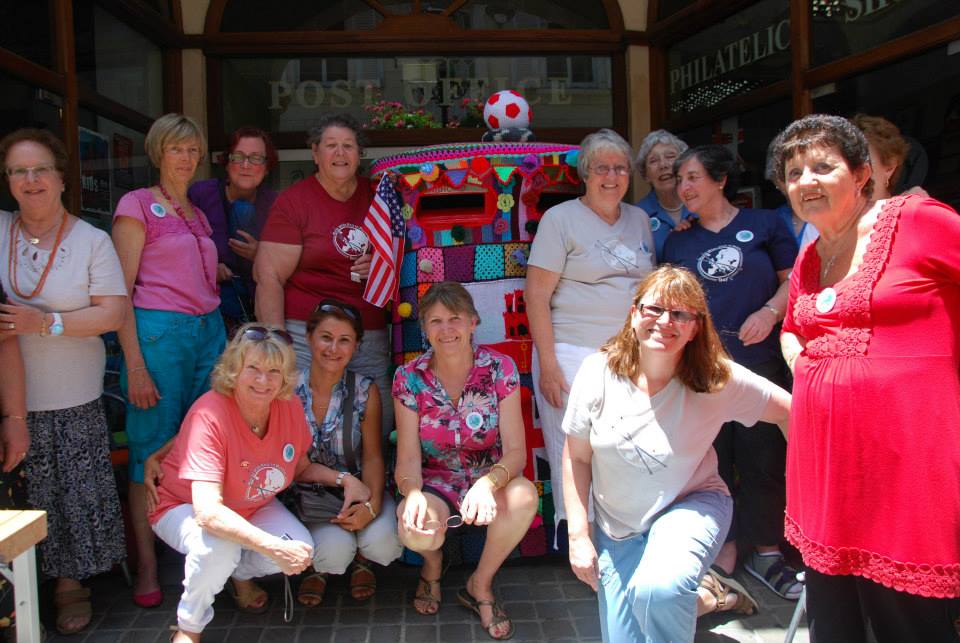 Last Saturday Knit Gibraltar celebrated World Wide Knit In Public (WWKIP) Day. The front of the Post Office was the venue for an afternoon of knitting, teaching, chatting, eating home-made cakes, and collecting for the Gibraltar Clubhouse - supporting people with mental illnesses. To mark the occasion, the main Post Box was "yarnbombed" - covered in knitting and crochet.

The group had prepared for several weeks for this special day and the resulting installation was a triumph; the familiar red pillar disappeared under a riot of crochet squares, knitted flags, roses, pompoms, and even a crochet football, to mark UEFA's historic decision.

Everyone had a wonderful time and Knit Gibraltar would like to give thanks to all those who donated to the Clubhouse Project.

More pictures can be seen on Knit Gibraltar's Facebook page.