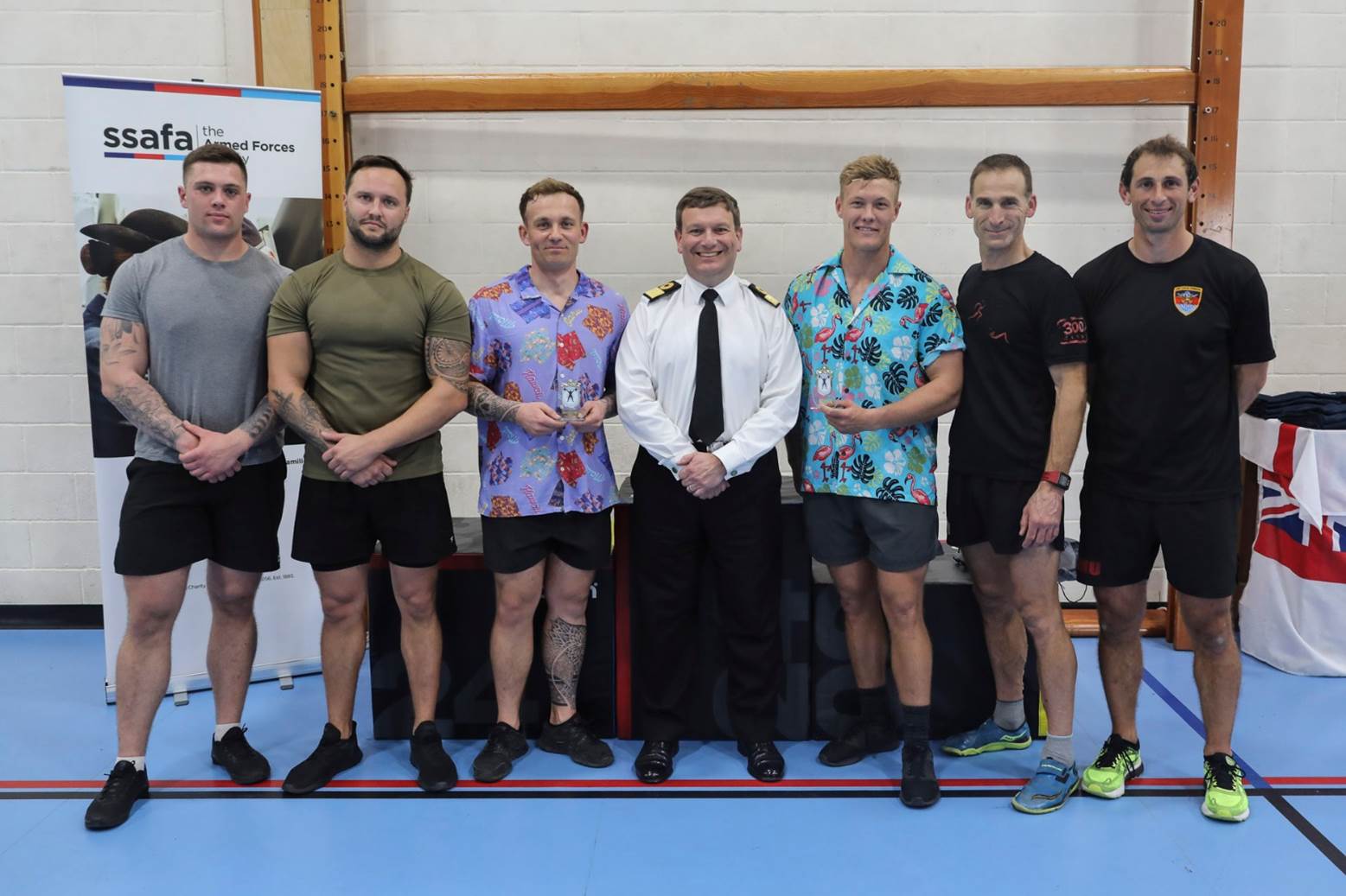 Competing to test their physical strength and mental resilience in various components of fitness, athletes undertook five team workouts over the course of the day.  Comprising of 12 two-person tri-service teams, encompassing same sex and mixed pairs, the event saw friends and colleagues pair up to fight for the winning title.

After registration and the obligatory arrivals and safety brief, athletes warmed up in preparation of the first heat.

Athletes undertook an 8 min AMRAP, (As Many Rounds As Possible), taking it in turns to complete 2 power cleans, 3 front squats, 4 shoulder to overhead press and 5 burpees over bar (50kg for males, 30kg for females). The high flyers for this workout were Cpl Danny Richards and AB Jamie Reed who completed an astounding 16 full rounds and 5 reps, closely followed by Cpl Sean Simmonds and LCpl Matthew Hall who completed an impressive 15 full rounds and 10 reps.

Making the most of the Gibraltar sunshine, as well as testing their push/pull strength, this workout saw teams having to drag an 110kg bag between them for one length of the astroturf pitch at DTC.  As soon as the bag crossed the line, they went straight into performing 100 box jumps, not so easy when the jelly legs kicked in. Adopting different strategies and techniques, teams finished within seconds of each other.  This time it was a speedy performance from Majors Nick Kemp and Phil Godsiff who finished in 03 min 35 sec. Massive shout out to LDN Kiera Gavan and AB1 Emmaline Thomas for gritting it out and completing in 07 min12 sec.

This workout was split into two parts.  Firstly, each team member had 5 mins to set a 3 Rep Max (RM) of 3 power cleans, 3 front squats and 3 shoulder to overhead press, where the bar could not touch the floor between the movements.  Cpl Sean Simmonds and LCpl Matthew Hall flew straight to the top of the scoreboard with an impressive team total of 170kg. Special mention to Team 10 (LH Robbie Fowler and Cpl Diane Rutter) who 3RM at 100kg and 40kg respectively.

Lastly, teams had 5 mins to complete as many 3m high-wall ball shots (8kg/6kg), alternating between each other.  Close on the scoreboard, but a powerful performance once again from Cpl Sean Simmonds and LCpl Matthew Hall who came out top with 151 wall balls.

The final team workout once again saw everyone head outside.  No Resilience Games would be complete without running, and this closing workout saw teams complete a 325m inner lap carrying a power bag between them (30kg for male teams, 25kg for mixed teams and 20kg for female teams). On crossing the line, they then had to complete 10 synchronised air squats.  A 500m outer lap with power bag then followed, and once again 10 synchronised air squats. A final 325m inner lap with power bag and the last 10 synchronised air squats saw an end to this rigorous workout. With the winning places at stake everyone dug deep, the fact no one scaled the power bag weight during this workout was evident in their sheer determination.  With only seconds difference between teams, first place went to Cpl Danny Richards and AB Jamie Reed with a rapid time of 05 min 32 sec.

Without doubt, each team performance during the event was exceptional.  The effort and motivation throughout the day was extraordinary. No injuries were sustained, morale was high, and despite some serious competitive streaks, motivation and team ethos was on top form.

With a final count of scores by Sgt Zoe Fowler, the results came in as follows: 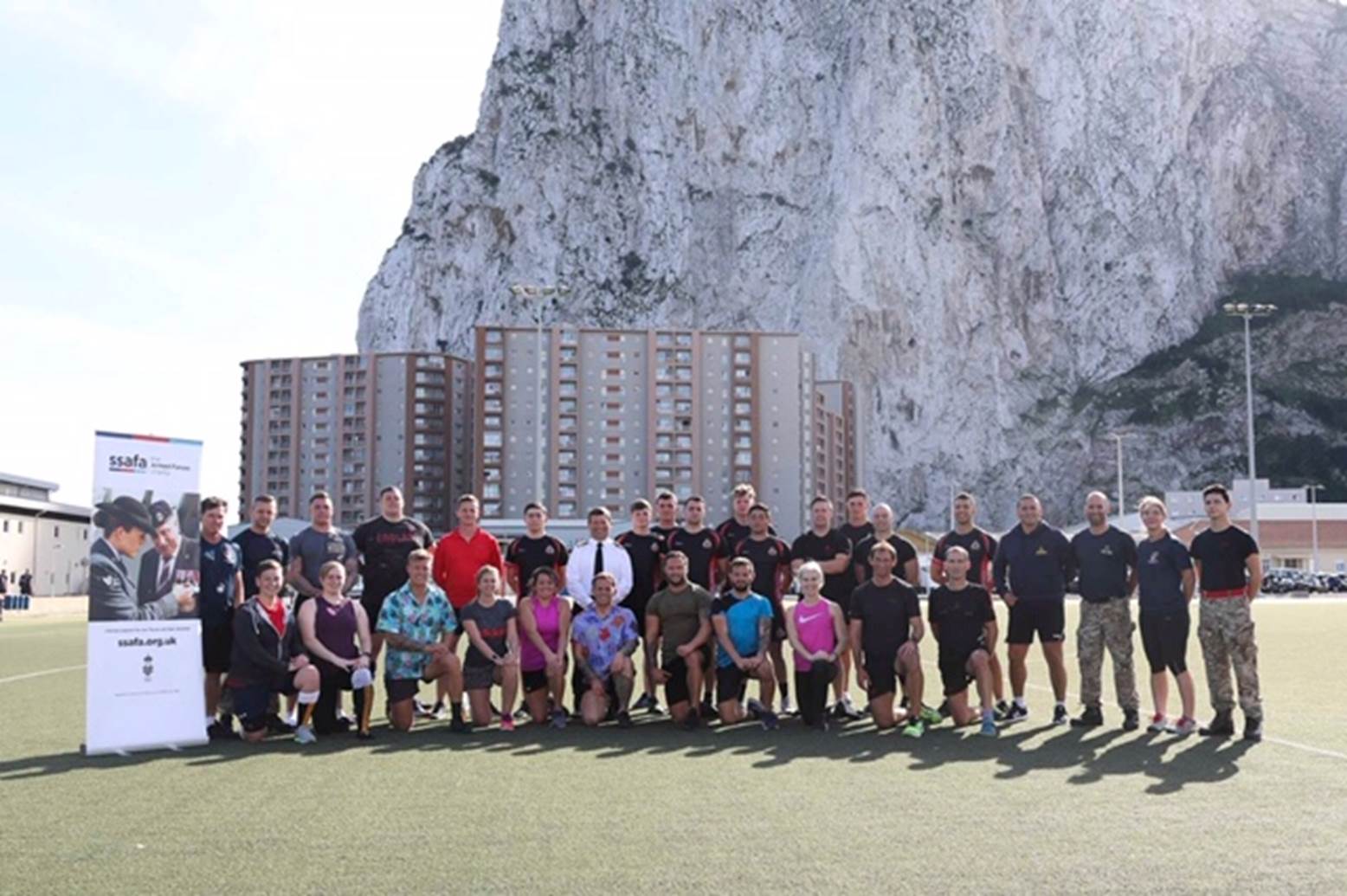