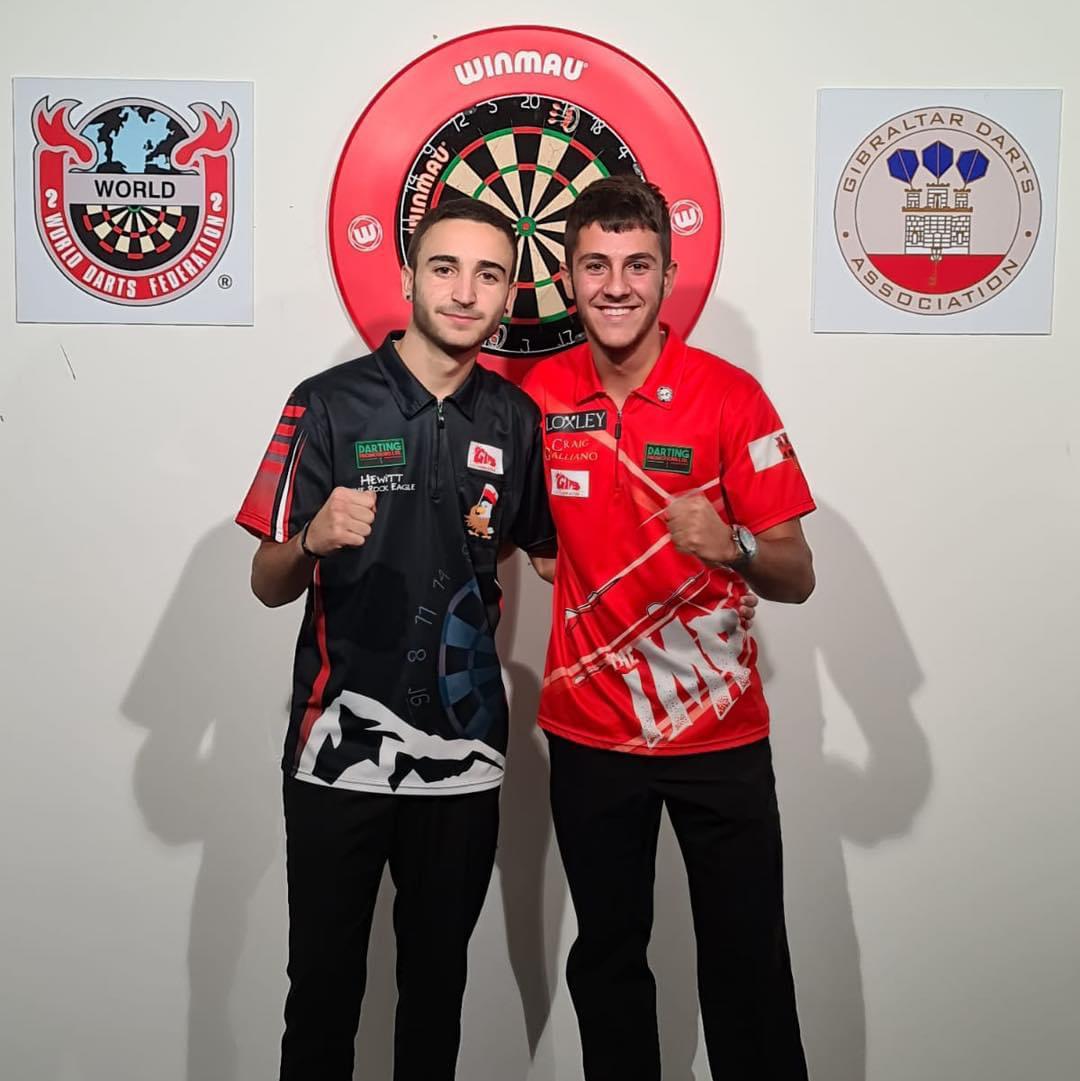 Hewitt and Galliano continue in their top form and will participate in their PDC World Cup of Darts debut in Graz, Austria, taking place between the 6th – 8th November.

Having finished in the top two of the Gibraltar World Cup Qualifiers, the lads will now compete against the top flight of the world, broadcasted live on Sky Sports.  A flurry of interest in the pair revolves around the fact that Galliano and Hewitt will be the youngest pair ever to represent a country in a World Cup of Darts – both being 18 years’ old.

Hewitt was in top form during the qualifiers, winning two and being a finalist in the third of the last three tournaments – beating Gibraltar No.1 Dyson Parody in each of the three events at two finals and a semi-final respectively.

Both players have expressed their gratitude to their Management Teams Mark Pilchard and Sean Marshall of Darting Promotions, as well as their sponsors, Loxley Darts, Kenneth Navas Barristers and Solicitors, Restsso, Gedime Motors, Robvia and CK Transport.  Special thanks are given to Minister Vijay Daryanani, with responsibility for Business, Tourism, Transport and the Port, for his support.