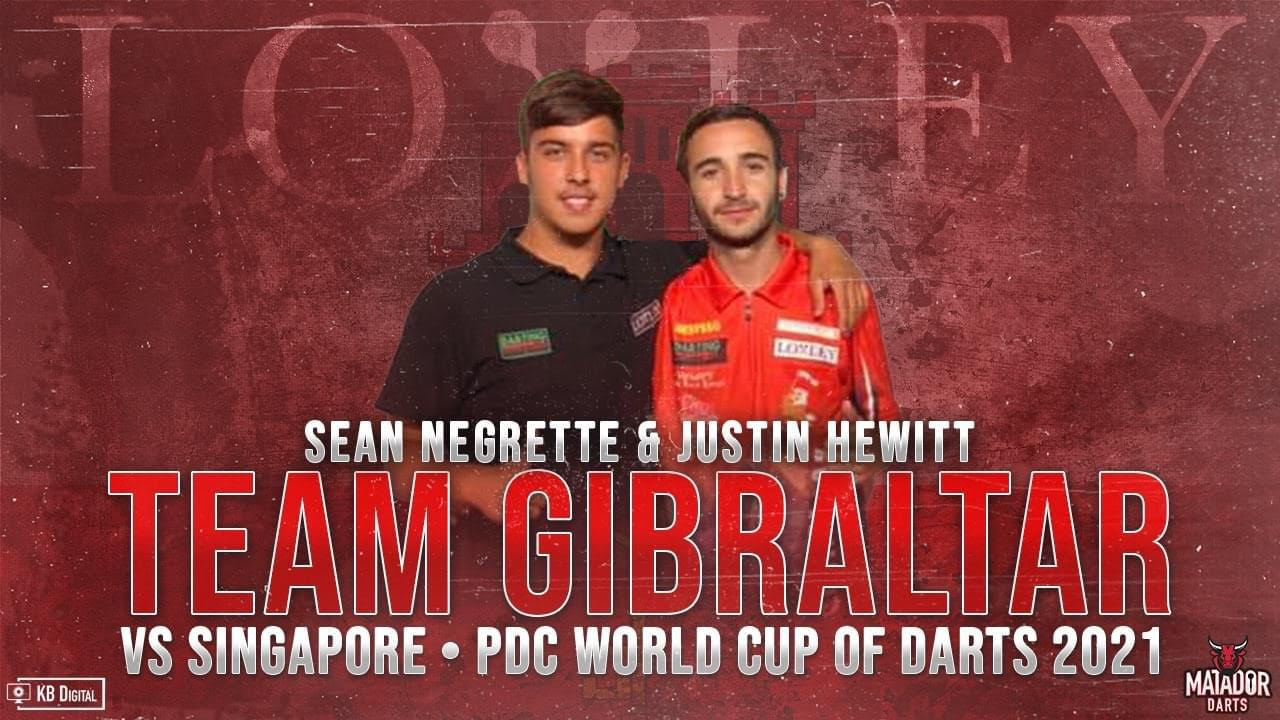 Gibraltar To Face Singapore At World Cup Of Darts

Gibraltar’s Justin Hewitt and Sean Negrette (19) will face Singapore’s Paul and Harith Lim at the opening round of the PDC’s World Cup of Darts at the  Sparkassen-Arena in Jena, Germany on Thursday 9th September 2021, available to watch on Sky Sports  Arena as from 19:00 local time.

A statement from Gibraltar Darts follows below:

This is a tough draw as darts legend Paul Lim and his partner Harith Lim have stared down and knocked  out other darting heavyweights in the persons of 2019 World Cup of Darts Champions Peter Wright  and Gary Anderson in the 2017 tournament and then current (2018) World Cup of Darts Champions  Gerwyn Price and Johnny Clayton in the 2019 tournament. Hewitt and Negrette are unfazed by their  rivals however– confident that in a good night they will be able to overcome the challenge Lim and  Lim pose.

The Rock’s flag will once again fly alongside 31 other countries in this PDC’s World Cup of Darts,  watched by millions all over the world. Hewitt and Negrette have stated that it is an honour and a  privilege to represent Gibraltar in such a prestigious tournament and are thankful for the outpouring  of support that is evident every time they wear their shirts on stage and live on TV, emblazoned with  the Gibraltar flag and VisitGibraltar logo.

Hewitt and Negrette’s main sponsor are Loxley Darts. Hewitt is also sponsored by Restsso and  Kenneth Navas Barristers & Solicitors. Special thanks are awarded to HM Government of Gibraltar for  its continued support to Gibraltar’s darts players, particularly the Minister for Business, Tourism and  The Port, the Hon. Vijay Daryanani MP, and the Chief Minister, the Hon. Fabian Picardo QC MP.