The Chamber's Annual Criticism Of The Public Sector

In my opinion by Christian Duo - Unite Gibraltar Chair:

Another year, another construed criticism of the Chamber of Commerce towards Public Sector employees.

For those who have been involved in the Trade Union movement long enough to remember, this annual ritual goes back some thirty years. Their ingrained hostility towards the public sector emanates from their dislike of having good pay and working conditions in the public sector and fear that such achievements might motivate private-sector employees to do likewise. That said, the Chamber's use of statistics has a rhyme with a Scottish saying by Andrew Lang, when he stated, ‘He uses statistics as a drunken man uses -lampposts- for support rather than illumination.

The fact that average wages in the public sector are higher than in the private sector does not mean that one is comparing like to like. With some exceptions, private sector employees have a more significant number of employees on minimum wages, regardless of the individual qualifications, skills and responsibility (jobs in retail, construction, tourism, hospitality, etc.). This tends to have a downward effect in driving average wages down. The situation in the public sector is different. The public sector recognises such qualifications, skills and responsibilities and rewards its employees with the adequate salary. Concerning the Chamber’s claim that Civil Servants have a ‘generous pension scheme’, it is important to note that the previous Civil Service final salary scheme was done away in 2010. Since then, new entrants enjoy a contributory scheme “Superannuation scheme” with fewer benefits.

The alarmist and paranoid language of the Chamber misses the bigger picture to be made. Firstly, they conveniently silence the fact that for the last two years, employees in the Public Sector have had pay restraint. This means that employees' purchasing power has fallen, and they are now in a worse position at a time in which inflation continues to erode their standard of living. This also has a negative multiplier effect on the broader economy; the lower the standard of living of working people, the less money to buy goods and services in Gibraltar, thereby putting more strain on local businesses. Again, one should be mindful that whilst most employees in the public sector are Gibraltarians working and living in Gibraltar, many in the private sector work in Gibraltar and live in Spain, thereby using their earnings within the Campo area. So, a lowering in demand in Gibraltar means vulnerability for the business community.

The demonisation of Public Sector employees by the Chamber, with the use of pejorative words, like ‘creating a millstone for the private sector businesses that have to pay for such increases in the public sector at a time in which companies have been struggling with the effect of financial crises’, is misleading in some important ways. The experience that Gibraltarians have when inflationary pressures are built-in is that businesses by and large pass on such increases to their clients. Thereby eroding still further workers' standard of living. Equally important, it is a fact that for the last 25 years or so, successive Governments have traditionally, in their budget measures to the House Assembly/Parliament have, continuously lowered the tax burden on businesses to make them more competitive, at the expense of reducing the potential tax dividends to Government.

The actual financial millstone that has been placed is on the shoulders of the public as a result of having had to support local businesses throughout the Covid pandemic. Trade Unions and workers applauded the Government for introducing the BEAT package of measures, despite being in the form of grants, in order to help businesses through the financial contraction and closures. Within the package of measures, not only businesses were assisted with PAYE and Social Insurance waivers, but payments from the Government due to perishable goods that they were unable to use, rate and rent relief provided, and most importantly, through The Employment (Self-Isolation) Pay Order 2020, this has meant many businesses have been able to be reimbursed by Government, for having their employees to Self-Isolate due to Covid. These measures have cost the public millions and millions of pounds to pay as a form of collective solidarity towards our local businesses.

The success of the Gibraltar economy has been due to the exponential increase in the total size of the labour market, from some 12,700 in the mid-1990’ to some 29,500 as of October 2020. What the Chamber of Commerce should be focusing on is how we maintain or increase the size of our economy. A race to the bottom of pay and conditions of employment (much desired by elements within the Chamber) only create poverty at the expense of a few business owners.

The Chamber has a role to play in ensuring that new businesses opportunities start in Gibraltar. Also, to ensure that its members comply with employment and tax laws, and no employee has been placed in a position of illegal labour. Whilst some good work has been provided by the Chamber within the ‘Cross Frontier Group’ in acknowledging the importance of a fluid frontier for goods, services and workers as a positive way forward, this contrasts with some within the Chamber's parochial hostility towards Public Sector employees. A thriving economic Gibraltar should be one in which all employees (Public & Private) should be able to live with adequate living wages in order to raise their families and enjoy a decent standard of living. Such an aspiration is not only good for employees but is also good for businesses. 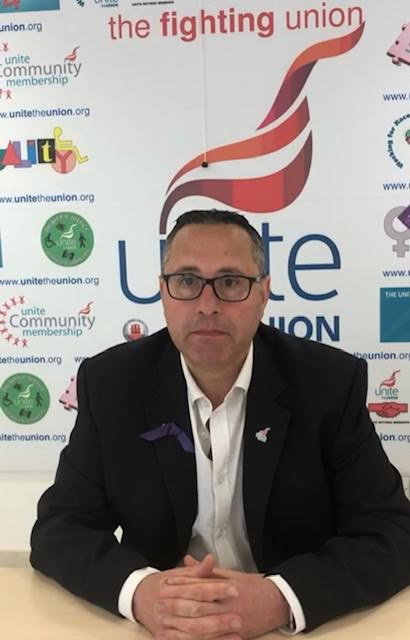