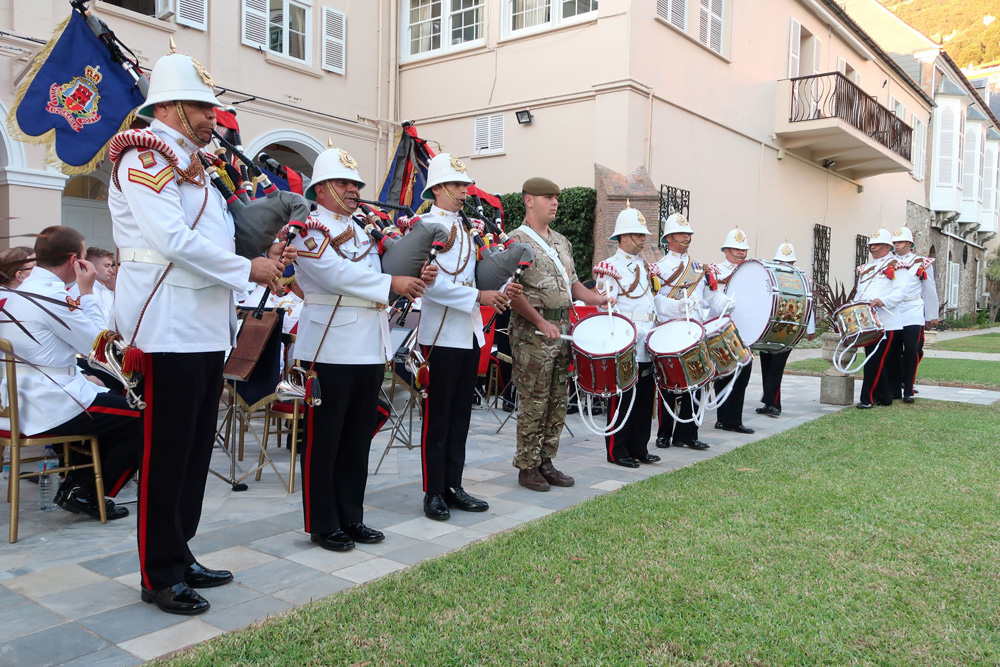 A fundraising concert by a number of military bands helped raise approximately £400 for charity at the Convent last night.

Over 100 guests attended the two-hour event in aid of the Royal Gibraltar Regiment Benevolent Fund (RGBF).

Some 40 musicians performed several songs from the Beatles, James Bond movies and war time favourites including The Dam Busters and We’ll Meet Again.

The event was held in the gardens of the Convent, the official residence of the Governor of Gibraltar, Sir David Steel.

The Governor, who introduced the event, said: “It was a great concert and lovely to see so many people here.

“We’ve got all these people from Bermuda, Gibraltar and the United Kingdom, you couldn’t get a better combination could you really?

“The money raised from the sale of the tickets will go towards the Royal Gibraltar Regiment Benevolent Fund and a few other local charities. So actually, Gibraltar is helping itself and that’s always a good thing to do.”

The RGBF is a charity that supports the welfare of both serving and retired members of the regiment and their families.

Tom Rundle-Wood, who was recently appointed as the Bandmaster of the Royal Gibraltar Regiment, added: “On the whole it went rather well. Four bands together with not a lot of prep time, different conductors, different ways that people play, different tuning, a change in date, a change of weather. It’s not an easy thing, but we did it.

“People laughed, people smiled, and they enjoyed themselves. There is a different mix of people here, you have high ranking officers down to students, who we encouraged to come here from the local school just to see what military music is like and to enjoy it.

He then chuckled: “I just hope Bermuda return the favour and invite us over there!” 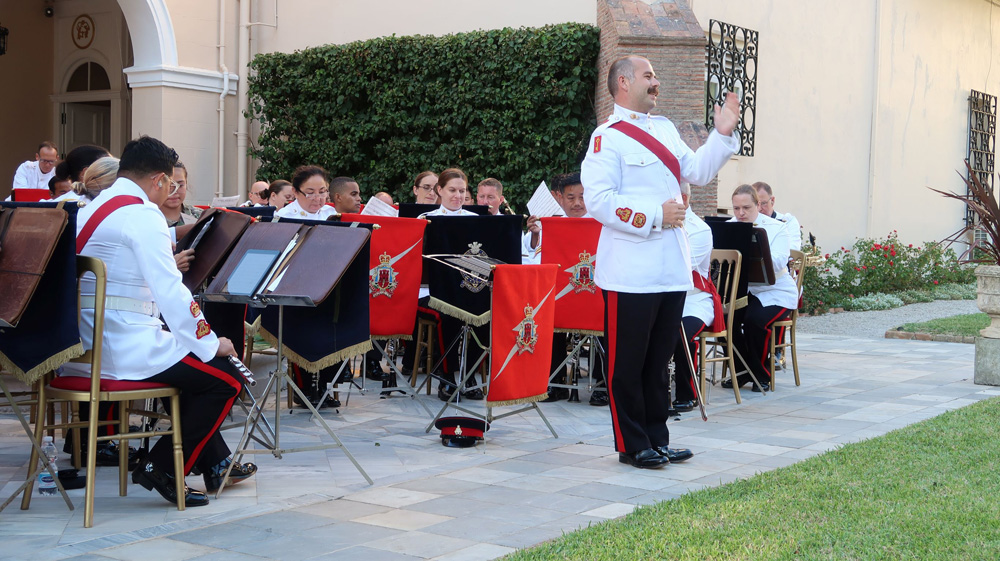 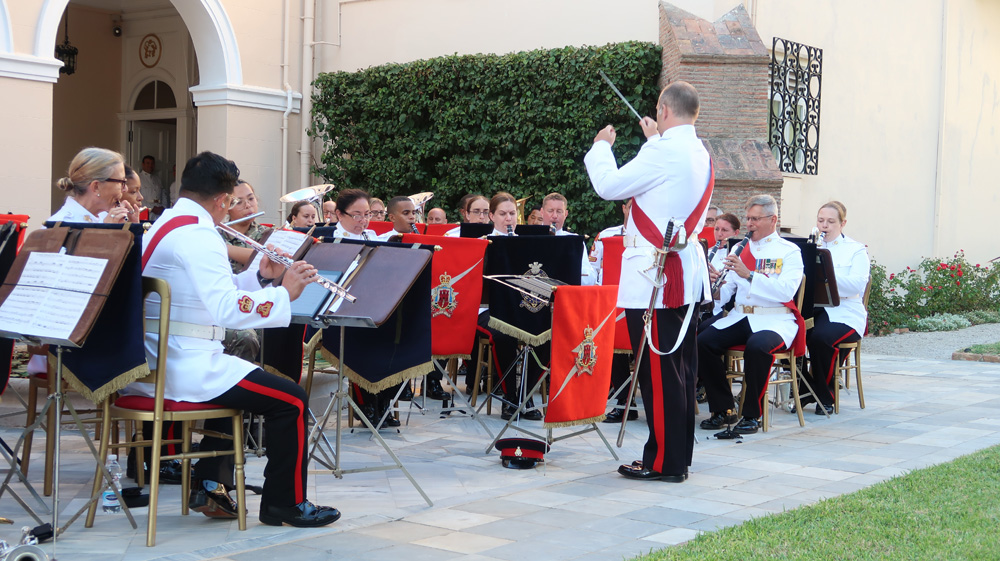 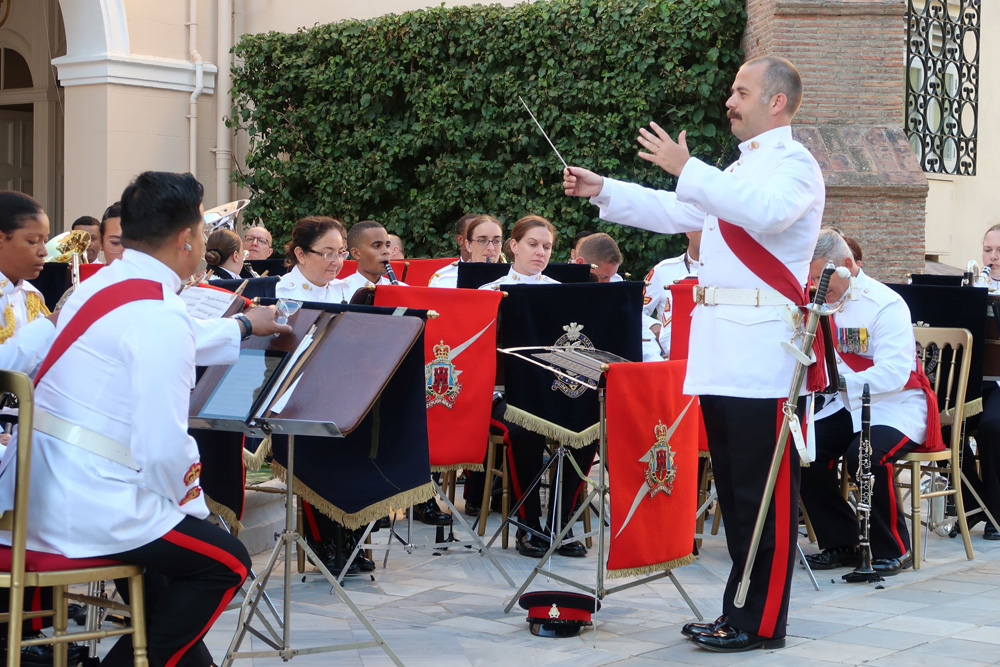 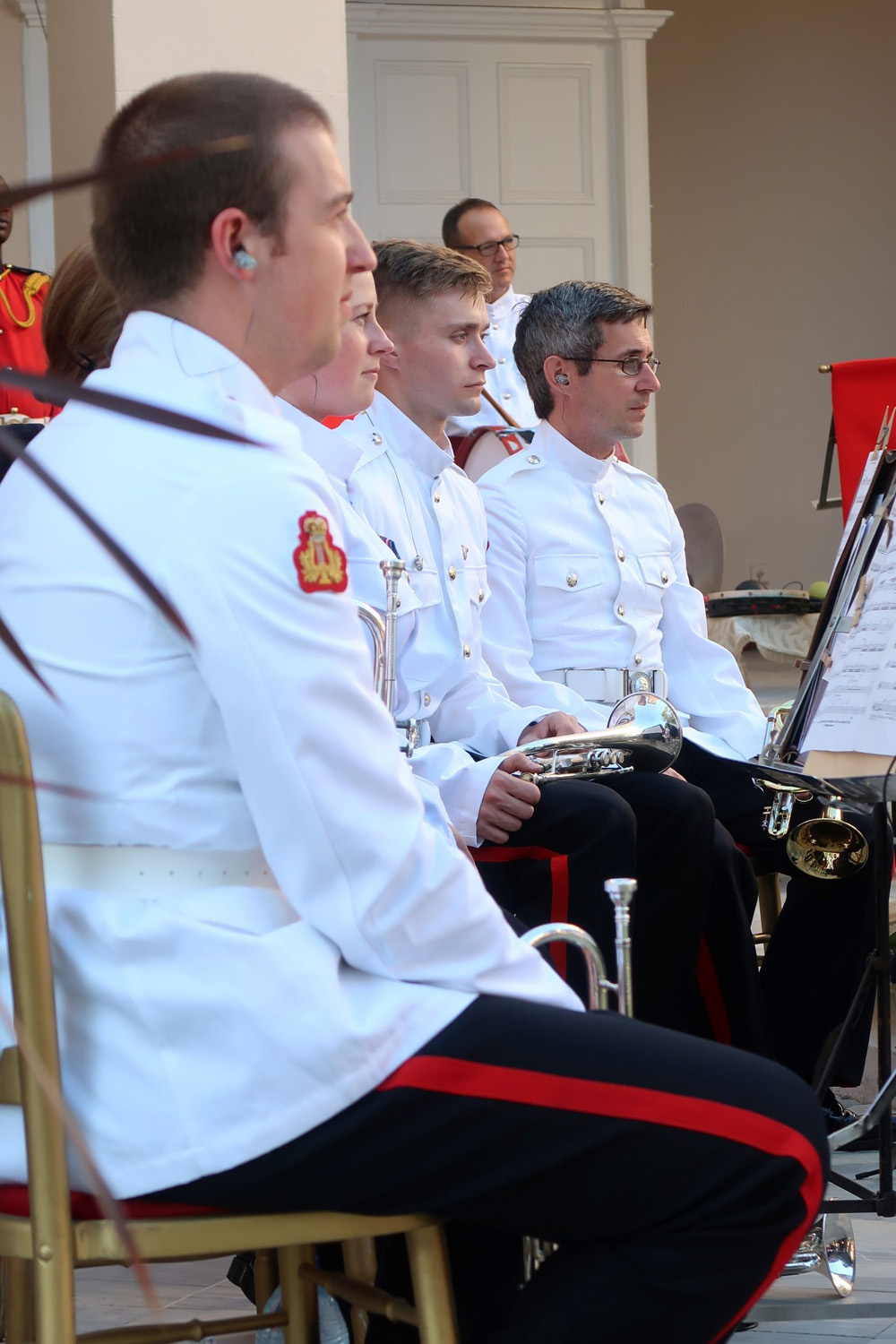