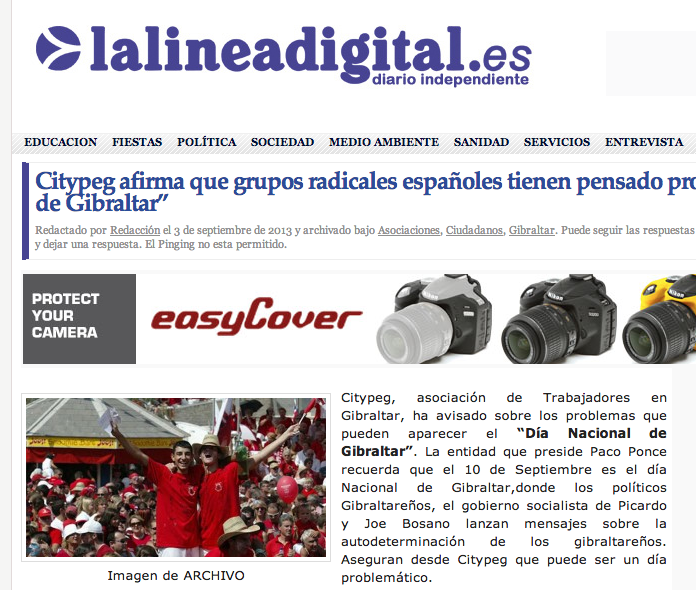 Citypeg said: "With the situation we are currently facing, and from the information we have been given, there will be problems that day"

The article refers to the speeches on National Day, speciifically Joe Bosano's speeches, which have been referred to as "Anti-Spanish" and which Spanish Radicals will not put up with this year.