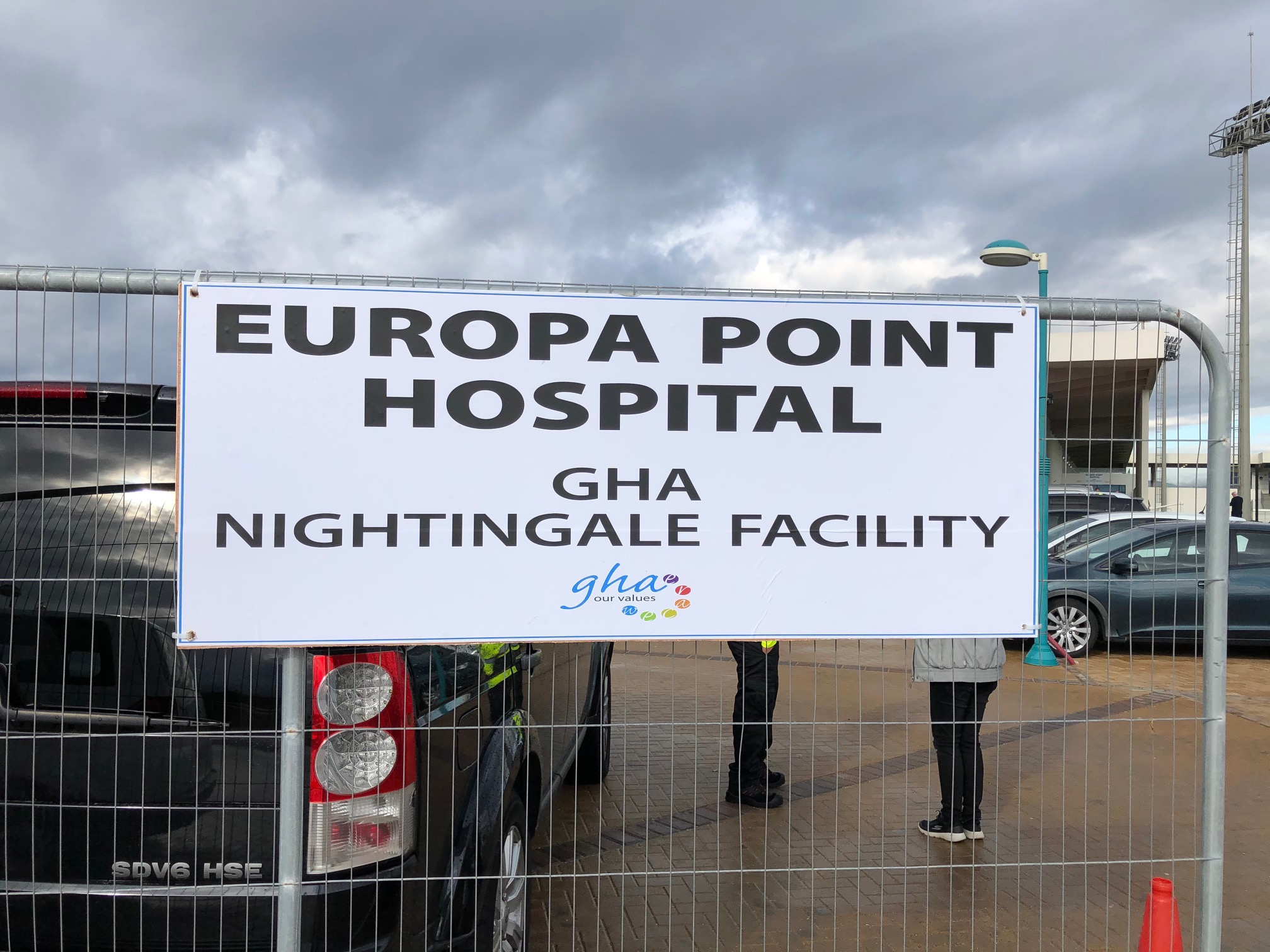 It was used for the Island Games last summer and hosted music acts last September but, in less than three weeks, the sports hall at the Europa sports complex has been transformed into a field hospital with over 190 beds as part of the GHA’s preparations to tackle the COVID-19 pandemic.

Although ready to accommodate a surge in hospital admissions, both politicians and medical staff said they strongly hoped it would never be needed.

The facility would only be used if there are no available beds at St Bernard’s Hospital and is designed to cater for the medical needs of the lowest acuity patients. It can also be expanded beyond the present capacity to accommodate 300 beds.

The individual cubicles are divided by privacy curtains but the overall set up allows nurses to see all patients in one row at a glance.

The Chief Minister said: “It’s remarkable what Gibraltar can achieve when we’re all rowing in the same direction. If you’re brought here from St Bernard’s you’ll have the same standards of care. We need to thanks everybody who has made this a reality in less than three weeks.”

He added that he hoped the facility would remain idle but that, after seeing the experience of other countries, he wanted to make sure no Gibraltar resident would have to lie in a corridor waiting for a hospital bed. Mr Picardo said that he hoped that the early decisions to limit the movements of the over 70s and to close catering establishments were enough to “stop the worst effects of the pandemic.”

The Minister for Health Paul Balban said it was inspiring to see the facility become a reality in such a short space of time.

He said: “I have so much appreciation for the work that everyone has done. I’ve seen this develop from a bare hall into a hospital - we are very fortunate to have had this facility from when we hosted the Island Games.”

He added: “The team are upbeat and are working very well together but the hope and the wish is that this is something that is just there in case we need it and that it will never ever have to be used. If it becomes necessary, this facility will save lives. We’re in a very good position to protect and keep Gibraltar healthy should the need arise.”

Acting Matron Sarah Smith and Matron Natasha Cerisola (pictured below) spoke to the press about the quality of care the facility will be able to deliver and the mammoth effort that made it a reality.

She said every patient in the facility would have access to an oxygen supply either via a small generator or a cylinder.

Ms Cerisola explained that Matrons would be based on the viewing balcony which would provide a bird’s eye view of the entire hall. “That way we can be monitoring what is going on every second of the day.”

She explained the facility, if needed, would start functioning with 30 beds at a time - this level of capacity would require one doctor and six nurses during the day.

She stressed that the care on offer would be “excellent”.