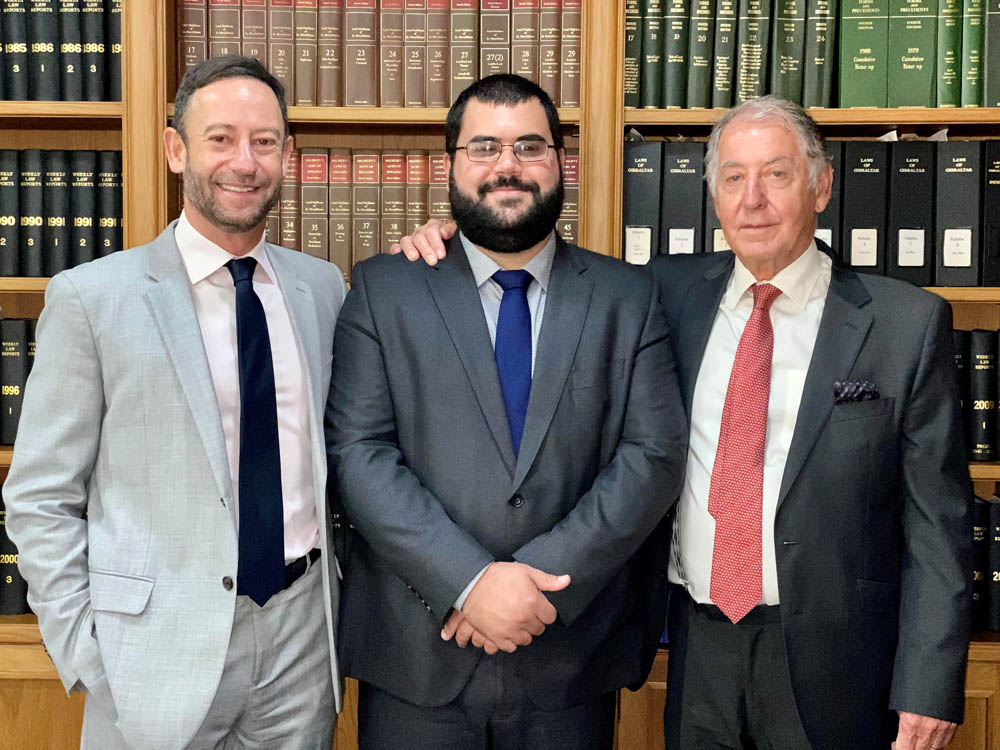 Ellul & Co. are delighted to welcome our fourth-generation family member to our firm, Jamie Hammond, the grandson of the founder.

The firm was founded by Eric C. Ellul in 1973.  His father, John Ellul, worked with him during the last years of his life after formal retirement and helped build up the practice.   Over the years, Eric built up a busy and thriving general practice with an emphasis on establishing companies during the emergence of Gibraltar as a finance centre.

And, of course, he became ‘the divorce lawyer’ of Gibraltar, dragging out of the doldrums what was the ancient and inadequate state of our matrimonial laws and was instrumental in bringing necessary and very welcome reform, often in the face of censorious opposition.

In 1995, Marc X. Ellul, Eric’s son, joined the firm and has since gradually taken over its management and future development and has steered it with great expertise and enterprise into the 21st century.

The firm has now grown from small beginnings into a medium sized vibrant firm with 8 lawyers, all experts in their own fields and ranging from, of course, matrimonial law, conveyancing, company law and trusts, commercial law and, recently, insolvency practice and commercial litigation.  The firm is the leading firm for notarial practice, having three resident notaries.  The firm now occupies two floors in Hadfield House.

Jamie obtained a first-class honours degree in history and passed his Bar examinations with flying colours.  He started work with the firm at the end of August of this year and has already demonstrated his ability to thoroughly research legal points, often of a complex nature, and has already implanted with authority his position as a future valued member of the firm.