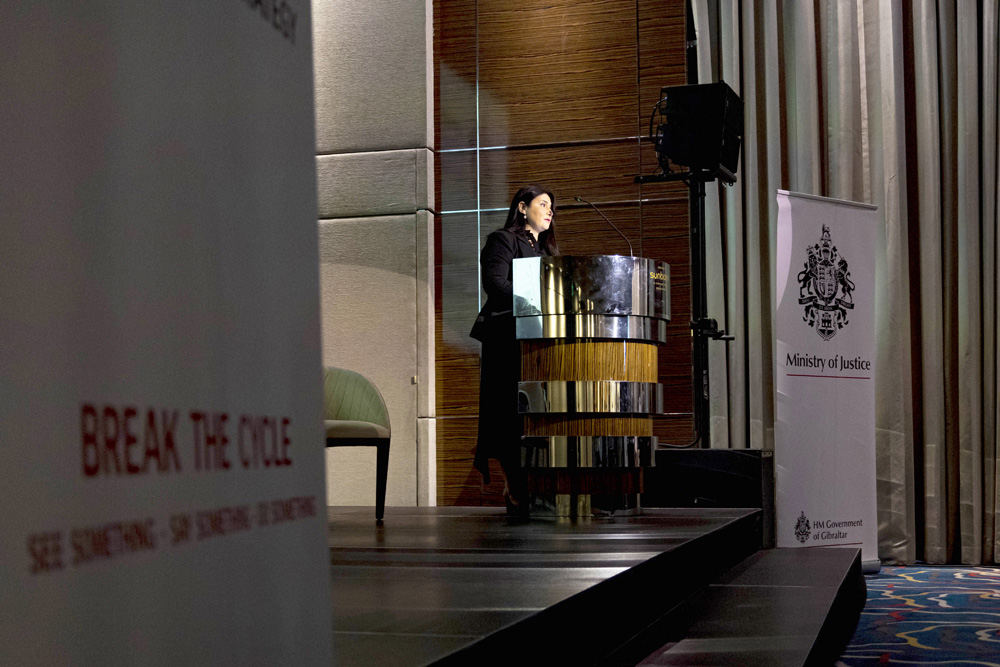 The Minister for Justice today held the first ever conference to raise awareness on the issue of Domestic Abuse. The conference was attended by over 150 public servants with a key and vital role to play in Gibraltar’s collective fight against domestic abuse whether it be in the support of victims or children or work with perpetrators were in attendance.

The first keynote speaker was Rachel Williams the founder of SUTDA, (Stand Up to Domestic Abuse) a Patron for WCID – What Can I Do and Ambassador for Locality Solutions. The second keynote speaker was Luke Hart, an award winning domestic abuse advocate and author who will set out his experience of living in a family where emotional abuse and psychological control were the norm. Their accounts explained their personal experiences of domestic abuse and in doing so they showed how important it is to listen and learn from survivors.

Finally, attendees heard from the co-founders of Operation Encompass, Elisabeth Carney-Haworth OBE and David Carney-Haworth OBE. They explained how domestic abuse makes children particularly vulnerable and the impact it can have on them and more importantly what can be done to support them especially by enabling better information sharing.

Although today marks the United Nations International Day for Elimination of Violence Against Women and Girls as they are particularly vulnerable to domestic abuse, the conference highlighted how domestic abuse is not limited and includes all forms of domestic abuse. Statistics from the Royal Gibraltar Police show 1/3 of victims this year have been men. Domestic abuse can happen to anyone regardless of gender or sexual orientation.

A major part of the Government strategy has been the recent publication of a Bill for a Domestic Abuse Act. This follows a detailed and extensive period of consultation which included the publication of a command paper the replies to which, in particular from the legal profession, the judiciary and the Royal Gibraltar Police, have shaped the provisions.

The Bill reflects a modern understanding of domestic abuse and in particular closes the gap in our current law by creating a new offence around patterns of controlling or coercive behaviour that occurs during a relationship between intimate partners, former partners who still live together or family members. This offence sends a clear message that this form of domestic abuse constitutes a serious offence and provides better protection to victims experiencing repeated or continuous abuse. We must all recognise the harm caused by coercion or control, the cumulative impact on the victim and that a repeated pattern of abuse can be more injurious and harmful than a single incident of violence or move on to even more serious consequences.

The cost of the conference has been met by Peninsular in its entirety.

The Minister for Justice and Equality, Samantha Sacramento, said: “Domestic abuse is a violation of human rights. It is one of the most widespread, persistent and devastating problems in our world today and remains largely unreported due to the stigma and shame surrounding it. It is a worldwide issue to which Gibraltar is not immune.

“The elimination of domestic abuse in Gibraltar has been a key commitment of the Government for a long time and a great deal of work has already been carried out, and meaningful progress has been made by stakeholder departments to give effect to this. As an example, in 2019 the RGP trained every one of its 250 police officers in domestic abuse.

“We cannot remain indifferent and we all need to take ownership of this issue. It is critical that we continue to change attitudes and behaviours and especially how people perceive domestic abuse.

“The Covid-19 pandemic magnified the unfortunate fact that there has been an increase domestic abuse, therefore it is important that as a community we all work together to address this evil in our society and make Gibraltar a great place to grow up.”

“Our message has always been clear with regard to domestic abuse and from our end we try and do as much as we can at every level to take this forward and break the cycle. The new legislation is just the most visible part of this strategy.

“Starting today, we will be joining the international campaign on #16DaysofAction where we hope to highlight the issues discussed today, as well as reiterating that victims of domestic abuse are not alone. Join us in spreading the message, ‘See Something, Say Something, Do Something.

“I am extremely grateful to Peninsular for sponsoring the event, and I would like to express my deep appreciation not only for their generosity but to them directly for also wanting to better understand why organising this event was so important.” 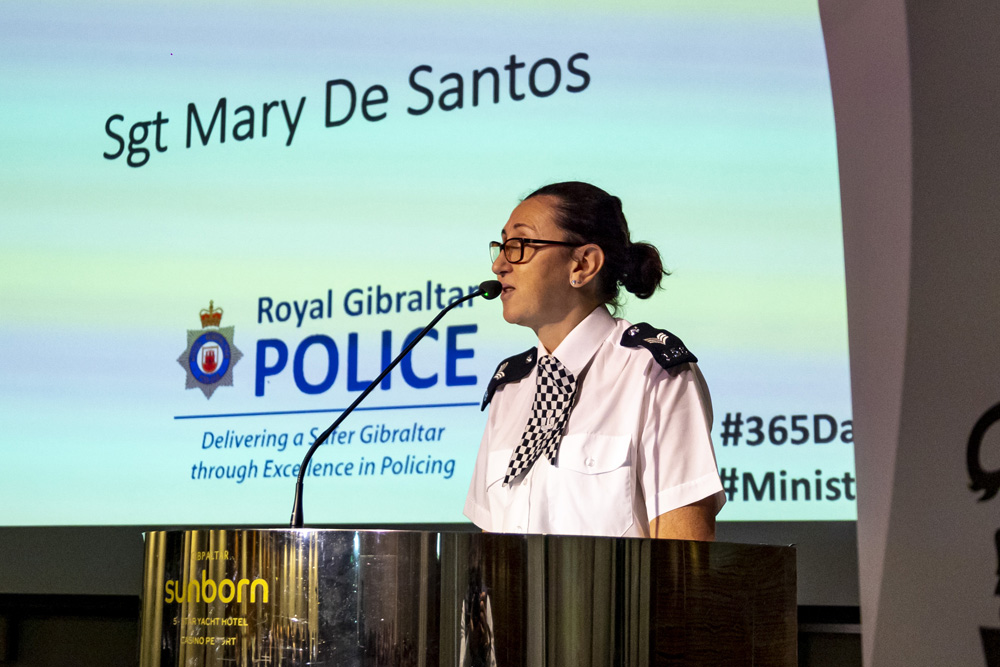 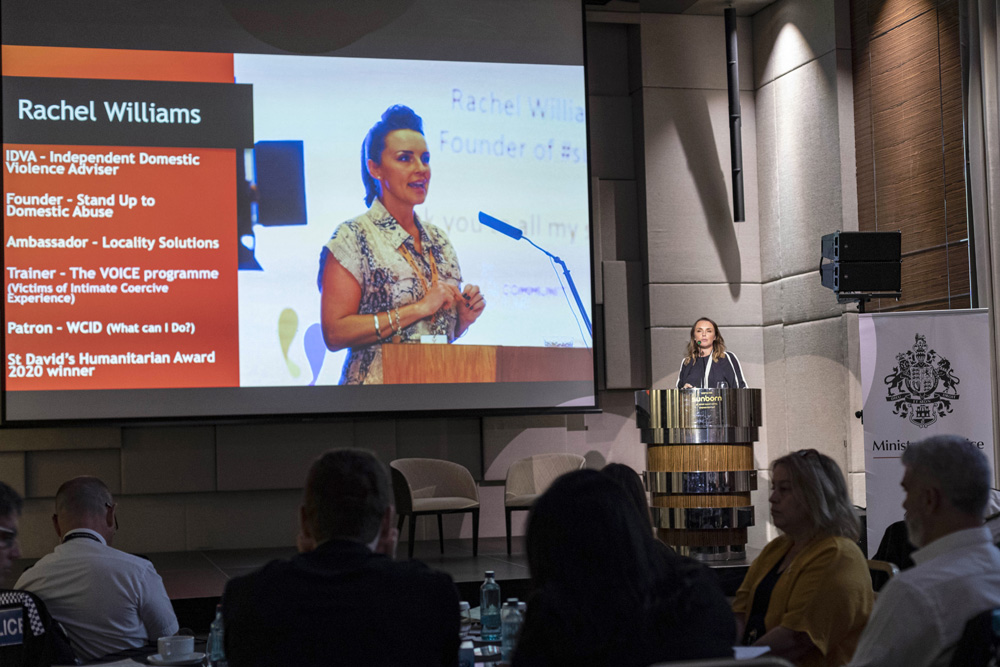