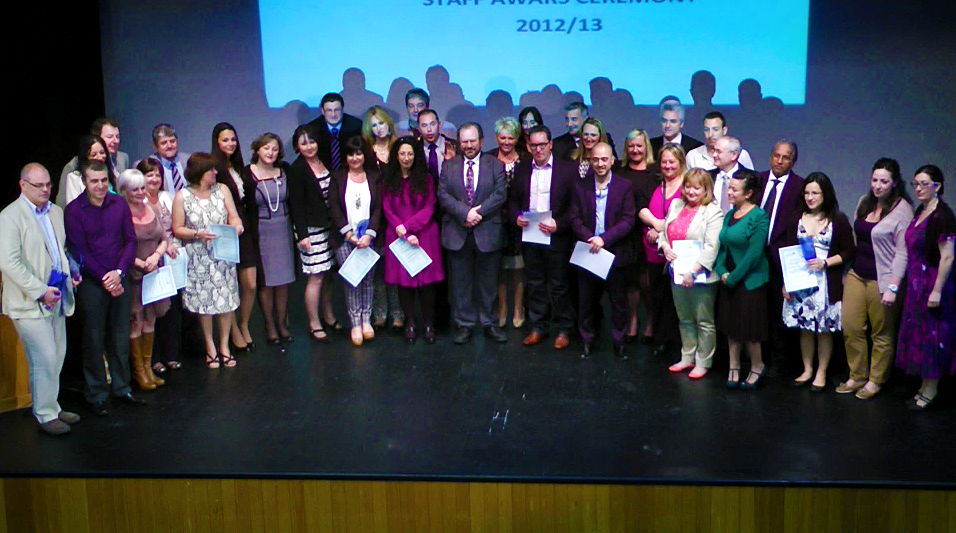 Yesterday’s GHA Employee of Year Awards boasted a huge turnout, with 150 GHA staff members gathering at the John Mackintosh Hall to celebrate the long and loyal service of staff who have worked for the GHA for more than 25 years and a range of individual and team acts of outstanding performance in 2012 in the 8 individual award categories.

The GHA Qualified Nurse of the Year Award was presented to St. Bernard’s Hospital staff nurse, Julio Velarga, for providing a high level of personal support and expert care to patients, including out-of-normal working hours.

The GHA Nursing Assistant Award was presented to Geraldine Espinosa who works at the Primary Care Centre. Geraldine received an unprecedented 40 separate nominations for the caring and sensitive way she relates to patients at the primary Care Centre but also including when she escorted her mother to Calpe House in London where she continued to provide support and help to other patients who were in the UK for treatment.

The GHA Doctor/ Dentist of the Year was awarded to Anthony Fearon of the Primary Care Centre Dental department. Mr. Fearon received the award due to his kindness, courteousness and calming manner, particularly with children. He fully involves all patients in their treatment, explaining what their treatment will consist of and why and treats everyone with the utmost respect to the point where he takes the fear away from trips to the dentist.

The GHA Allied Health Professional/ Healthcare Scientist of the Year award was presented to Isabella Crisp, an optometrist at St. Bernard’s Hospital. Isabella has developed, from scratch, a modern and efficient hospital optometry service which covers a wider range of services than an equivalent UK department.

The Award for the Frontline GHA Support Services Employee of the Year was jointly awarded to Karen Gomez and Sabrina Viales of St. Bernard’s Hospital. The award was shared between two staff members of the sponsored patients department for the high level of personal support they provide to patients needing to travel to the UK for hospital treatment and for the way they manage to remove patient’s fears and worries about these journeys.

The GHA Behind the Scenes Support Services Employee of the Year award was presented to Aaron Asquez and Ernest Gilbert of the GHA IT Department. This award was also shared between two staff members for their high level of on-going support, dedication and enthusiasm in helping to improve the quality of the data in GHA’s patient’s medical records. They have brought about a 76% improvement in accuracy over the last 12 months covering more than 41,000 paper records.

The GHA Department of the Year Award was awarded to KGV Hospital as a result of a number of nominations received from grateful parents and relatives of patients in KGV, who all noted the very high level of care and support provided by all the staff at KGV in spite of the difficult environment in which they are providing this care.

Finally, the GHA Employee of the Year Award was presented to enrolled nurse at St. Bernard’s Hospital, Agnes Holmes. Agnes’ citation as written by a colleague who described her as “an outstanding nurse full of knowledge, compassion, empathy, emotional intelligence, honesty, tact and with outstanding interpersonal skills”. Her colleague went on to point out that Agnes works long hours but is always cheerful, polite and with a great sense of humour that makes working with her a pleasure in what can be a difficult, emotional and demanding medical specialty.

The awards, which were separately sponsored by Bentley Property Services Limited, Isolas, A Soulie Audibert and Restsso Trading, included glass trophies, travel vouchers, funds for the award recipients’ departments, and a gift and fruit hamper donated by Gibmaroc Limited. 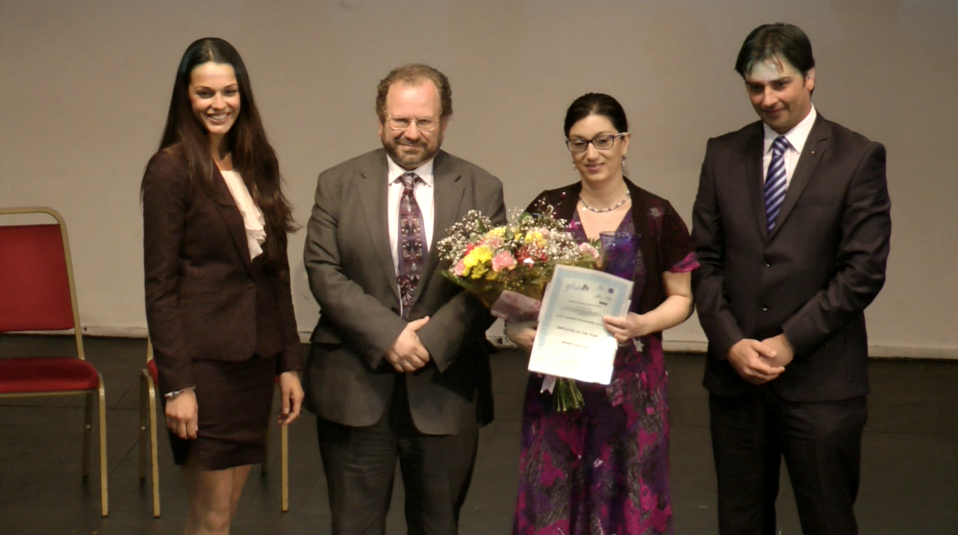