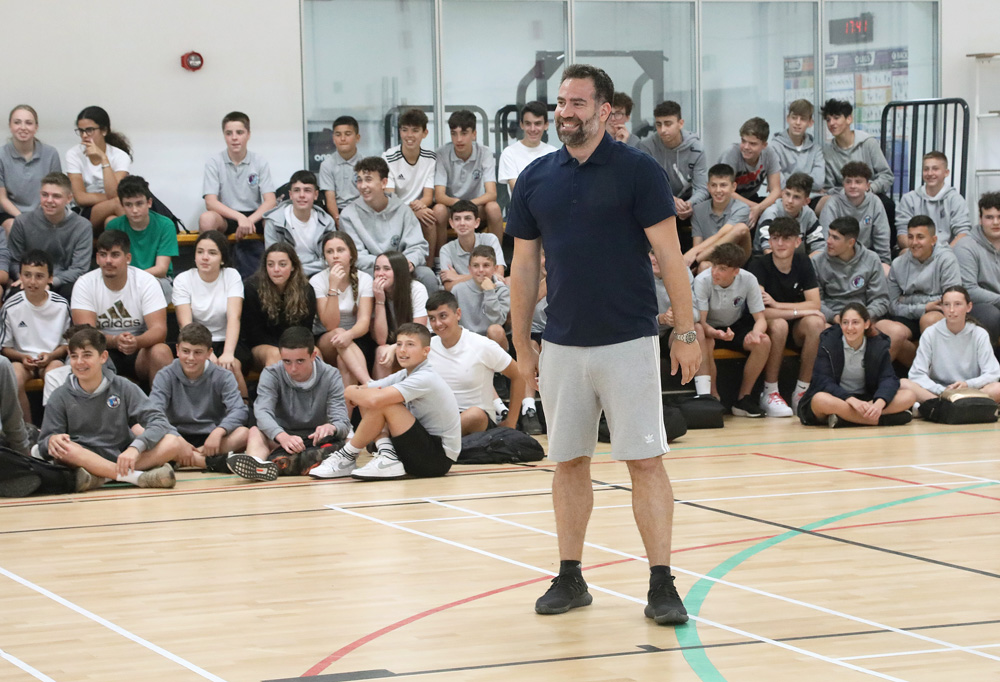 Westside and Bayside schools, in conjunction with the Gibraltar Amateur Basketball Association, were delighted to host basketball legend Carlos Cabezas.

Last Friday, over 150 students and members of staff gathered at the school’s sports hall to learn first-hand about the journey and challenges of professional sportsmanship. In the audience were Year 10 Physical Education GCSE students as well as Year 9s who have opted to take on the subject next September. A number of Gibraltar’s basketball youth players were invited to join the event.

Better known for his time playing for Unicaja de Malaga (2000-2009), Carlos Cabezas was an integral part of the Spanish national team. Cabezas won the gold medal with the senior Spain national basketball team at the 2006 FIBA World Championship. He also won the silver medal at the EuroBasket 2007, and the gold medal at the EuroBasket 2009. As a player, he has played in the Spanish league, Russian Super league and in France. More importantly, in 1998 he became a world champion at 18 years old, making his visit very relatable to Bayside and Westside students.

Carlos Cabezas addressed his young audience by sharing with them his experiences during his time as a professional basketball player as well as the challenges he faced in his journey. Mr Cabezas emphasised the importance of dedication and consistency in all areas of life in order to achieve your goals. Additionally, he spoke about resilience and how vital this had been in overcoming obstacles over the years. He recalled fondly how his parents, especially his father Carlos Cabezas Snr, a former basketball player and coach himself, had played an integral part in his career.

The presentation was followed by a question and answer session, with the questions ranging from “Who is the most famous person you have played against?” to “What is your most memorable moment of your career?” Finally, the students were treated to a display of his skill and ability as well as a chance to challenge Mr Cabezas to a ‘one on one’.

Teachers Monica Brown and Adam Cassaglia, said: ‘It was encouraging to see how enthusiastic and interested our students were in learning more about Carlos Cabezas’ career. In just under 2 hours that his visit lasted, Carlos Cabezas undoubtedly left an indelible impression on our young students and athletes. He raised the profile of local basketball and gave his audience an opportunity to appreciate how hard work, dedication and resilience pays off. All who attended were very grateful for his visit and hope to see Carlos Cabezas back in Gibraltar soon.’ 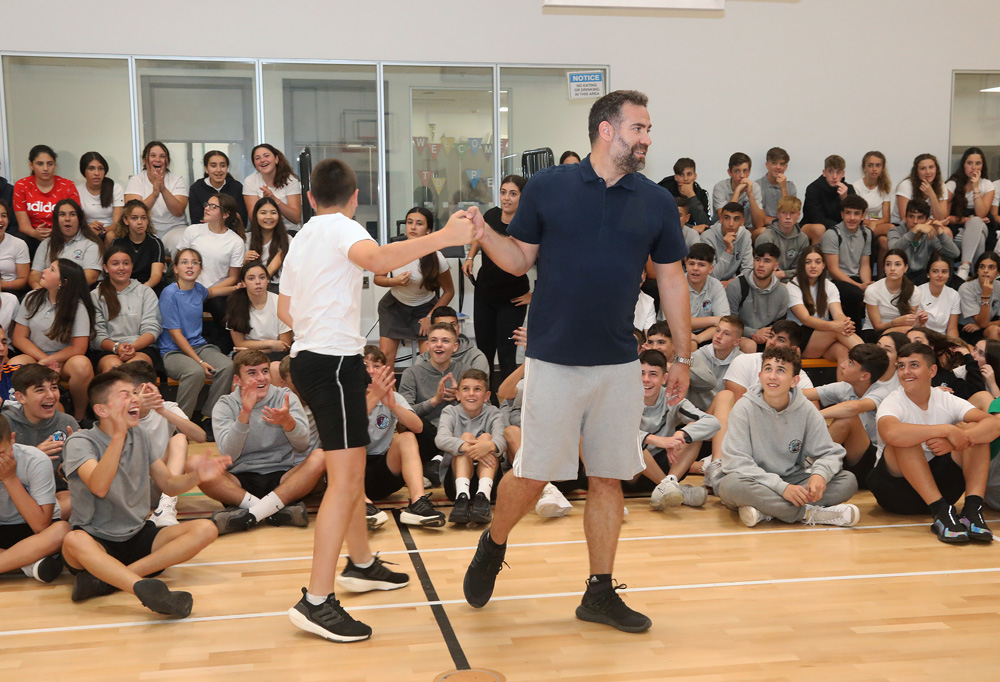 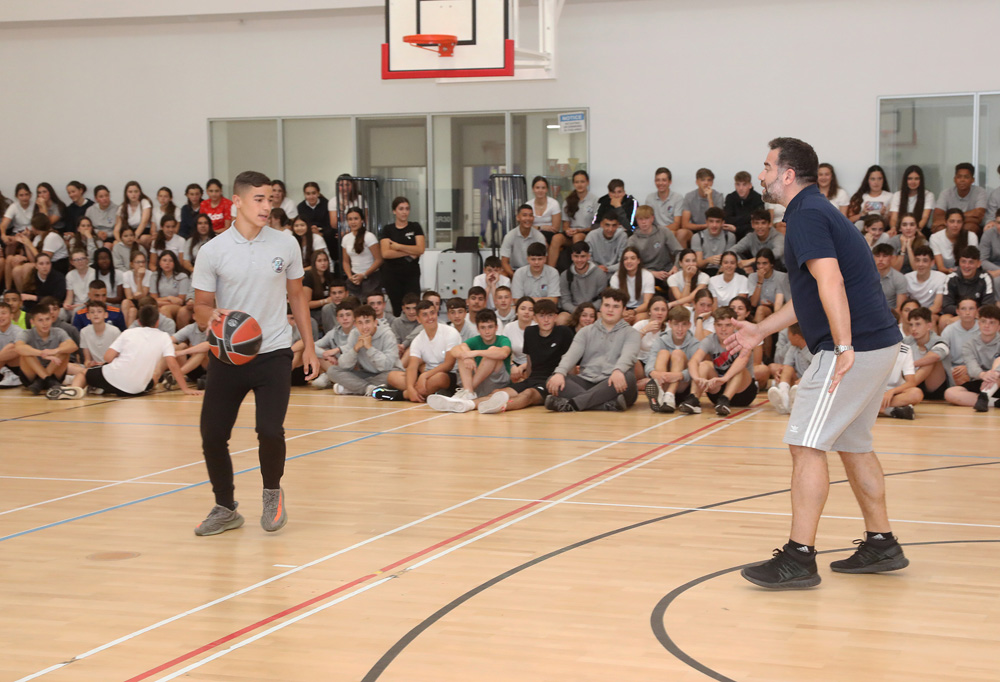 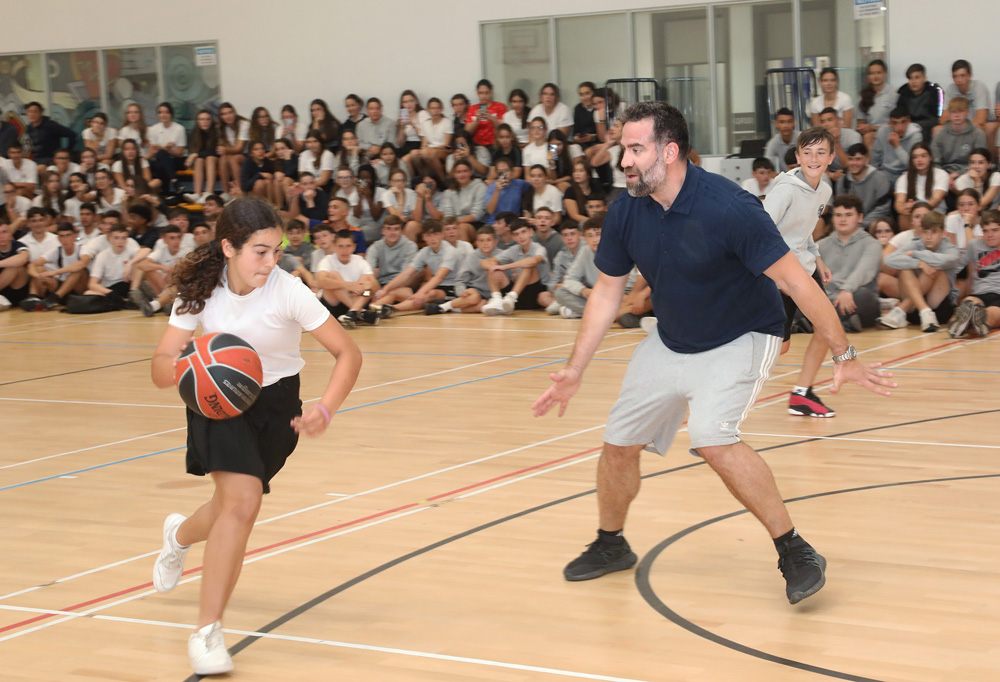 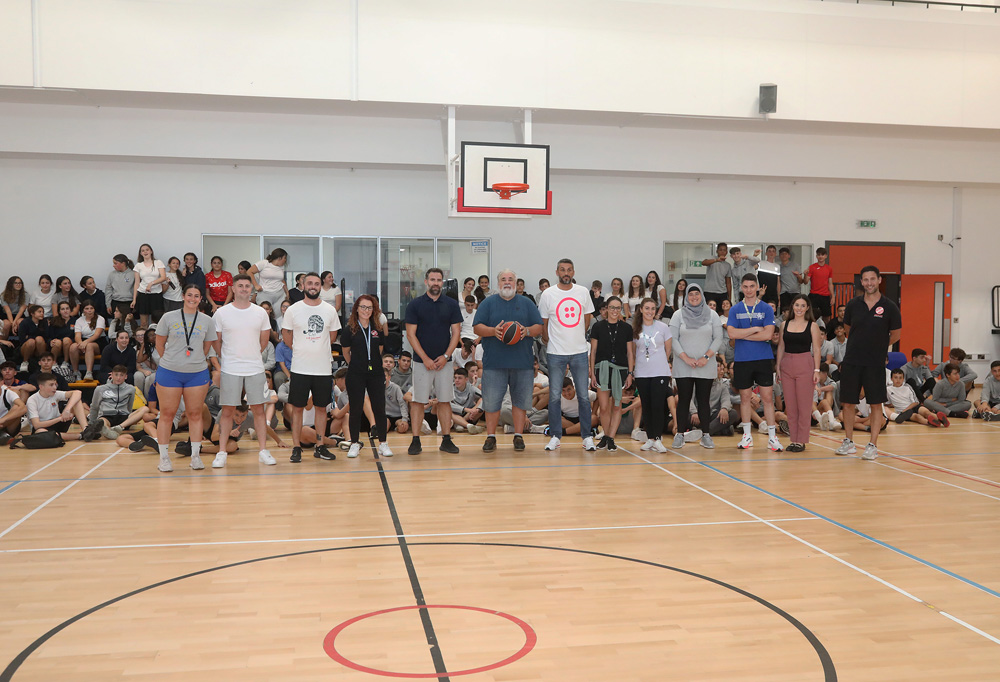