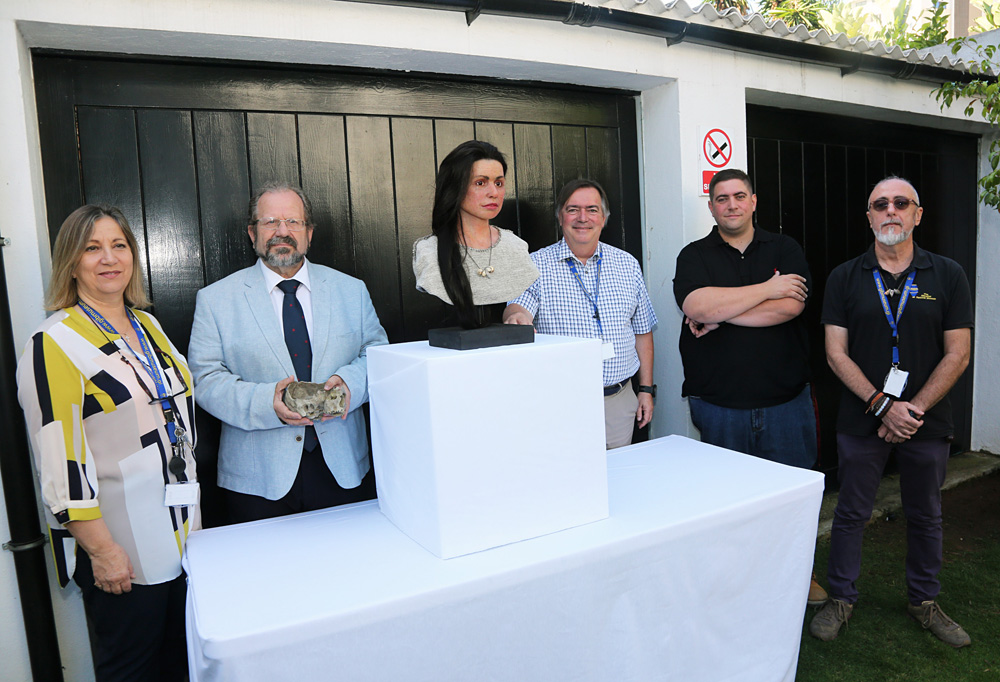 The Minister with responsibility for Heritage, John Cortes, this morning unveiled a forensic reconstruction of the head of a Neolithic woman who lived in Gibraltar 7.5 thousand years ago. Named “Calpeia”, a reference to the Rock’s classical name, her remains had been found and excavated, by archaeologists working with the Gibraltar National Museum, from a cave burial near Europa Point in 1996.

Recent advances permitted segments of her DNA to be extracted. The results, along with others from different parts of the Iberian Peninsula, were published in the prestigious journal Science earlier this year. For that study the Gibraltar National Museum collaborated with the Harvard Medical School, who have also advised on the details of the current reconstruction. This new information allowed researchers and curators at the Gibraltar National Museum to start a process of forensic reconstruction in an attempt to put a face to the skull. The skull had been deformed post-burial so the process involved included the reshaping of a scanned copy of the skull, and completing the missing areas. The result is a realistic portrayal of the head of Calpeia.

Speaking at the unveiling, Minister John Cortes highlighted the incredible accuracy and detail that had been achieved. A combination of the technology currently available and the skills of Gibraltar National Museum Conservator, Manuel Jaen, had made this in-house project a reality. It was appropriate, according to the Minister, that this face of the earliest known modern human “Gibraltarian” woman to have lived on the Rock, was being unveiled during National week.

The Neolithic or New Stone Age is marked by the spread of agriculture from the Middle East. It is accompanied by the first ceramics. Calpeia’s genes showed that she had around 10% local hunter-gatherer ancestry from the Mesolitihc but 90% of her ancestry was Anatolian, in present-day Turkey. Either she, or her close ancestors had moved from the eastern Mediterranean and had reached Gibraltar, bringing with them the new advances and technologies that eventually spread across Europe. 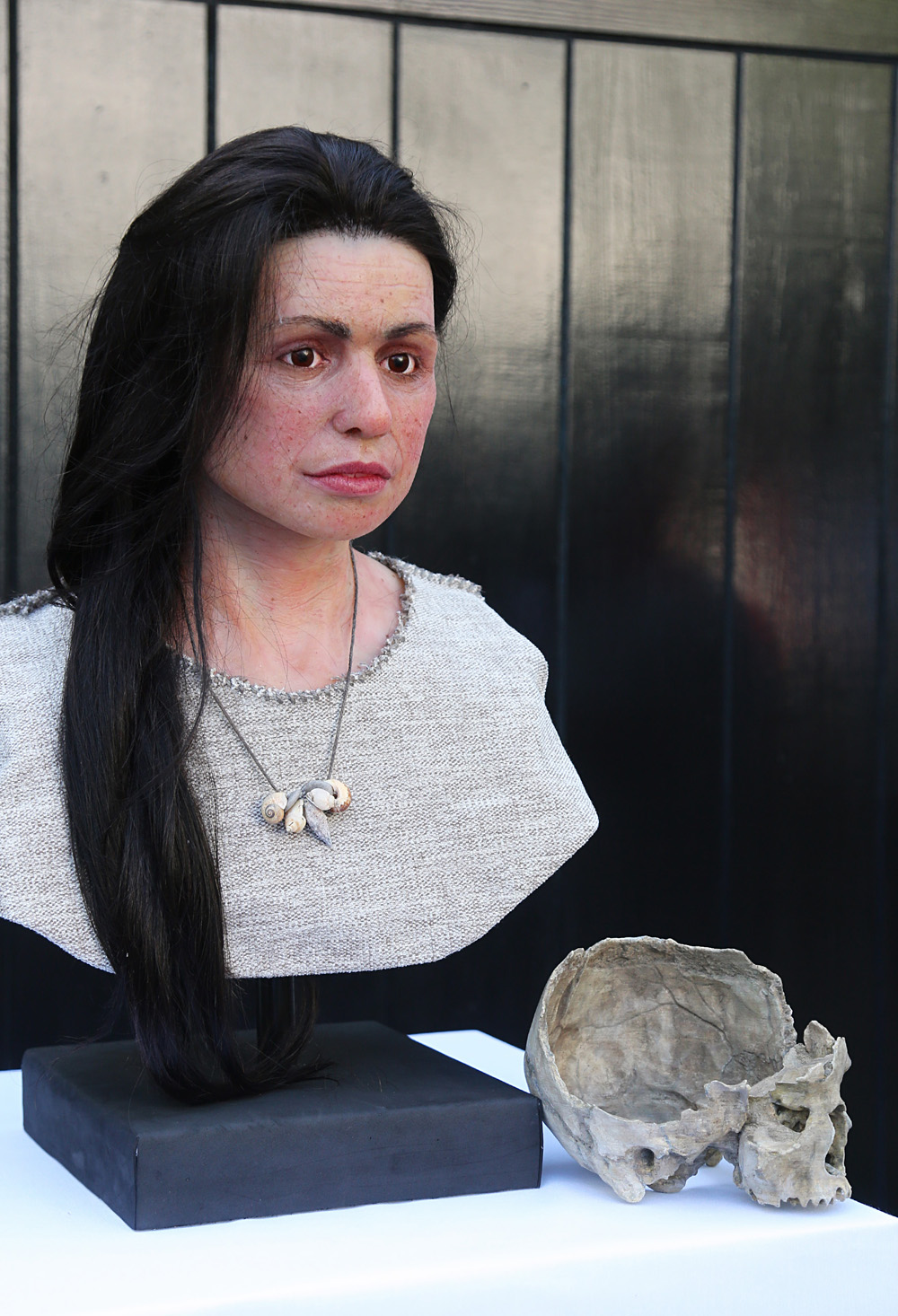 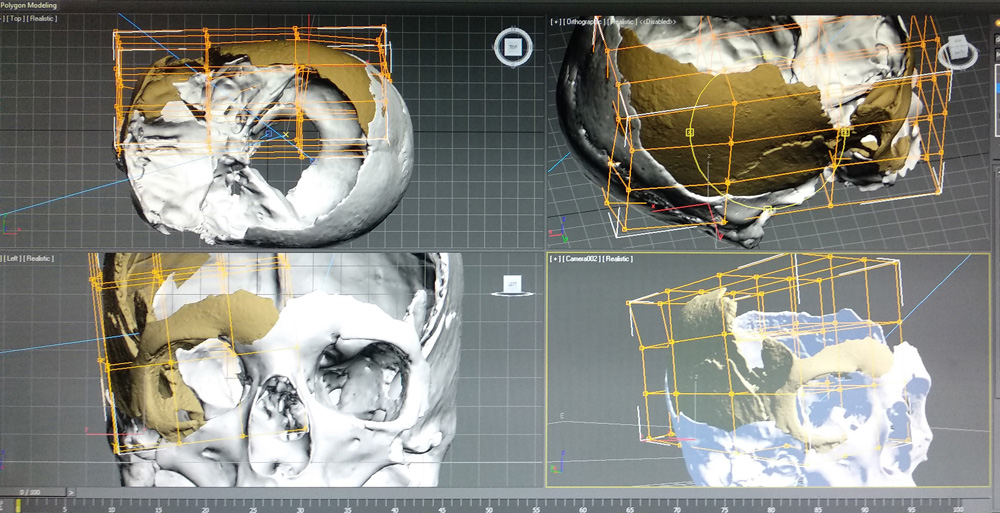 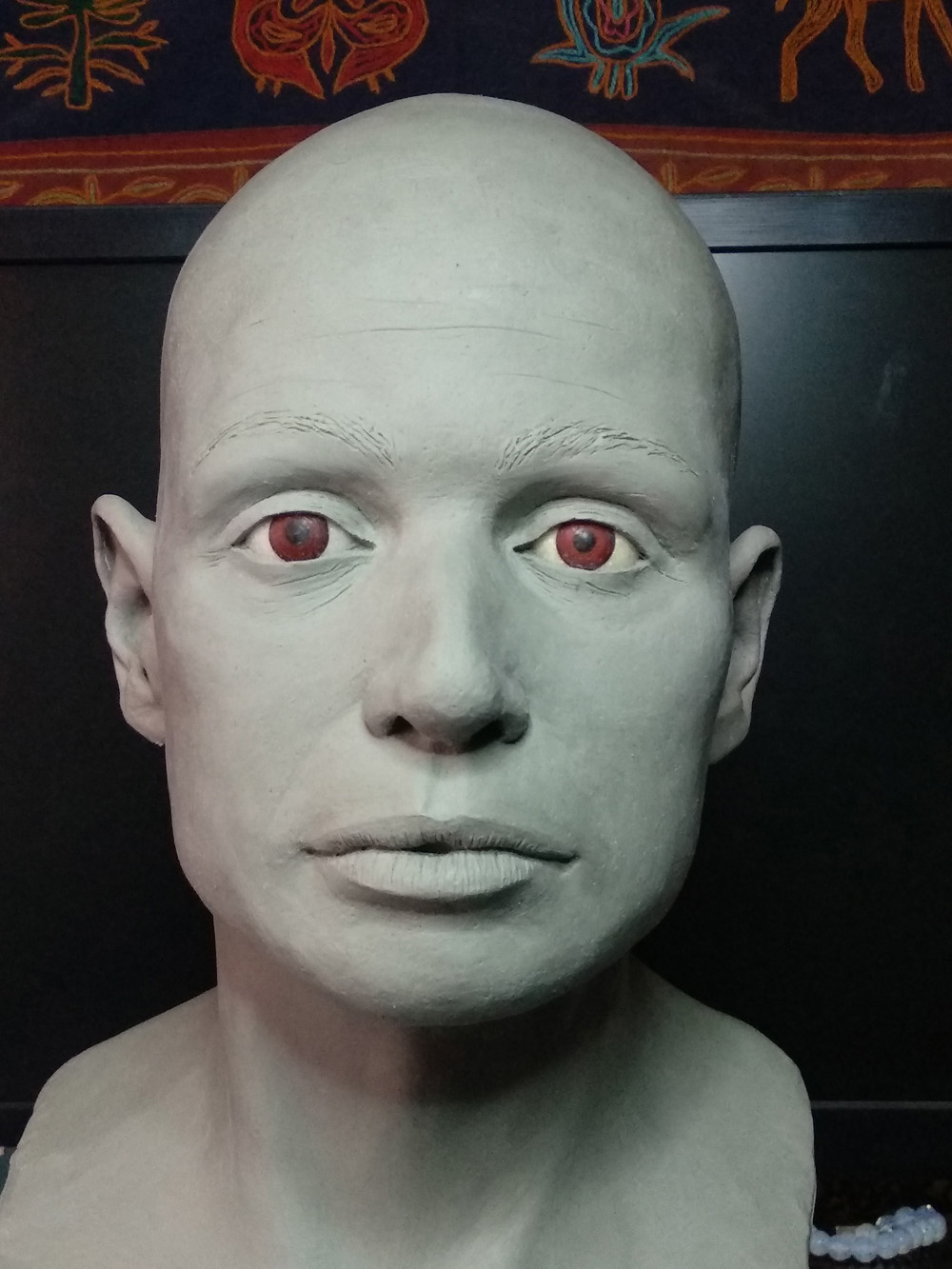 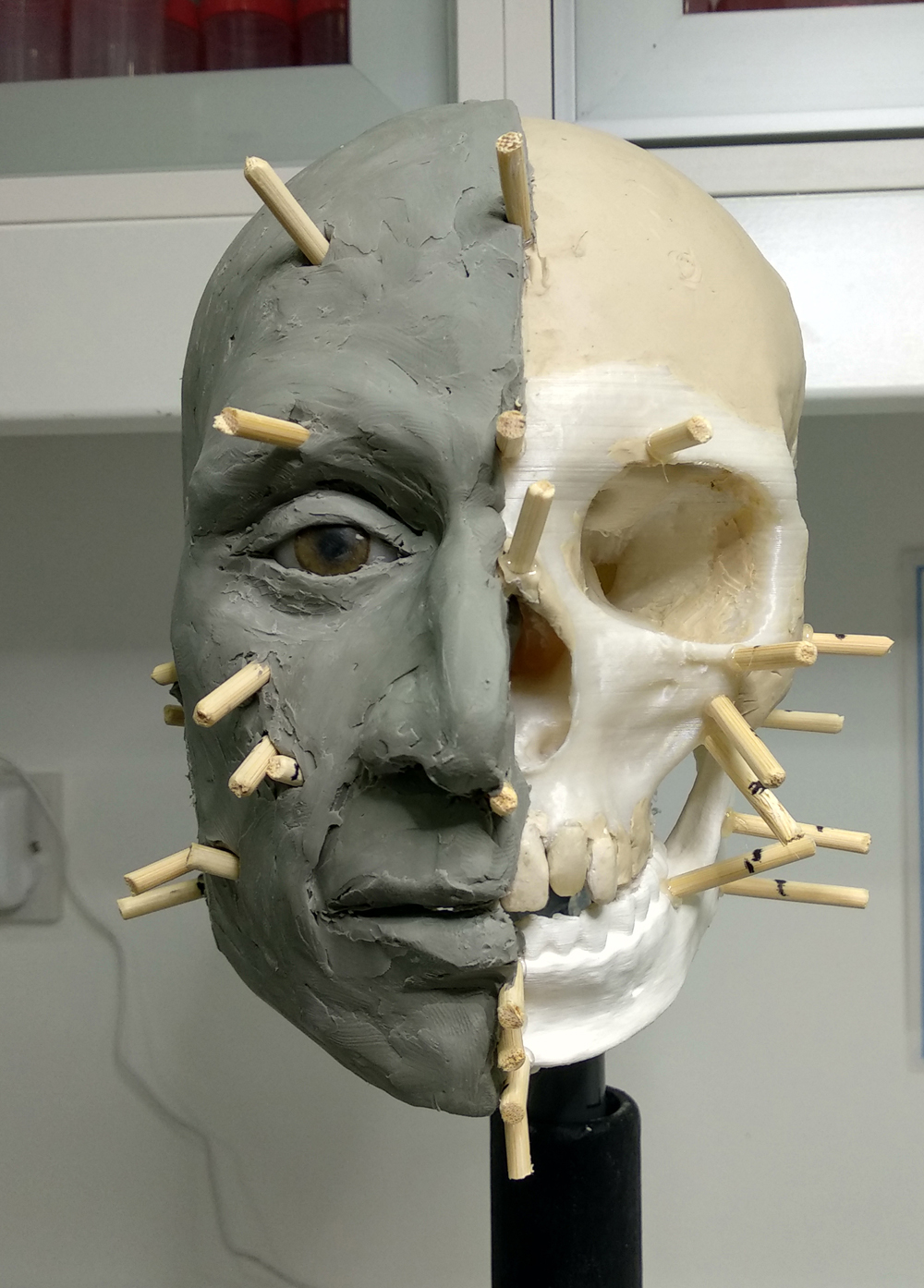 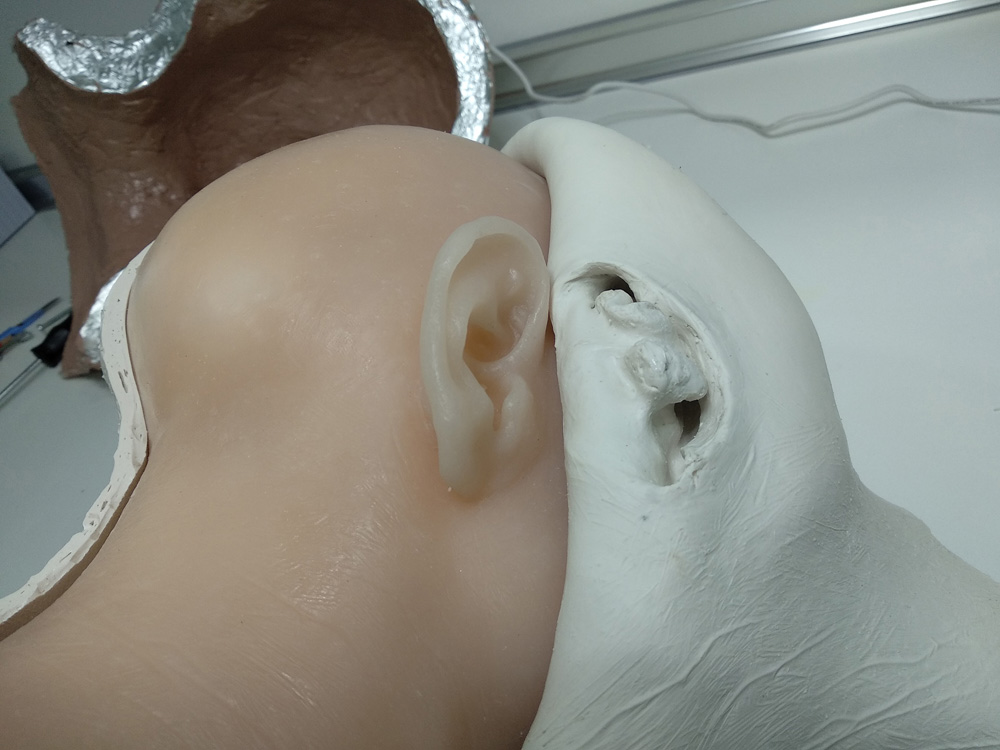