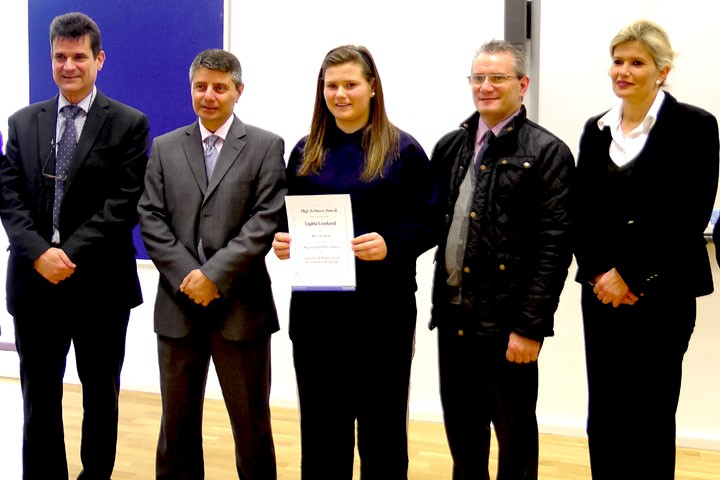 This afternoon, Westside Sixth form student, Sophia Lombard was awarded a certificate from examining board EDEXCEL for achieving the highest grade in Europe for her ICT GCSE.

Education Minister, Gilbert Licudi, who presented Sofia with the award, noted that it was an outstanding achievement that Sofia, her parents and the school should be very proud of.

The Minister noted that just recently, the Ministry and Department of Education were looking to expand the subject in Gibraltar, as it is proving to have a massive impact in business.

Mr. Russo added that interest in the subject had risen notably over the past few years, with GCSE ICT classes rising from approximately 40 students, to over 70, this year. The school’s resources have also improved with a new ICT suite.