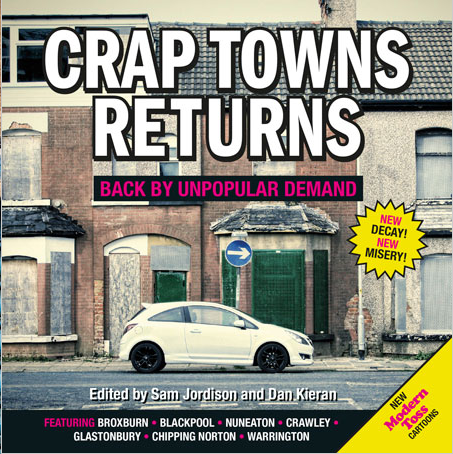 Gibraltar is in a longlist of so-called “crap towns” for inclusion in the second edition of the Crap Towns book. The list of 100 towns will be cut down to a 50 town shortlist to be featured in the book which is described as a guide to the UK’s “worst places to live.”

Gibraltar joins cities or areas that have traditionally been regarded as being centres of crime and poverty such as Liverpool, Hackney and Hull. However, the list is extremely varied with affluent cities like Oxford also included.