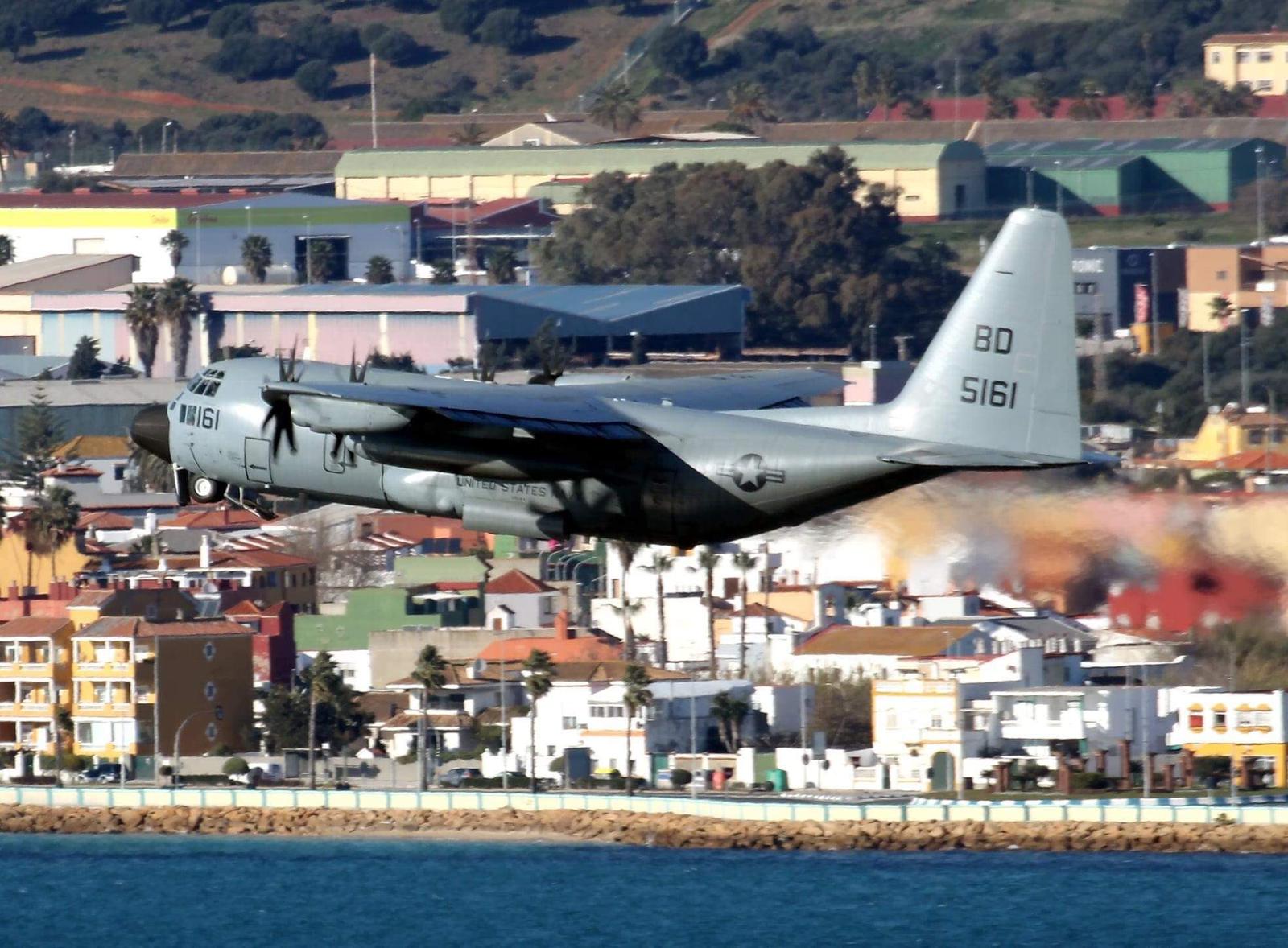 It is said that during the darkest of times you find friends that will always be there for you and in this most challenging of months for Gibraltar that was certainly the case thanks to the Royal Air Force and MoD Gibraltar at large. I dedicate this blog to them with immense personal thanks.

In a month that saw the continuing rise of COVID cases and sadly a number of fatalities across our society there was little cheer to be had but the hope that the much-anticipated vaccines would be round the corner turned into a reality as shall be seen and the logistics of this were thanks to military movements.

Starting with the picture at sea, we had a disappointing month with no Royal Navy visits whatsoever and the Mediterranean-based HMS Trent disappearing from our region for the whole of the month.

It was once again the United States Department of Defense who provided most of the easily unnoticed visits with their charter cargo vessels Ocean Freedom calling in on the 2nd, Ocean Grand on the 10th and the vehicles carrier Liberty Peace on the 17th. Our own MoD charter Ro-Ro Anvil Point did however make two visits on the 9th and the 22nd, ending a most forgetful month for naval presence at sea in Gibraltar.

Turning to the air picture, which certainly did not disappoint, our first visit of 2021 was the United States Navy C130T Hercules 165161 calling in on the 3rd quite possibly as an end to the fantastic visit by USS Seawolf at the end of last year.

The 9th of January saw the arrival of perhaps the most anticipated, closely tracked and most welcome RAF visitor to Gibraltar since the establishment of the service itself. During the gloomy evening of the 9th, A400M ZM407 landed via Runway 27 with callsign ASCOT 4510 as part of an Operation Newcombe sortie. More crucially to the civilian population was the fact that the first doses of the Pfizer BioNtech COVID-19 vaccine were finally on the Rock! The press reported the excellent work done by Flight Lieutenant Bagnall and his crew in bringing this life saving cargo to the Rock. The vaccines were then taken to the storage units at St Bernard’s Hospital with the help of our very own Royal Gibraltar Regiment. The gratitude of the whole city was manifest that evening and many a drink (my favourite Bourbon whiskey in my case) was raised in honour of our firm friends the Light Blue!

The next day saw the return of ZM407 as well as the arrival of her sister airframe ZM416. Our much loved ‘407 was no stranger to the Rock this month, also calling on the 18th and 19th as Operation Newcombe continued into January giving us a fair share of transport movements.

On the 20th another A400, this time ZM403 etched her name into the history books being the second aircraft to arrive to deliver yet more precious vaccines.

Lastly the month ended with another flourish with the venerable C130 Hercules ensuring that after so many decades of sterling service to the Rock in peacetime and in war, she was not to be outdone by her more modern replacements: ZH867 arrived in the evening of the 30th with over 8000 more doses of the vaccine, the largest consignment to date. Ask anyone in Gibraltar how much they love the Hercules and you will see that in the swansong of their most distinguished career, enthusiasts will always speak of ‘867 with a gratitude and fondness befitting their excellent reputation here.

To sum up, January has been one of the hardest months in our peacetime history. The loss of so many of our beloved fellow Gibraltarians has hit hard, practically everyone has had to mourn the passing of a relative, friend or loved one. It was however hugely uplifting to see the many videos and photos of good old ZM407 touching down that gloomy Sunday evening and carrying the most precious cargo that has ever been delivered to the civilian population. Gibraltar has always had a very strong affinity with the armed forces and this has only grown even stronger. It will never be forgotten and I do hope that once normality is restored, we will bestow the Freedom of the City to the Royal Air Force as was mooted last year. What an event that will be!

Conscious of not neglecting the picture at sea, it is concerning to see HMS Trent away from our shores as she provided a modicum of reassurance when less welcome naval visitors call with their easily predictable frequency at sea and now in the air. I do hope for an increased naval presence for next month and the only decrease I wish for is in COVID cases!

As we emerge from our second lockdown I urge my readers to keep following the guidelines and keep safe, rest assured that as far as I can I will be here to explain what next month brings our way! 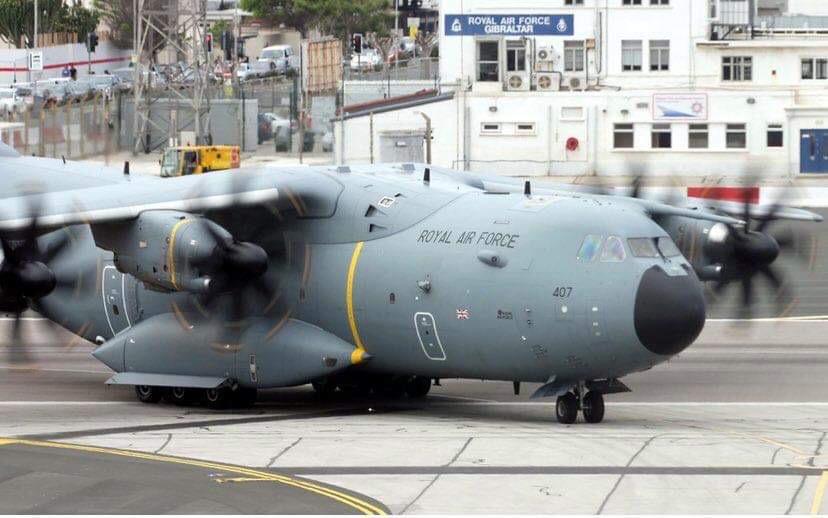 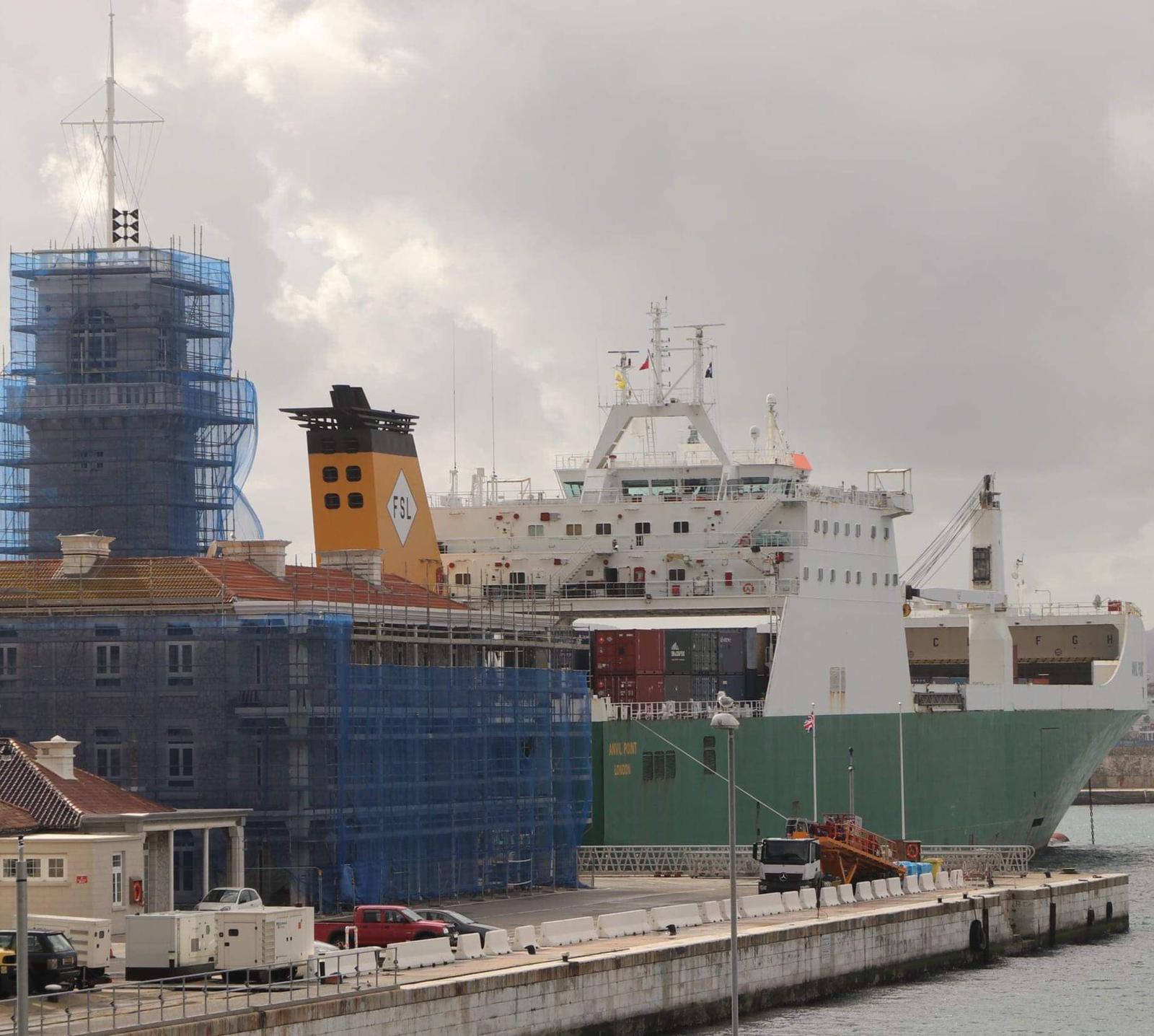