Due to the elevated emotions surrounding the apparent last-minute cancellation of HMS Queen Elizabeth’s call in our waters I felt it best to forgo an article for May. That being said the month of June has surpassed anything I have ever witnessed in Gibraltar for many a decade in terms of variety and pace of military visits. This article will therefore be a bit longer than usual and long may that continue!

In the air the West Africa air bridge ensured that the practically daily sight of an A400 arrival was once again the dominant feature of movements at RAF Gibraltar with ZM411 calling in on the 6th, ZM412 on the 15, ZM410 on the 18th followed the next day by ZM413. ZM411 made a brace of visits on the 23rd and 25th with ZM412 returning to finish the month off with a couple of back-to-back visits on the 29th and 30th of the month.

Transport movements were not however limited to the ubiquitous A400 and the mighty C17 once again turned heads in their unique manner with a couple of visits by ZZ178 on the 6th and 9th.

The remainder of the flying activity was perhaps the most interesting however. On the 9th of June a United States Navy C26D Metroliner landed in the form of our old friend ‘900528’. Veteran enthusiasts will by now note that this is usually a harbinger of further activity by Uncle Sam so the small and unassuming twin turboprop got the pulse racing and boy did it not disappoint as shall be seen!

A maiden call was then to be enjoyed on the 17th of June. Seldom seen in this part of the world, a Royal Air Force Beechcraft Shadow R1, ZZ504 made the first visit of the type proving that sometimes a small grey propeller driven aircraft can be far more significant and interesting than their larger jet powered consorts!

At sea June saw a hive of activity throughout the month at HM Naval Base Gibraltar that even surpassed the busiest times of decades past.

The month kicked off with the maiden call of the Astute class submarine HMS Artful. These modern boats have not been seen near our shores for quite some time and it was good to have them back. On the 7th the hydrographic survey vessel HMS Scott made a boat transfer in the Bay. On the 9th our good friends the Royal Fleet Auxiliary made an appearance in the form of RFA Cardigan Bay which was returning back home after a highly successful period of operations in the Persian Gulf. The evening of the 10th saw HMS Scott returning and providing us with a fantastic opportunity to photograph two British vessels at the same time on what was a glorious late spring evening.

‘Our’ own Offshore Patrol Vessel HMS Trent then arrived on the 16th from the Black Sea. It was good to see the forward based vessel return to our shores after many weeks.

The stars and stripes were next with the United States Department of Defense chartered vehicles carrier Liberty Pride conducting one of their usual vehicle collections at North Mole on the 18th.

A long awaited and much missed spectacle was enjoyed by an estimated 3,500 locals on Saturday the  19th as Armed Forces Day was celebrated with a very wide-ranging open day at HM Naval Base. Among the very many attractions were HM ships Trent and Dasher. I was overjoyed to be able to step aboard the Archer Class patrol boat, one of my favourite Royal Navy units. It brought back fond memories of my time aboard her sister ship HMS Ranger earlier in the millennium. This event proved successful beyond all reckoning and a very, very big Bravo Zulu (well done!) must be given to all at HQBF for organising a landmark event after such a challenging time. As the Commander British Forces rightly said in the press, it was seen as a thank you for the wonderful and often life saving efforts of the Command during the Covid pandemic and the population as can be seen were overjoyed that a much anticipated and long missed event in the social calendar was back. I sincerely hope this is the first of many. What most struck me was the mutual understanding that was built up by civilians meeting military personnel and asking the questions on the minds of many. Few left the event not feeling better educated about the frustrating issues we encounter at sea.

The best was saved for last however. On the 23rd the MoD Ro-Ro Eddystone arrived and offloaded two Royal Marines Offshore Raiding Craft. That was directly linked to our final visitor of June. One that stands out as perhaps the most remarkable in decades.

On the 28th the United States Navy Ohio class ballistic missile submarine USS Alaska arrived amid fearsome force protection. This is the first time that a ballistic missile boat has called at the naval base since the 1990s. The sight of this 170-metre-long behemoth at South Mole made many passers by at the Mid Harbour Marina gape in awe. I would know, I was there every day after work! The fact that the United States Navy has given this visit extensive social media coverage and has entrusted our naval base and city with hosting one of their prized strategic assets, armed with various Trident nuclear missiles shows the respect and trust they have in HM Naval Base Gibraltar. Once again a very big Bravo Zulu must be directed to them for ensuring that such a delicate operation was carried out in such a highly professional manner.

In sum, June made up for the frankly bitter disappointment that was the lasty few weeks of May. In very short order the mood went from a feeling of let down and despondency to one of buoyancy and a feeling that finally, this time, a corner seems to have been turned in terms of our relevance for defence affairs to the United Kingdom and beyond. If this keeps up I will need a few more SD cards for my camera and lengthier articles but rest assured I will always be there to guide you through it! 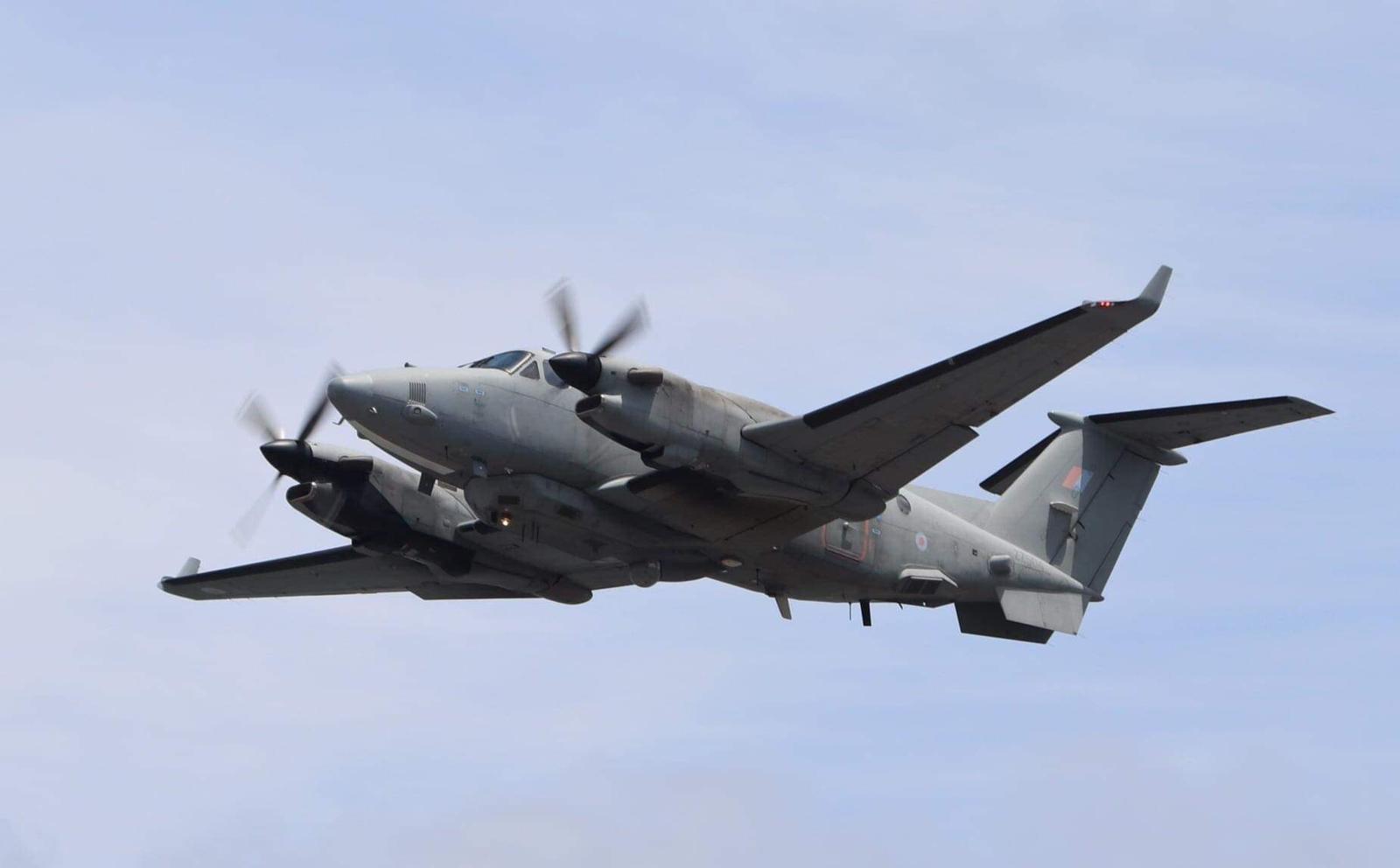 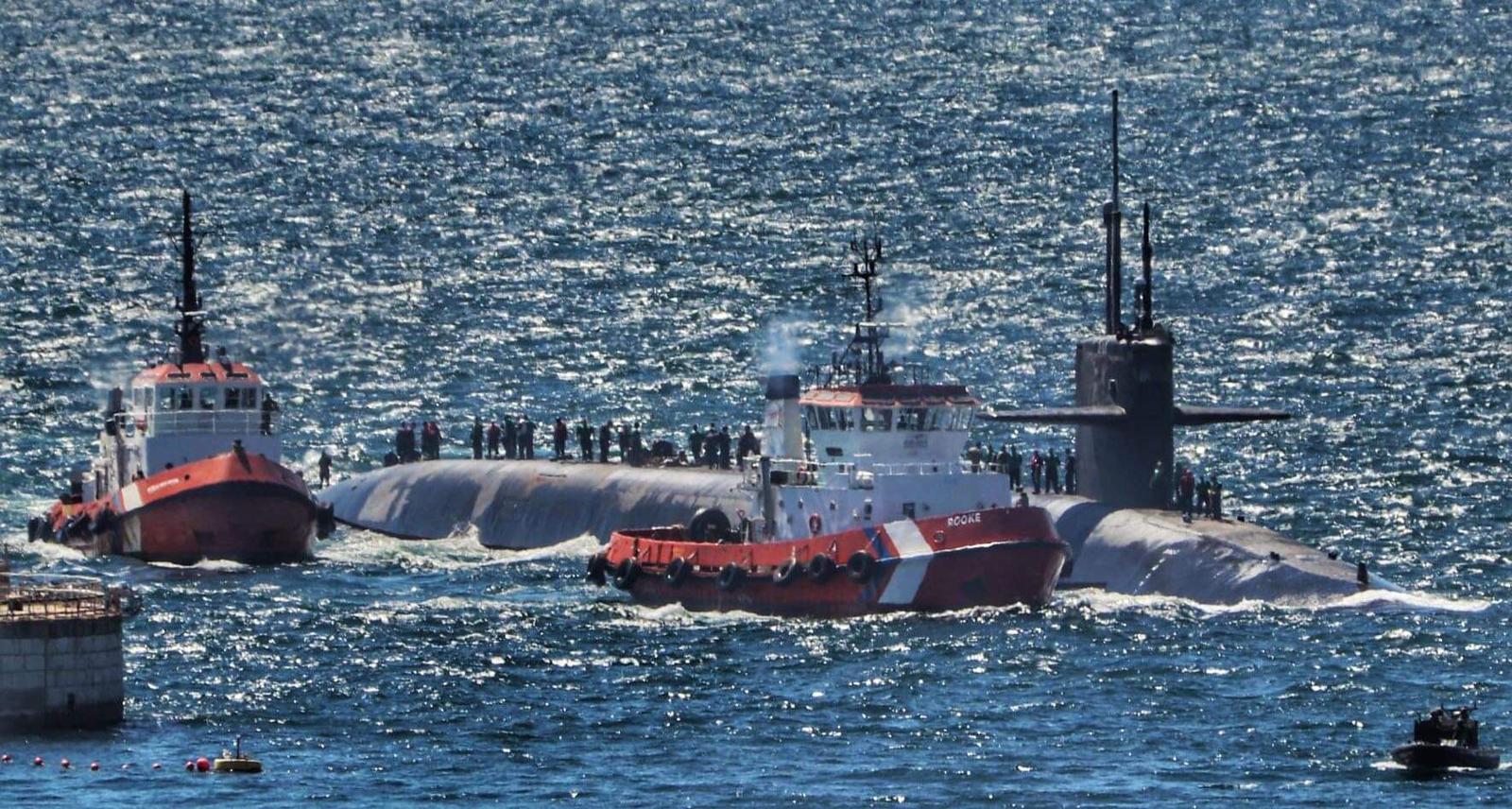