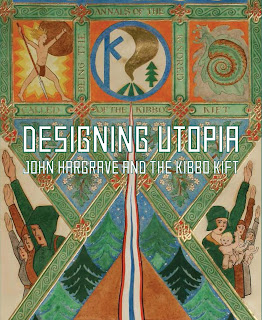 I recently had major surgery and was told not do anything for six weeks. SIX WEEKS! No lifting, no household chores, no driving, nothing. I thought I would finish off my new novel but that was impossible due to an inability to sit upright at a desk for long periods and the terrifying realisation that my brain wasn’t working correctly because of the sudden, dramatic loss of ovaries, cervix and womb. The only sensible activity was to read a lot of books. I list them here in order of date read with a brief review. Please bear in mind that during the course of this marathon my state of mind was in flux (possibly brought on by some of the reading matter but who knows).

I am in a book club and this was the August read. It’s a contemporary story about a Mexican mother and young son trying to escape from Acapulco after their entire family is gunned down in the garden during a barbeque. Well written and mostly good but the mafia boss was supposedly a bookworm who liked to write poetry and I did not believe in the character at all. She should have written him simply as a cold-blooded, psychopath which would have been more plausible.

House of Glass: The Story and secrets of a twentieth-century Jewish family – Hadley Freeman

I can read anything about 20th Century European history (including The Tattooist of Auschwitz which was dreadful) and never get bored.  This epic family history starts in Hungary and travels to Paris with an American offshoot. Alex the poor immigrant who becomes a fashion designer, works with Dior and at one point jumps from a train en-route to the death camps is a particular favourite.

A Prisoner of Birth – Jeffrey Archer

I have never read a Jeffrey Archer novel and have never wanted to. My boss (Englishman born in the sixties) is a big fan and thinks he is ‘brilliant’ and told me that I ‘must’ read him. With a very, very long, deep intake of breath I bought this book. It was a page-turner, I’ll give Archer that, however it was riddled with clichés and stereotypes, but I did make it to the end of the book.

The Journalist and the Murderer – Janet Malcolm

Mark Kermode was raving about Janet Malcolm on twitter and I respect his opinions. This is a study about the ethics of journalism and opens with: "Every journalist who is not too stupid or too full of himself to notice what is going on knows that what he does is morally indefensible." Excellent stuff.

The badass mafia boss in American Dirt had two favourite books and this was one of them. It’s highly unlikely that such a man would delight in a story about a school girl, her father, and her maths teacher whose lives intertwine in present-day Greenwich Village. Fictional opinions aside this was a brilliant read if you enjoy the heartfelt complexities of fallible human beings.

All women my age and older told me there was no point reading this book as surely it would be ‘terribly out of date’. Being 52 I thought it was high time I did my duty and trawled through the feminist classic. Some of the language and terminology is archaic, outmoded and offensive but if you get past the lengthy Shakespearian references a lot of what Greer describes sadly still happens today. Read this book but have your best skimming finger at the ready.

Who would have thought that Gustav Klimt was influenced by a bloke from Scotland (actually it was his wife who had the greatest effect on the Austrian giant). If you like art nouveau you’ll love CRM the Gaudi of Glasgow. Of course nobody appreciated him until after he was dead.

This is the other book favoured by the mafia boss in American Dirt (if that novel did nothing else at least it introduced me to two cracking reads). Set in Sligo it charts the life of a young man coming-of-age during the Irish War of Independence. It is far more believable that the mafia boss would enjoy this story but I am still unconvinced that he read literature at all. I think they were the author’s two favourite books and she weirdly had to intertwine them in one of her stories, very odd. Barry’s story is a birth-to-death adventure full of misfortune and unfairness.

I have yet to read anything by Dominicans or about Dominicans that is bad. All the stories are horrible and heart-wrenching of course but the descriptions of food, especially those fried bananas, make the stories even better if that is at all possible.

You know when you buy things from Amazon by a particular author they try and flog you everything by that author. I could see by the title and the cover that this book would be nothing like House of Glass but I fancied something light and wanted to hear what women a bit younger than me thought about modern life. Freeman is very witty and this book lead me onto the next one…

Call me trashy but I was intrigued to read about Carrie Fisher’s affair with Harrison Ford on the set of the first Star Wars film (the one they made first *yawn* I know there’s a nerdy back-to-front order). Carrie Fisher is hilarious, intelligent, bright and far more than the girl in the metal bikini. I will now read more of her books.

I have read everything by Jessica’s eldest sister Nancy and am as intrigued as anyone else by the crazy Mitford family and all their socio-political comings-and goings. Jessica was the only one who wasn’t right-wing and in stark contrast ran away with her cousin to fight in the Spanish Civil War (she never saw any action but ended up marrying said cousin). Very good book.

By this stage in my recovery, I had resorted to looking at those online lists which tell you the 100 books you HAVE to read before you die. Of course it covers everything including Dickens (who wants to read those dreary long tomes brilliant as they may be, they were meant to be digested in serial form for heaven’s sake!) Henry Miller caused a storm back in 1934 but that was because everyone was in shock not because this was a ‘great work of literature’. This book is a ghastly and tedious stream of consciousness. Full of repetitive descriptions of filth, annoying drunken men and non-erotic sexual encounters. Overuse of the C-word was as unfunny back then as it is today.

It is well remarked that reading a book for a second or third time at various stages in one’s life gives a totally different perspective. The picture in my head of this story was of a young girl discovering a pretty garden and finding some new friends along the way. Not so. Read now through a 21st century lens it’s a tale about neglect, prejudice, mental health, the healing powers of nature and above-all human kindness. It is delightful.

When I read 1984 (in 1985) I was unperturbed. Second time around it was positively terrifying and also far racier than I had remembered. Now with my own hindsight and knowledge of historical and political events at the time it was written I realise that Orwell is an absolute genius; to write that then? Incredible!

Another one from the ‘100 before you die’ list and this time it was worth it. This is so clever. Vonnegut has a story to tell about the bombing of Dresden at the end of WWII but he does not know how to tell it. ‘The allies flew over the city with planes and pulverised everything in a relentless attack, most people died, it was unnecessary’ was not going to cut it, so the author fleshes it out with detail and narratives which include the protagonist being held captive in an alien zoo. Read it please it is just too good.

As soon as I read the expression ‘Gay Narcissist’ (which made me laugh out loud and brought to mind quite a few of my friends) I knew I would love this book. The character Nzinga has to be in the top ten of literature’s most terrifying females; a vegan, fascist, man-hating bully who won’t enter a room where any meat has been. Evaristo’s characters might be highly exaggerated in the eyes of some readers but I think they are all completely believable and realistic.

I first heard about The Kindred of the Kibbo Kift (the nice KKK) in a Kate Atkinson novel and thought she had invented them, but a Radio 4 documentary confirmed that a quirky, inter-war youth movement actually existed. I have owned this beautiful illustrated book for a few years and it has sat on my coffee-table unopened (like many large, cumbersome books in my house). With a week to go before returning to the rat-race what better way to sign off my wanton leisure than be transported to the halcyon era of 1920’s England? Kibbo Kift was a camping, hiking and handicraft group with ambitions to bring world peace, a breakaway from Baden-Powell’s scouts and something for all the family, like belonging to a non-religious benevolent political movement with a dressing-up box. The leader (Head Man) was the artist and writer John Hargrave who styled original garments, crests, posters, flags and other ephemera which are displayed in the Museum of London. Reading and learning about Kibbo Kift was uplifting but the sad irony for this pacifist, socially conscious modern band of humanitarians was that it disintegrated due to the Second World War.