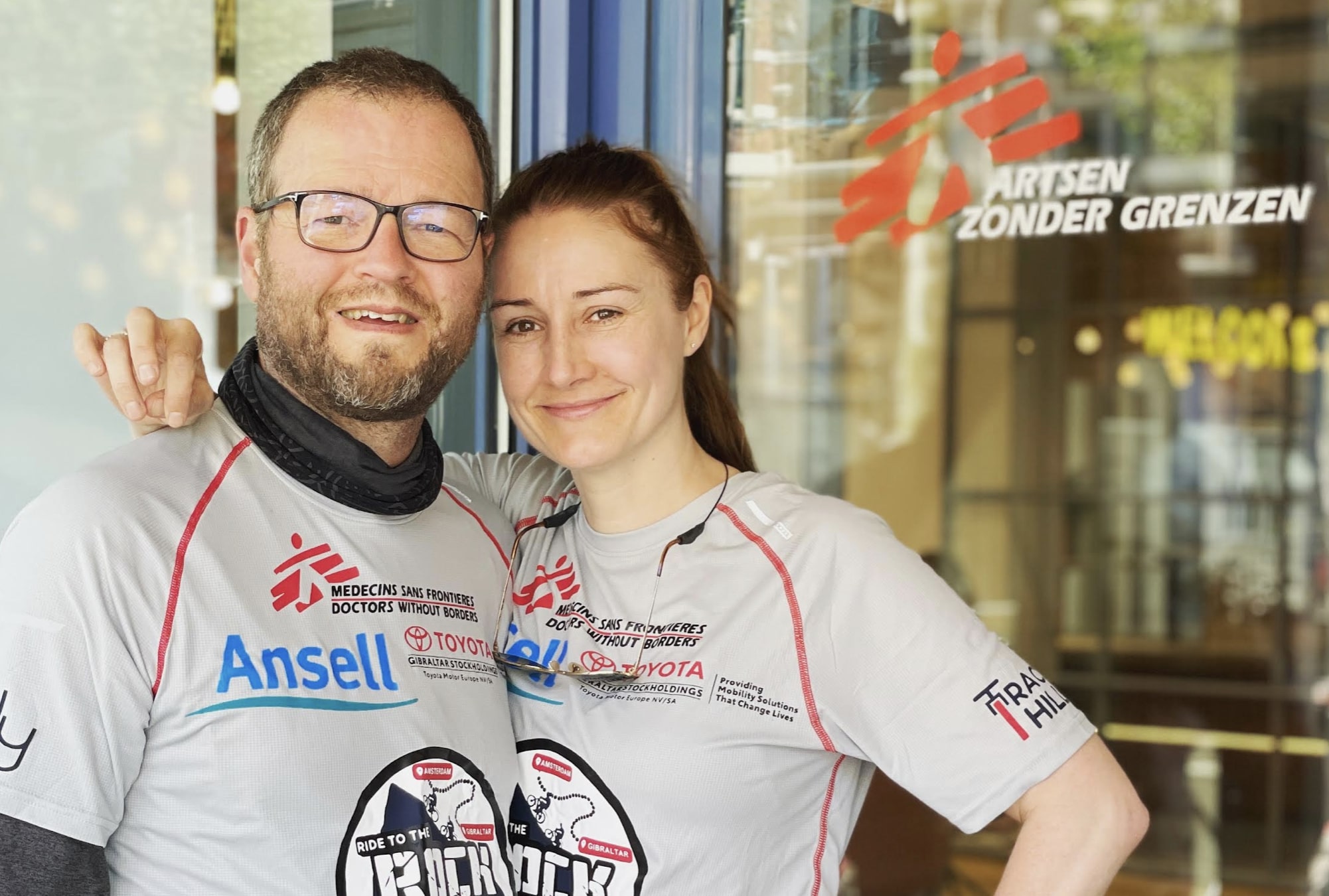 Chestertons have sponsored the final part of a Harrogate couple's 2,000 mile bike ride across Europe to support Médecins Sans Frontières.

A statement from Chestertons follows below:

A Harrogate couple have set off on a 2,000 mile bike ride across Europe to support Médecins Sans Frontières (Doctors Without Borders), with the aim of raising £200,000 for the international medical charity which supports people in places such as Ukraine.

Chestertons is the proud sponsor of the final part of the journey as they enter Gibraltar and finish at our Ocean Village office.

Between them, they have so far raised a combined total of over £130,000 but seek more as they traverse Europe.

Andy and Tracey have been preparing for their marathon journey for nearly two years.

Ride to the Rock will see the couple cycle to Brussels, Paris, over the Jura Mountains to Geneva, through the Alps to the Mediterranean coast, they will then cycle all the way along the Med coast, crossing the Pyrenees to Barcelona before pushing on to finish in Gibraltar in July.

They plan to engage with various media and schools on their journey in order to spread the word about MSF and their fundraising project.

Andy said: "The physical challenge element of our fund-raising is remarkably rewarding. We see kindness and generosity every day, Tracey and I have been overwhelmed by the support we have received during our preparation. The goal of this challenge is to raise as much money as possible for MSF, they then turn your money into bandages, medications, oxygen masks and vaccines for the poorest, for the most desperate people on the planet".

Mike Nicholls, CEO of Chestertons said: “We were delighted to contribute to the cause once we knew of the charity and the final destination.  We will welcome them into Gibraltar and hope to have some kind of event when they finally arrive, to boost their fund raising further.”