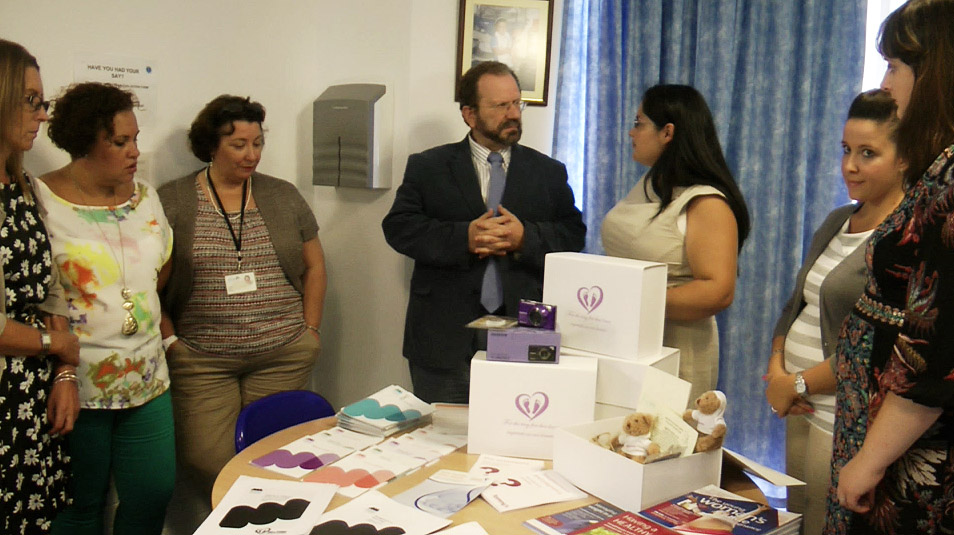 Local Charity BabySTEPPs aims to lend support and care to new parents suffering bereavement following baby loss. The charity has this year raised over £10,000, earmarking 10% of this for research into pregnancy health. These funds have been donated the ‘RESCUE’ project, which studies the best way to treat women who are threatened with premature labour at a stage in pregnancy where delivery would mean that the baby could not survive.

Thanks to financial support provided by the Kusuma Trust, the charity partook in a 3-day training session with a senior member of UK charity SANDS, which deals with Stillbirth and Neonatal Death.

The Charity today presented the maternity ward with a selection of goods aimed at couples suffering bereavement following the death of their child. These included a cold cot-cooling device used to avoid the need for morgue, a moses basket, a digital camera and printer for parents to be able to take photographs of their child and a series of memory boxes including support items for parents, bereavement literature from SANDS, a baby book, and a memory card. The charity also donated a batch of Miscarriage Association leaflets.

Receiving the items was Health Minister Dr. Cortes who urged the charity to keep up the good work. He added that this sort of initiative, dealing with a sensitive but very real issue, was always welcome.