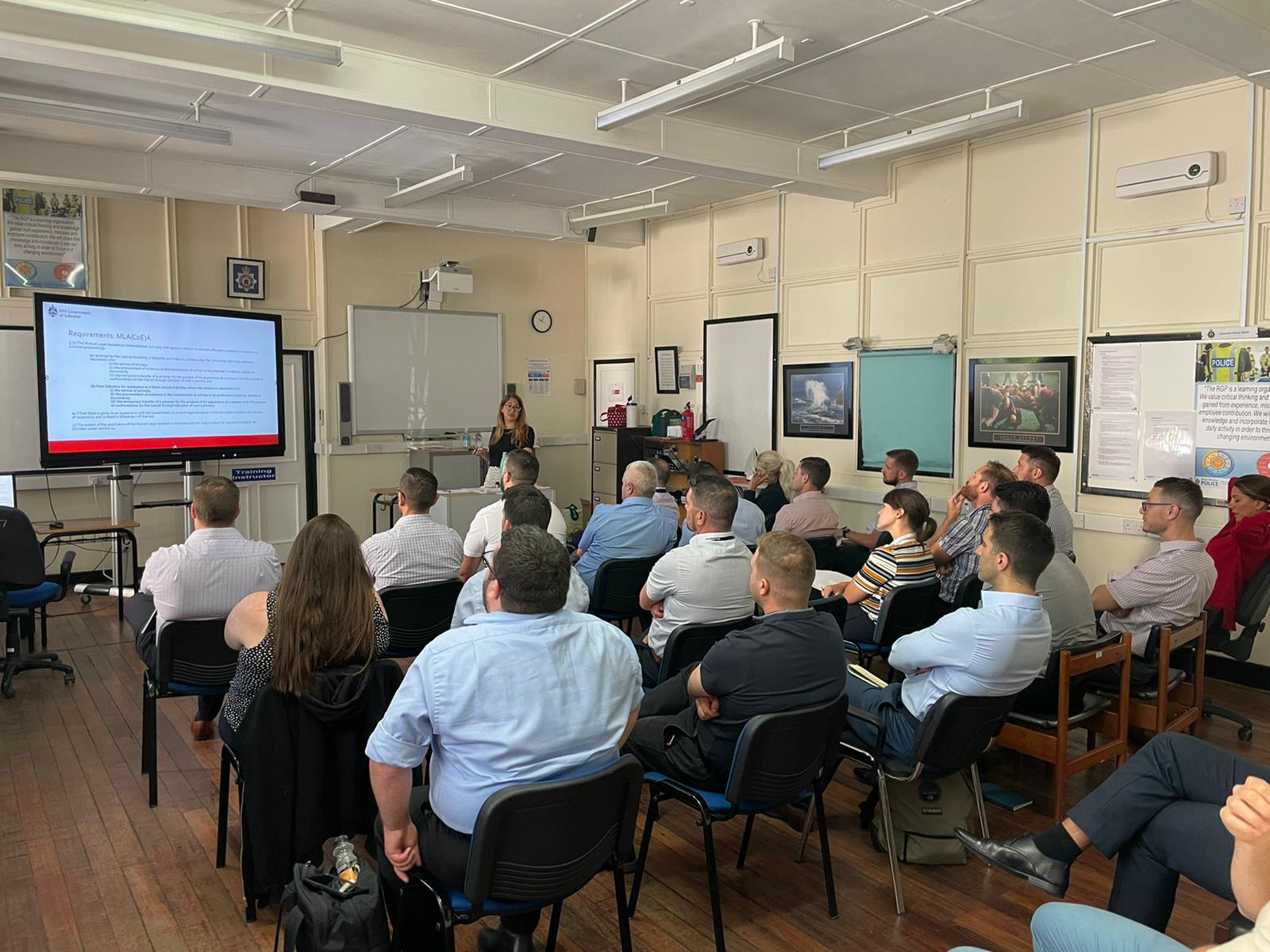 A lecture on how to fight serious and organised crime was given to officers from several government law enforcement agencies at New Mole House today.

The one-off lecture was given by Graceanne Gear from the Office of Criminal Prosecution & Litigations to RGP officers from the Economic Crime Unit and Professional Standards Department, HM Customs and the Gibraltar Financial Intelligence Unit.

Subjects covered included how to deal with incoming and outgoing requests from foreign jurisdictions.

A spokesman for the RGP, said: “Crime knows no frontiers and we, as a jurisdiction, are working together to enhance our international obligations in line with the Government’s Anti-Money Laundering and Terrorist Financing strategy and MoneyVal’s recommendations.