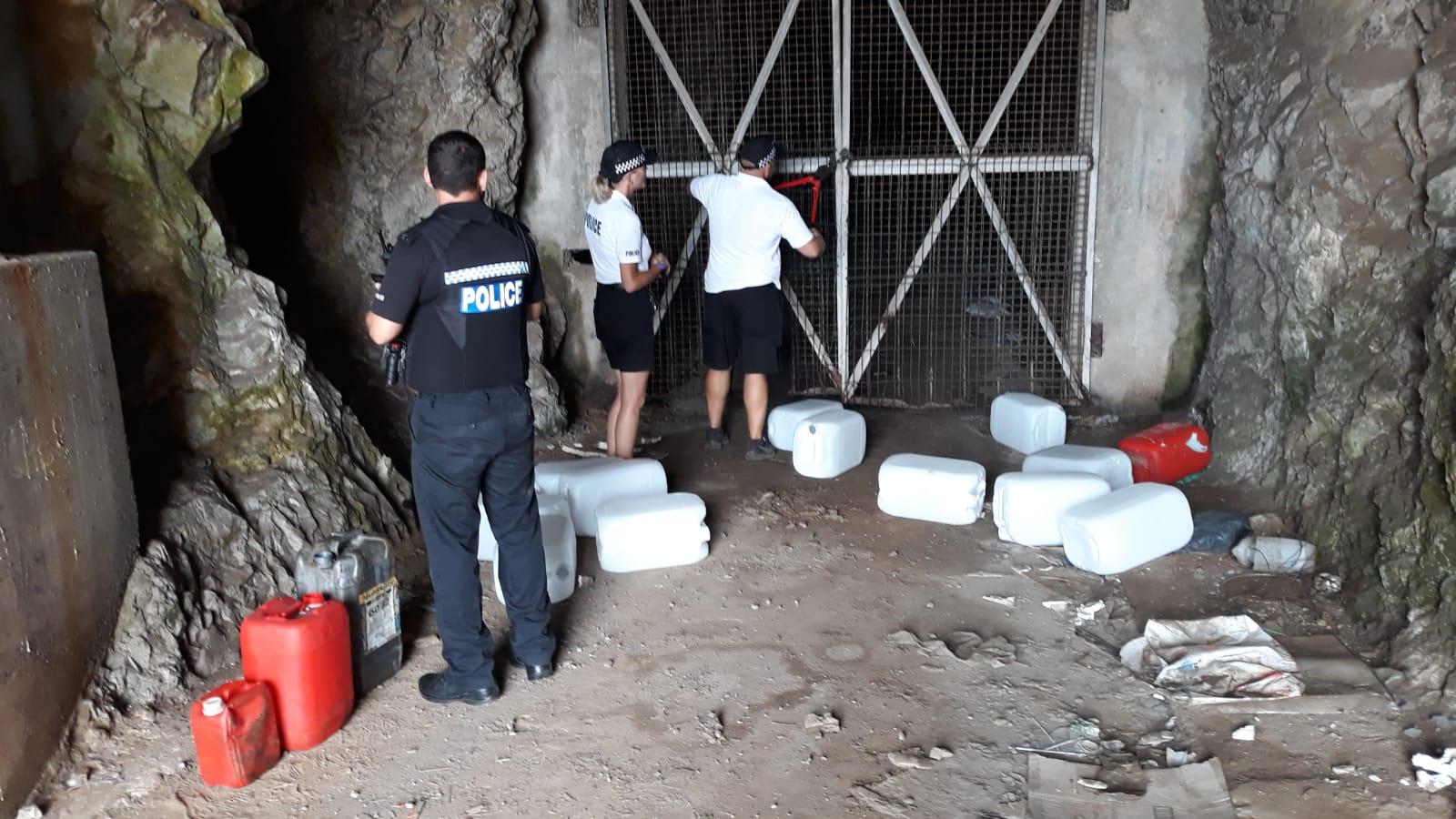 A large stash of fuel containers have been found by Royal Gibraltar Police officers at  Europa Point this afternoon.

Inside an old military tunnel, 82 full and 13 empty plastic fuel containers were found,  which have now been seized by the RGP.

The find was the result of an ongoing RGP operation to locate fuel containers being  stored by organised crime gangs.

A spokesman for the RGP, said: “Storing fuel containers like this is highly dangerous  and a risk to the public.

“We ask members of the public who see a large quantity of these fuel containers to  contact us anonymously.

“Not only is this helping us to tackle organised crime and the drug trafficking trade,  but it’s helping to keep Gibraltar safe.”

The spokesman added that fuel containers like these pictured are often taken out to  sea to refuel RHIBs (Rigid Hulled Inflatable Boat) used by drug traffickers.

An investigation is ongoing.

Anyone with any information should contact the RGP on 200 72500 or 199 in an  emergency – or report it online at www.police.gi/report-online 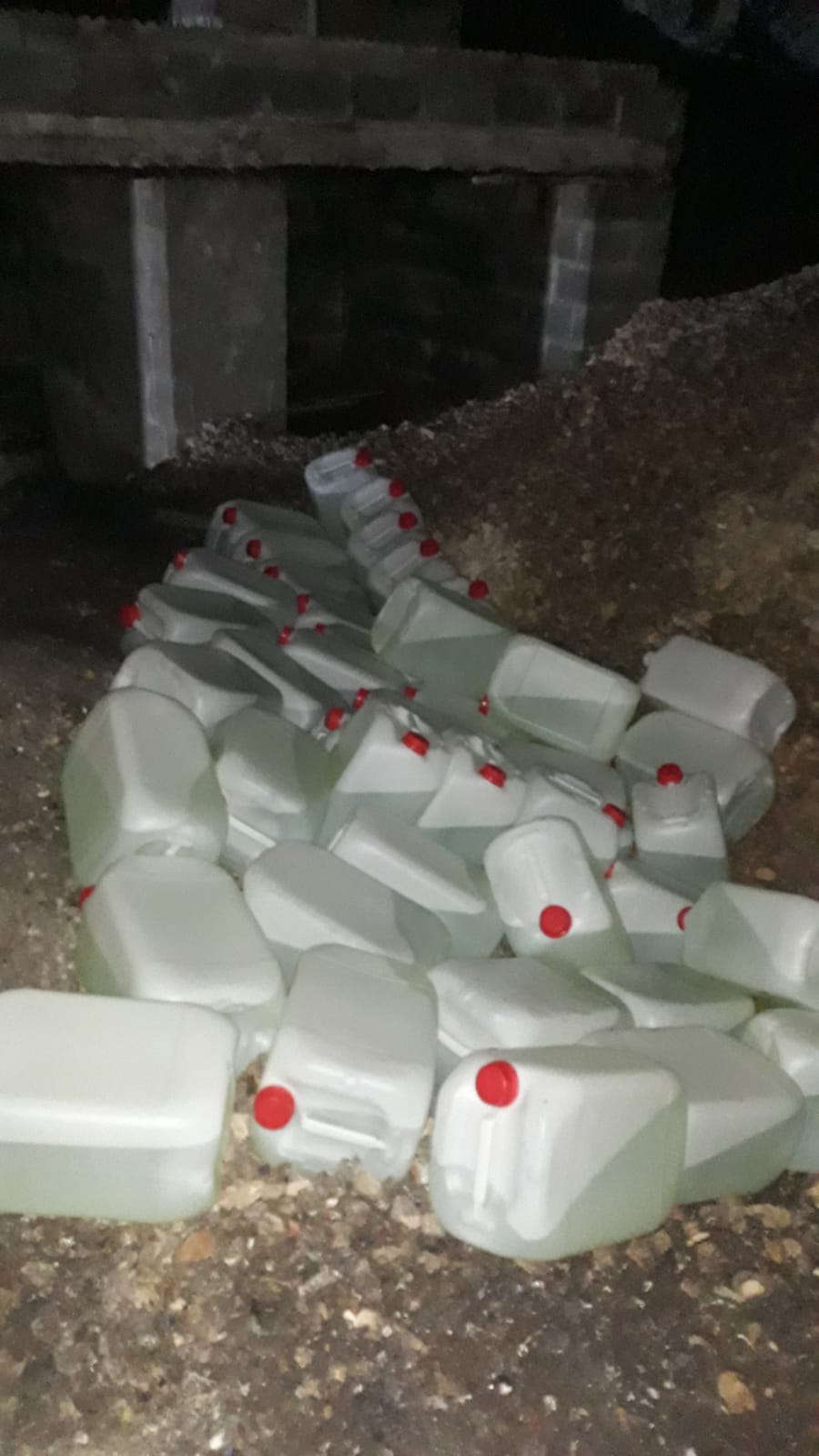